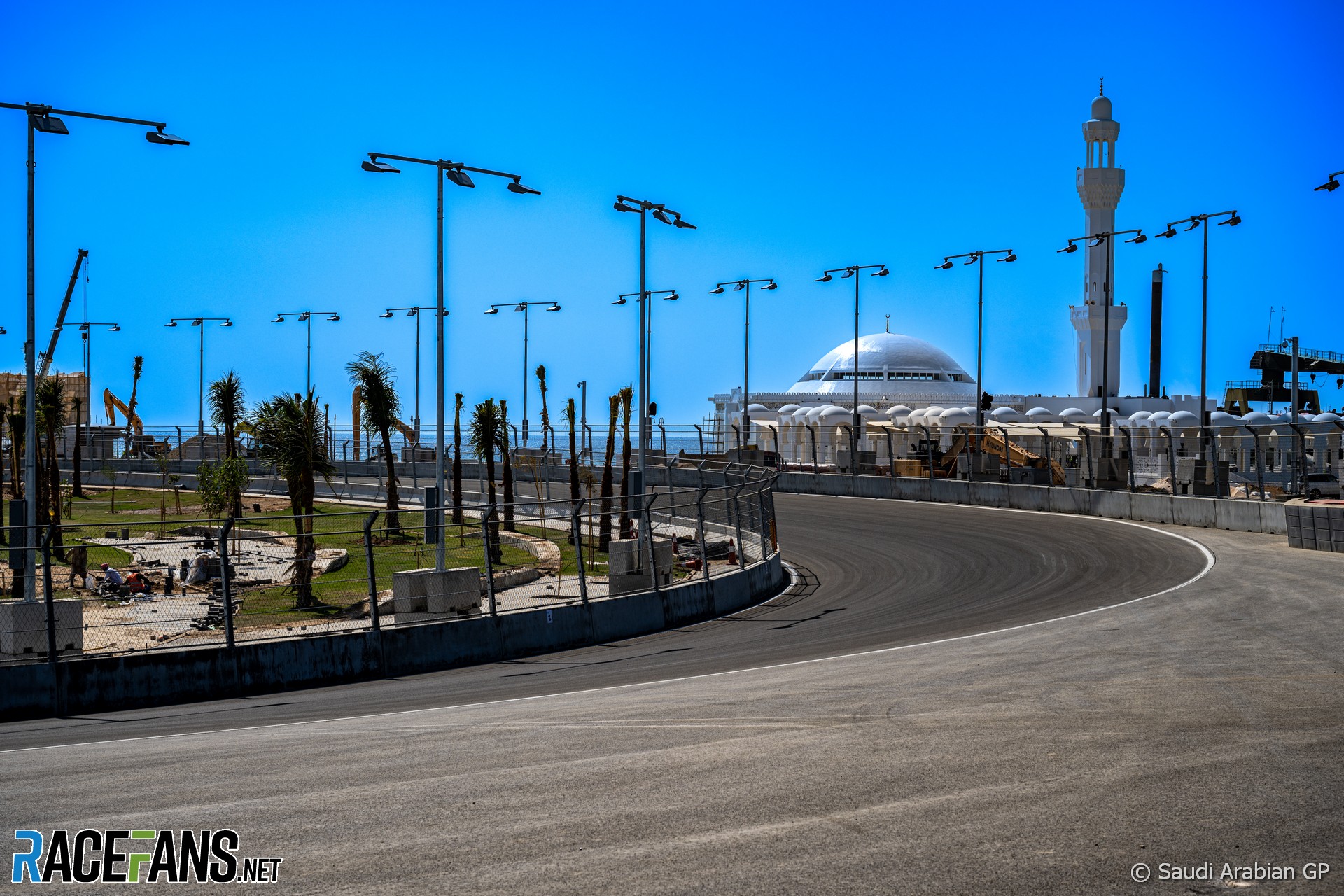 The FORMULA 1 STC SAUDI ARABIAN GRAND PRIX 2021 is the next round on the calendar – and could decide the world championship.

The global series is heading to the Red Sea port city of Jeddah, not far from the bases of this year’s Dakar Rally and Extreme E events. Now the area will host the penultimate round of the 2021 F1 season, and a new, unique and challenging circuit awaits the 10 teams and 20 drivers.

They will do battle on the longest, fastest street track on the calendar, with maximum speeds nudging 322km/h as they roar towards the 27th and final corner on the 6.175-kilometre course. With speeds averaging 250km/h, the 50-lap contest will flash past.

When the chequered flag drops, points leader Max Verstappen could have the championship trophy in his hands. However rival Lewis Hamilton has a habit of winning at new venues and will arrive in Saudi Arabia following back-to-back wins in the previous rounds – a third in the row will re-fire his hopes of taking a record eighth consecutive title.

The fast, winding course with its close walls will punish errors. But with three zones in which drivers can use their Drag Reduction Systems there will be plenty of opportunities for spectacular overtaking moves.

The FORMULA 1 STC SAUDI ARABIAN GRAND PRIX 2021 will take place at night under the lights, enhancing the drama and spectacle. It will provide the climax to a packed weekend of activities.
Enhancing the action on-track, top F1 feeder series Formula 2 will hold three races over the course of the weekend. While Oscar Piastri arrives as the clear points leader, future Alfa Romeo Guanyu Zhou and rivals Robert Shwartzman, Dan Ticktum and Theo Pourchaire are among those who could still beat him to the title.

The entertainment doesn’t just take place on the track. Three nights of concerts will begin on Friday featuring some of the global music superstars such as Justin Bieber, A$AP Rocky, David Guetta and more.

Here’s what to look forward to on all four days of the FORMULA 1 STC SAUDI ARABIAN GRAND PRIX 2021 weekend:

The FORMULA 1 STC SAUDI ARABIAN GRAND PRIX 2021 will showcase Jeddah, a city which is developing as destination for tourism as well as business.

The track has been laid out on an extension of the Jeddah Corniche which is a popular evening destination for families. It is a focal point for the community with cafes, restaurants, shopping centres and much more to do nearby. New landscaping built as a result of the circuit development will add more to the area.

The city lies on the west coast of Saudi Arabia, with deserts to the north, mountains to the east and great marine life in its waters. Another benefit from the circuit construction has been the regeneration of the lagoon which lies within its boundaries.

Building the track required an extensive overhaul of the area, involving land reclamation and the cleaning of the water. Algae and waste were removed – including over 162 thousand tons of sludge – and a cleaning system installed. This will ensure the beneficial effects of the development last well beyond this year’s first race.