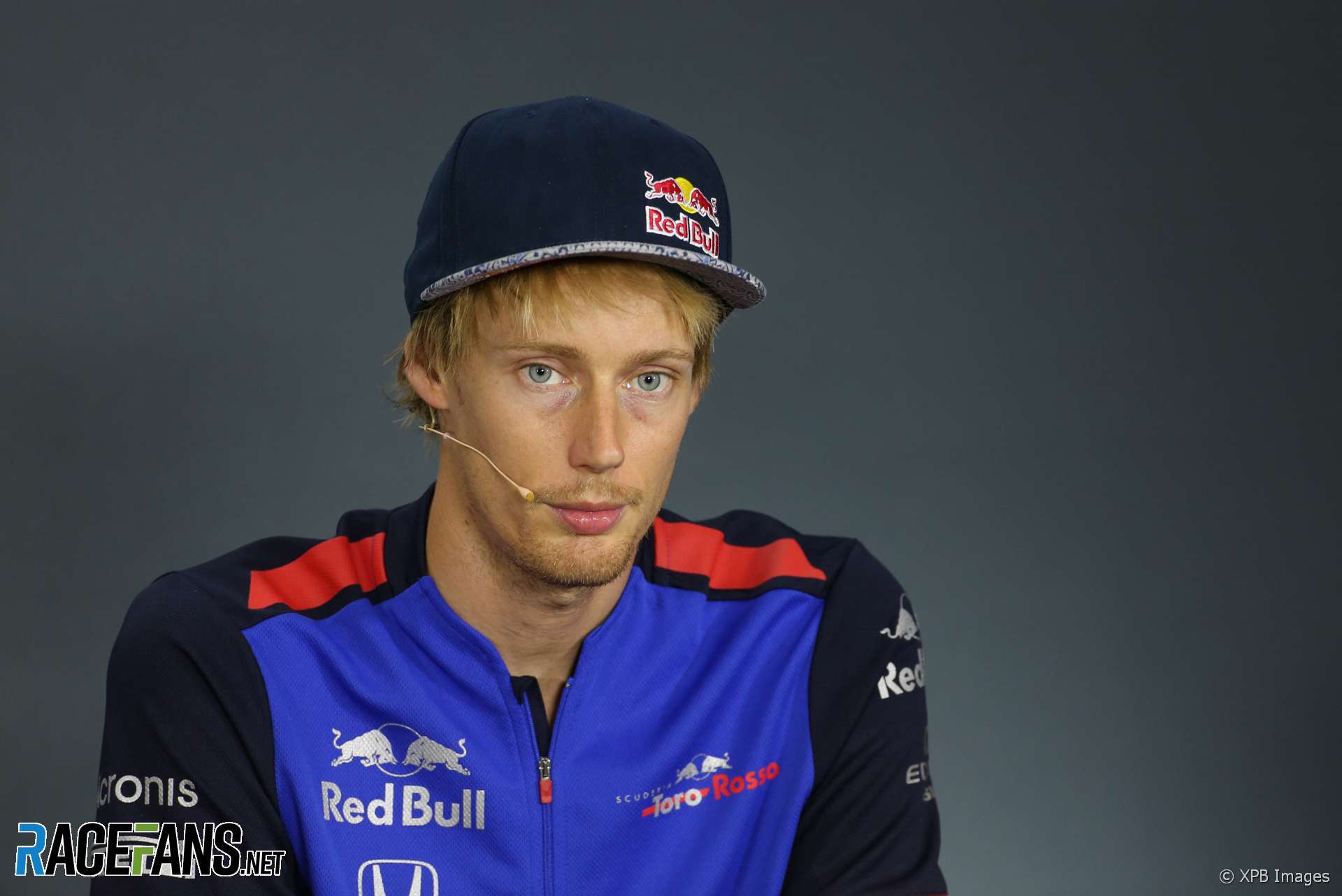 Brendon Hartley admits he needs to score more points to strengthen his chance of holding onto his Toro Rosso drive for the 2019 F1 season.

His team mate Pierre Gasly will join Red Bull next year. However Helmut Marko’s recent remarks that the team has spoken to as many as 10 drivers indicates Toro Rosso may be considering an all-new line-up for 2019.

Hartley, who has scored just two points to Gasly’s 28, acknowledged he needs better results to keep his seat.

“I haven’t really had a direct discussion [with the team] about an exact result but it’s clear I haven’t finished in the points enough times when you compare with my team mate,” he said.

“Some of that was out of my control, some of it part in my control but honestly I’m just focused – one race at a time – on doing my job. And I’m very confident of the job I do behind the scenes and also I know that I’ve been improving the whole season.”

Hartley was eliminated in a first-lap crash in the last race at Monza. He said he has been “in the wrong place at the wrong time a lot of the time” this year.

“But I’m also looking at myself, and what I can do better there. I’m just focusing on doing the best I can one race at a time, and I hope that I’m on the grid next year, which is my goal.”

Team mate Pierre Gasly said the team should target a points finish this weekend and Hartley agreed Singapore is “a big opportunity for us at Toro Rosso.”

“Historically the team’s done very well here. Last year they took fourth place with Carlos [Sainz Jnr] in some tricky conditions. If we take the last two races, we think this would be a strong opportunity for us.”