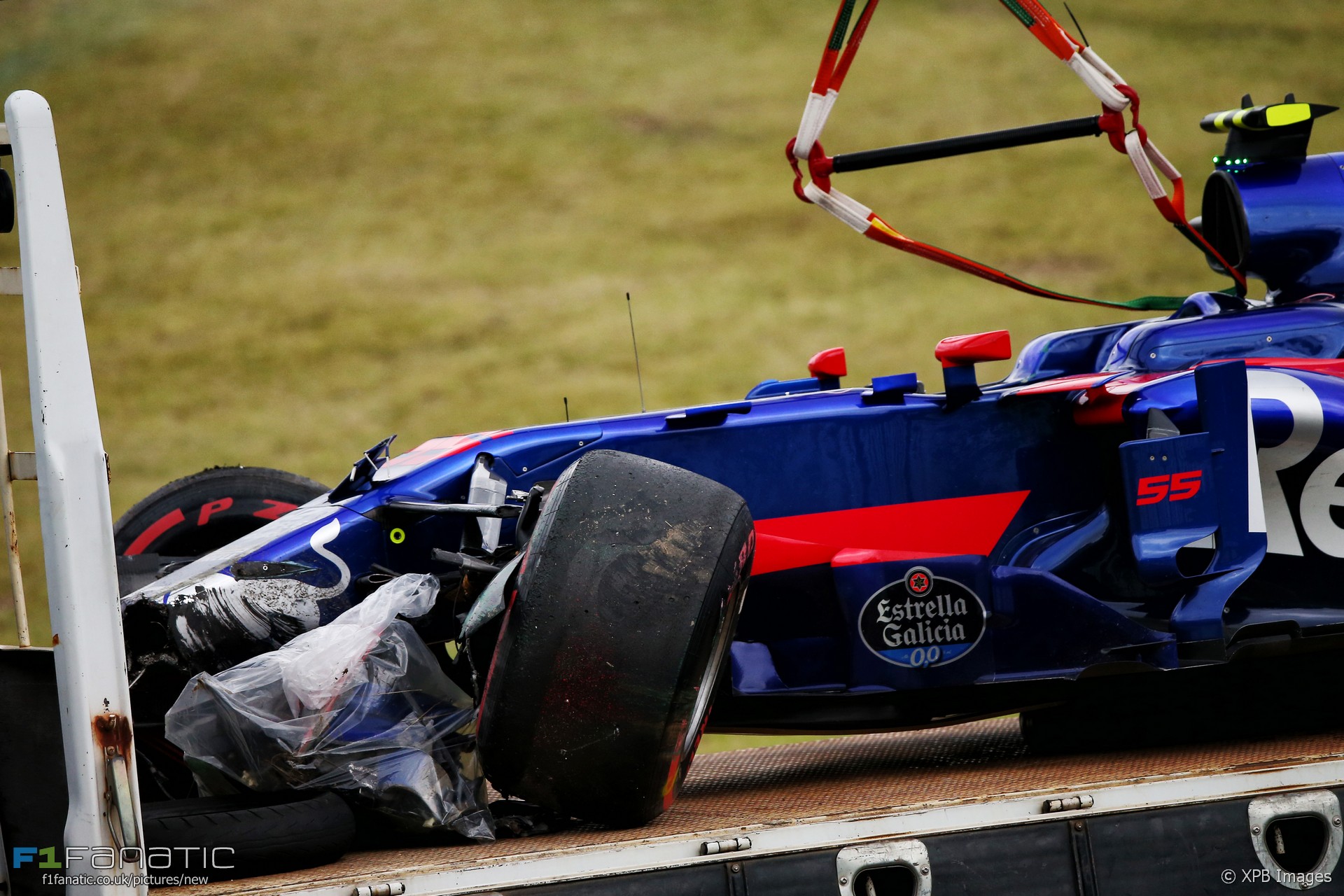 Carlos Sainz Jnr admitted his crash during the first practice session for the Japanese Grand Prix was due to his own mistake.

The Toro Rosso driver ran wide at the exit of the hairpin and crashed nose-first into a single-row tyre barrier, causing substantial damage to his STR12.

“Obviously, the accident in FP1 was a bit of a pity,” said Sainz. “I didn’t expect that to happen, I just clipped the outside kerb a bit too much and it sent me into a spin and then into the barriers.”

“It looked quite incredible on the TV, but luckily it wasn’t such a big one from inside the cockpit. We can’t forget that a minimal miscalculation here can make you pay a big price.”

Sainz missed half of the first practice session due to his crash. Although his car was repaired in time for second practice, heavy rain prevented him from doing any more useful running.

“I’m happy that the mechanics could put the car back together for FP2,” said Sainz, “they did an amazing job like they always do, pushing for me and the team.”

“We were ready to run in FP2, but unfortunately the weather conditions didn’t help us and we were only able to complete an installation lap.”

Sainz received a further setback as he has been given a 20-place grid penalty for the race. Toro Rosso has changed his engine, turbo and MGU-H for this weekend, all of which are beyond his maximum allocation of four parts per season.

Chief race engineer Jonathan Eddolls said the team will “have to spend a bit of time tonight trying to understand exactly what we’re confident to take into final practice, because we don’t want to spend the whole of that session learning about the car – that’s for qualifying performance for Pierre [Gasly].”

“As for Carlos’ car, the situation is slightly different because of his engine penalty, so we’ll have a different focus for tomorrow, more based around race performance.”