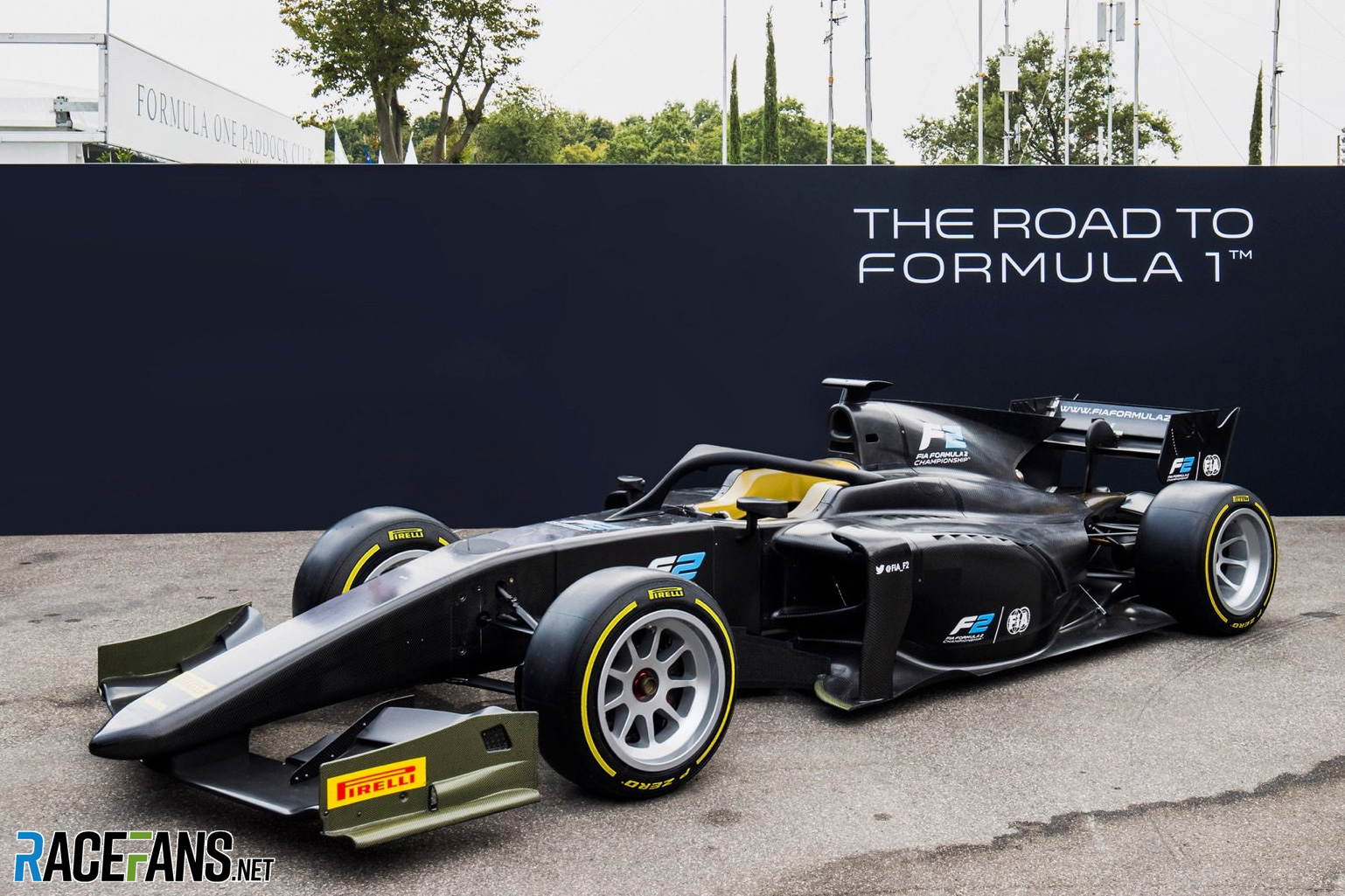 Formula 2 will switch from 13-inch to 18-inch wheels and tyres in 2020, one year ahead of Formula 1’s move to low-profile rubber.

F1 cars currently use 13-inch wheels but are not due to adopt the new dimensions until 2021.

Pirelli, which is the official tyre supplier for both championships, announced F2’s move to low-profile rubber at the Circuit de Catalunya ahead of the Spanish Grand Prix.

“The FIA Formula 2 championship has already proven to be the best possible feeder series for young rising talents who aspire to succeed in Formula 1 and now it’s going to used as a feeder for technology,” he said.

“It’s a great opportunity for our sport that the tyre development for 2021 can be done not only during bespoke testing but also in a racing environment. The amount of data that Pirelli and Formula 2 will be able to collect in the next 16 months will be very important for the next generation of Formula 1 tyres.”

The series, previously known as GP2, has pre-empted F1’s change of tyre format before when Bridgestone supplied rubber to both championships. In its inaugural 2005 season GP2 used grooved tyres, as F1 did. However the following season GP2 switched to slicks, three years before F1 did the same.

Formula 1 is moving to larger wheel sizes to reflect trends in the road car industry, where 13-inch wheels have largely fallen out of use. The change of wheel size is expected to require extensive alterations to suspension systems, and has been timed to coincide with Liberty Media’s planned overhaul of F1’s sporting and technical regulations in two years’ time.

F2’s Dallara chassis, currently in its second year of duty, is due to remain in use next season. Pirelli presented an example of its 18-inch 2020 tyres on one of the cars at the track today.