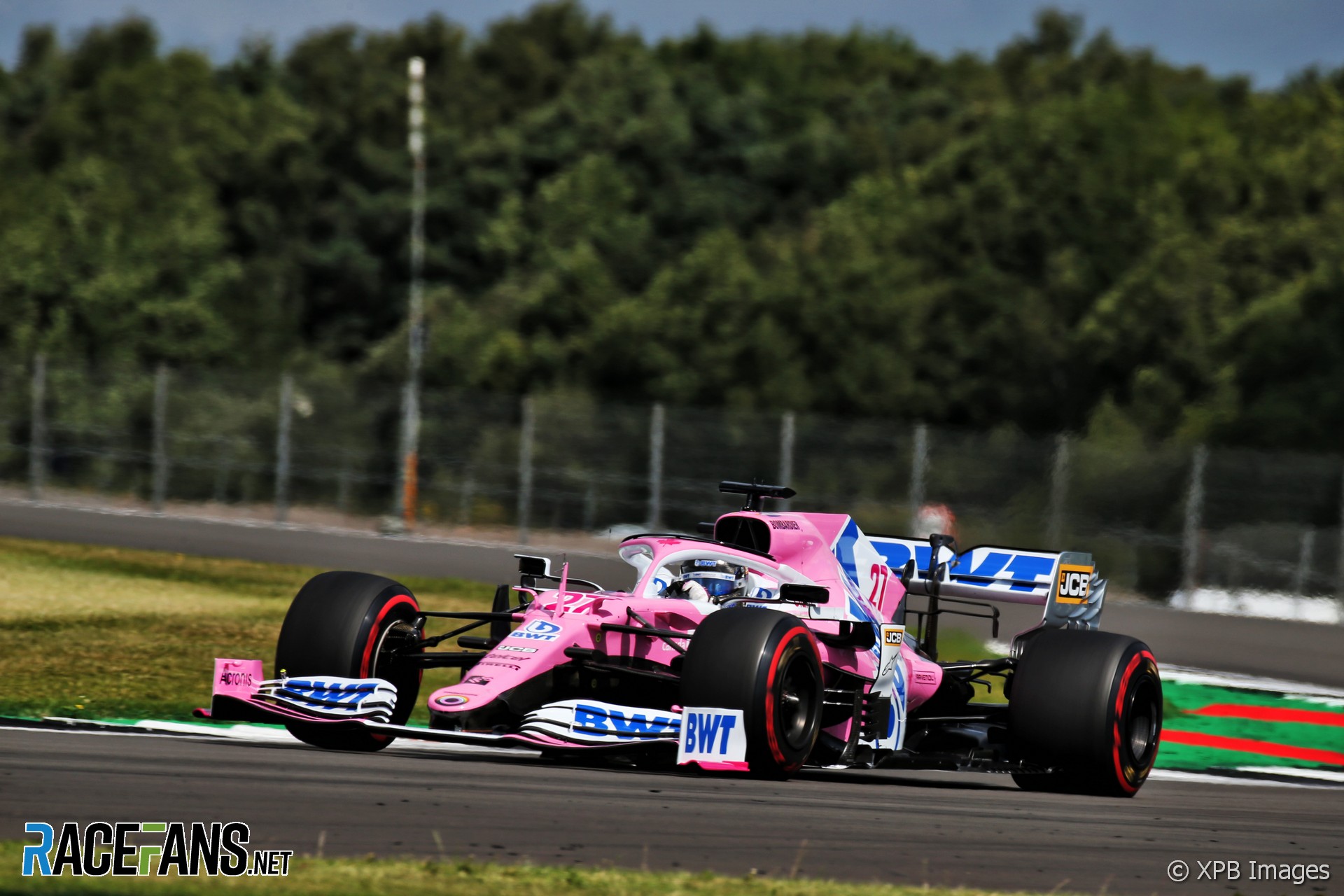 Nico Hulkenberg admitted he didn’t get the most out of his car in qualifying, but said he wasn’t sure he could have done after his late call-up for Racing Point.

“I feel there was more potential and I didn’t get everything from the table, but given the circumstances it’s also very hard,” said Hulkenberg, who only found out on Thursday he would be racing this weekend in place of Sergio Perez.

“I don’t know if you can expect to get 100% from the car in those circumstances. It was small margins.”

Hulkenberg failed to make the cut for Q3 after trying to qualify for the race on the medium tyre compound.

“Q3 was not far away,” he said. “We played around with the different compounds so that was a bit tricky also with the rhythm. It is what it is for today.”

Hulkenberg admitted he was feeling the physical strain of driving the cars around the high-speed Silverstone circuit.

“These cars are beasts,” he said. “They have so much downforce, I’ve never felt so much speed in the corners here, so much speed. It’s pretty impressive. But also tough.”

Having failed to qualify in the top 10, Hulkenberg has a free tyre choice for tomorrow’s race, and will consider using a set of medium tyres at the start, which could give him a strategic advantage.

“That’s always a good option,” he said. “I think some of the other top 10 runners they’re also starting on the harder tyre, the medium. So it’s going to be interesting to see.

“For me, there’s so many new inputs. Every situation I enter into with the car is new. First time quali, first time low fuel, first time high fuel. So I have to learn, soak everything in, digest it fastest which hasn’t been easy. But I’ve also been enjoying it.”