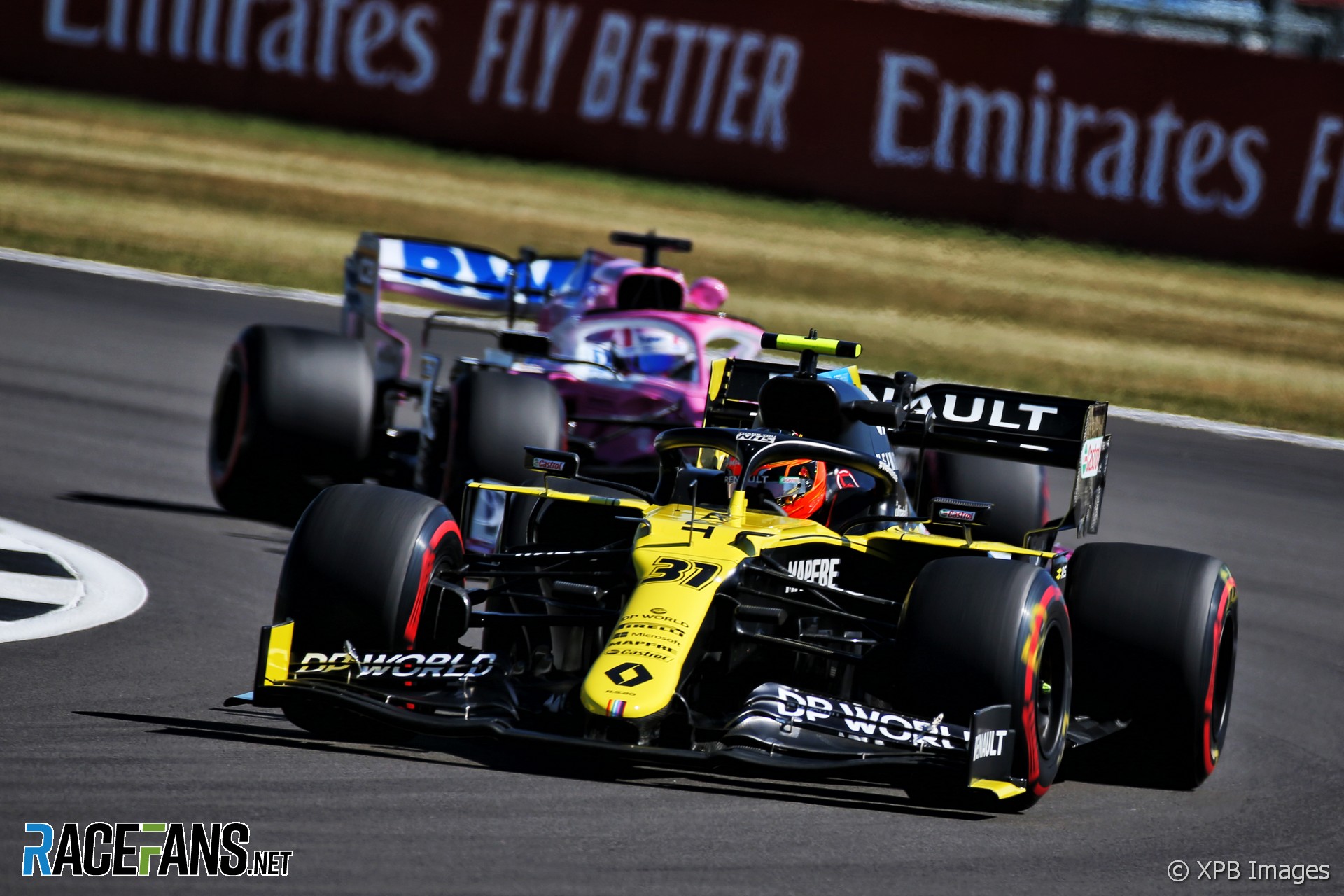 Renault is considering whether to appeal against the penalty which was handed down to Racing Point this morning over its use of brake ducts which were designed by Mercedes.

The team’s managing director Cyril Abiteboul said in today’s FIA press conference it will not protest the decision itself, which upheld Renault’s protest. However it may appeal against the leniency of the sanction.

“I can confirm that we are considering whether or not to appeal,” said Abiteboul. “It happens that usually we have one hour to do that but in this particular case, given the complexity, we have 24 hours to do that and then 96 hours to confirm or not appeal.

“So again, because it’s complex and we need to balance carefully the interests of the sports also and the consistency of the sanction we are looking whether or not we will appeal the sanction, not obviously on the decision.”

Racing Point’s penalty should reflect the size of benefit they obtained by deriving their brake duct design from parts obtained from Mercedes last year.

“We will consider that matter, bearing in mind the advantage that was obviously obtained will keep on going for all this season. And it’s a very material advantage. I mean, just to put things in perspective, any team will be spending 20 percent of its ATR, of its aerodynamic time into developing those parts.”

Abiteboul welcomed the decision of the stewards, who ruled Racing Point had violated the rules in its approach to designing the RP20’s brake ducts.

He described Racing Point’s approach to copying Mercedes’ 2019 car as a “disruption” within the sport which it needs to react to.

“We’ve been pleased with the statements from the Nikolas Tombazis this morning in parallel to the decision of the stewards about his willingness to tackle that matter and to tackle it strongly, without waiting, for next year,” said Abiteboul.

“But we need to understand exactly what’s behind that statement. That’s why, again, we’ll take a little bit of time before deciding what’s our course of action from that point onward.”