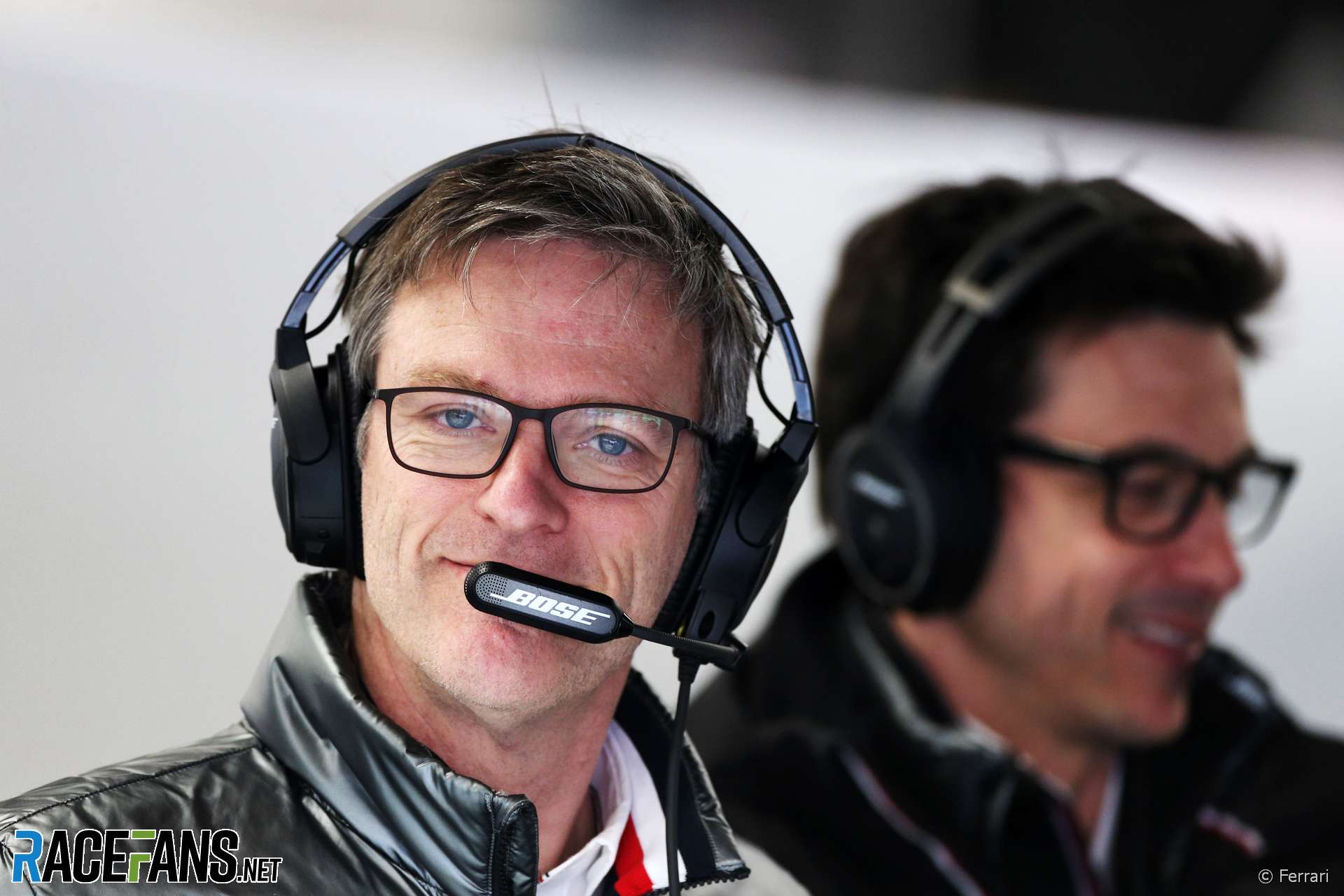 Mercedes technical director James Allison will move into the role of chief technical officer in July, the team has announced.

The world champions confirmed Allison’s current role as technical director will be taken up by Mike Elliott, who is currently the team’s technology director. The 46-year-old has over two decades of experience in F1 at Mercedes, Renault and McLaren.

The change means Allison will no longer be responsible for the day-to-day management of the team’s technical division, as he has been since arriving at Mercedes in 2017.

“I firmly believe that people have a shelf life in senior roles in this sport and I have chosen to step away from my role as technical director in order to pass on the baton at the right time for the organisation and myself,” said Allison. “I have enjoyed four-and-a-half wonderful years as technical director, and it has been a special privilege to lead the technical effort of the team in that time.”

Team principal Toto Wolff said Allison “has been an exceptional technical leader for our team and he has made an enormous contribution to our performance.”

“We have known for a while that his time as technical director would be coming to an end this year and I am delighted that we have been able to shape this new role to keep him within our motorsport family; he will be an important sparring partner for me in the next years and I know that we still have much to achieve together.”

The world champions have managed a series of changes at the top of their technical division in recent years. Andy Cowell, the engine designer who oversaw the creation of Mercedes’ hugely successful V6 turbo hybrids, left the team in January. His role in charge of Mercedes High-Performance Powertrains was taken over by Hywel Thomas.

In 2018 Aldo Costa stepped back from his role as engineering director, while performance director Mark Ellis retired. Despite the changes, Mercedes sustained its domination of Formula 1, sweeping both championships in each of the past seven seasons.

Elliott is “ready to take the step up to become technical director”, said Wolff. “Together with an exceptional group of senior technical leaders, this puts us in the best possible position for the sport’s next era.”