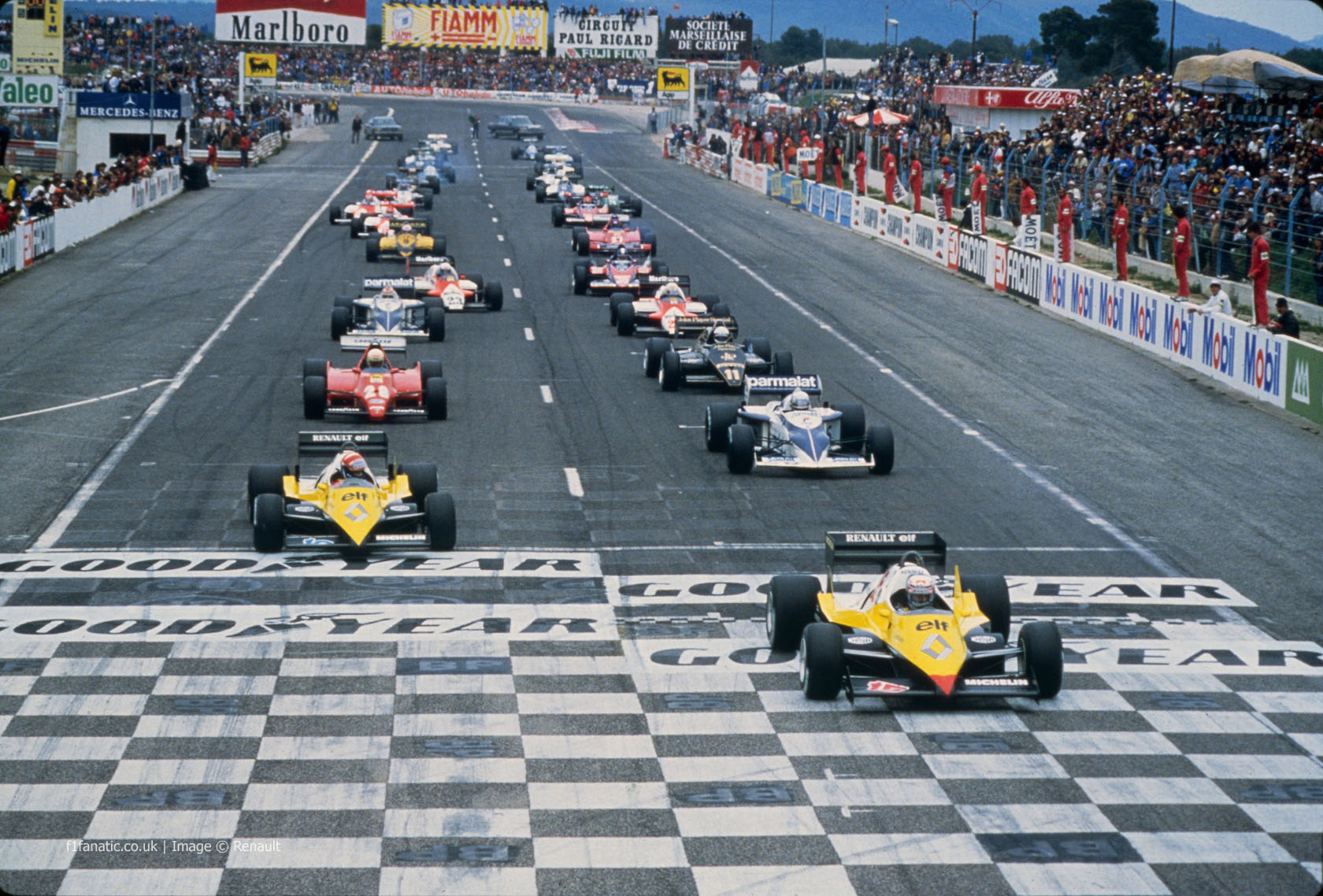 Today’s Renault team boasts back to back double championship successes.

But in their original incarnation they were caught out by a technical innovation from BMW that cost them what would have been their first championship.

What was BMW’s secret? An ultra-potent fuel that unleashed prodigious power from their turbo engines. Rumours insisted this special brew was in fact derived from aviation fuel developed by the Nazis during World War Two.

Renault introduced the turbo engine to formula One in 1977. After a troubled gestation, other teams backed by major car manufacturers began to develop the technology.

Having pioneered the innovation, Renault perhaps felt it was their right to be the first team to win a championship with it. But they let a clear chance go by in 1982 when Alain Prost’s bid for the title was ruined by Renault unreliability.

The following season started better, with Prost building a convincing lead in the championship.

Then BMW had their breakthrough. At the time they wore supplying engines to Bernie Ecclestone’s Brabham team, who had successfully re-introduced refuelling the previous season.

The fuel regulations at the time demanded that the petrol used in cars be similar to that used in road cars. But the loose wording of the regulations gave the imaginative BMW technicians some wiggle room.

They realised that they could produce a legal fuel that did not exceed the regulatory limit of 102 octane (octane being a measure of petroleum-based fuel performance) incorporating toluene.

Toluene (or methylbenzene) is a hydrocarbon derived from petrol that burned more rapidly, created more heat energy (both of which provided more power) and was more resistant to the problems of ‘detonation’ which impaired performance.

The developments that came on-stream late in 1983 allowed Nelson Piquet to snatch the drivers’ title from Alain Prost at the final round in Kyalami. But there was more to come from the super-fuel.

Exactly how much power these engines produced has been the subject of wild speculation – a figure of 1,500hp has been widely cast about with little evidence.

BMW’s dynamometer was not capable of giving a precise reading for the power output but they estimated it at around 1,300hp – a truly staggering figure for a 1.5 litre engine.

This came at a price – the fuels contained around 80% toluene and were poisonous and enormously expensive, costing up to USD $300 per litre at the time.

The FIA ultimately acted by limiting the boost pressure and, eventually, banning turbos – a topic we’ll cover in a future installment of this column.

But what about the Nazi link?

Legend has it that these exotic toluene-based fuels were similar to those used by the Nazis in their WWII aircraft.

BMW concocted the potions with BASF – a company that during the Second World War had been part of IG Farben: the company that synthesized fuel from coal for the Nazis when the allies blocked their oil imports.

But the tale is not true – the fuel used by BMW shared only a small number of compounds in very small quantities with the Nazi aviation fuel.

Still, it made for a good story…