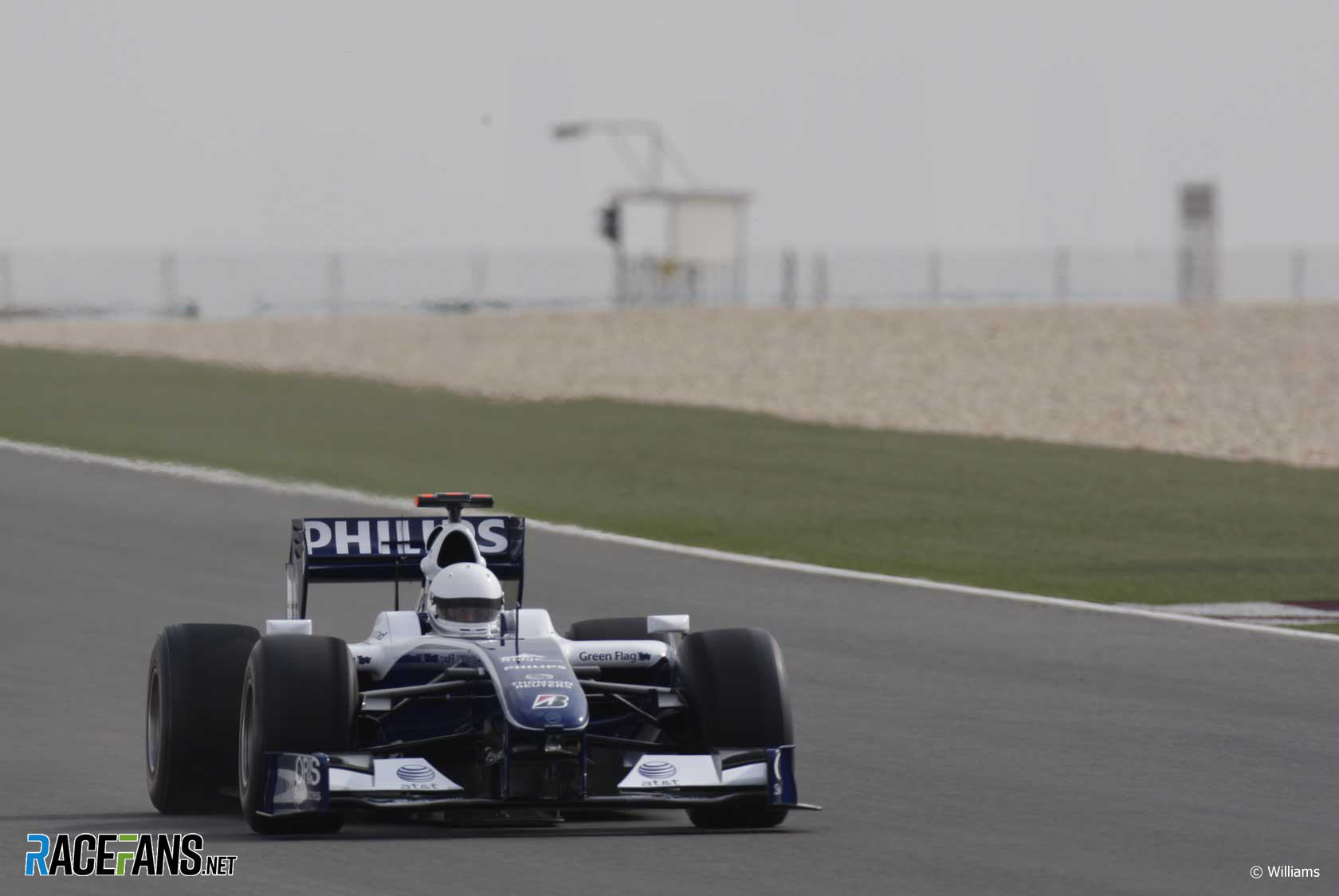 His Highness Sheikh Khalid bin Hamad Al-Thani of Qatar became the first Qatari to drive an F1 car in a publicity event for Williams at Losail International Circuit.

He drove five laps of the circuit in a 2009-specification FW31 and enthused about the experience afterwards:

The Williams FW31 is a remarkable vehicle, unlike any other race car I’ve ever driven. Being the first Qatarian to drive a Formula One car was an amazing experience I will not forget.
Sheikh Khalid bin Hamad Al-Thani

Hulkenberg, who scored a dominant victory in GP2 Asia at Losail in February, will remain in the region until Tuesday for winter training.

Team mate Rubens Barrichello lapped the venue as well and talked up its potential as an F1 track:

There are plenty of corners on the Losail circuit, so it took a while to memorise, but it had great grip level and the layout is great. It has a long enough straight to promote good overtaking and it would make a great venue for a grand prix.
Rubens Barrichello

Sheikh Khalid is developing the Qatar Motor City project which will include an oval track, road racing course and drag racing track which has attracted attention from NASCAR.

He prepared for his stint behind the wheel of an F1 car by visiting Williams’ base in the UK for a seat fitting and a session in the team’s simulator.

13 comments on “First Qatari drives for Williams at Losail”