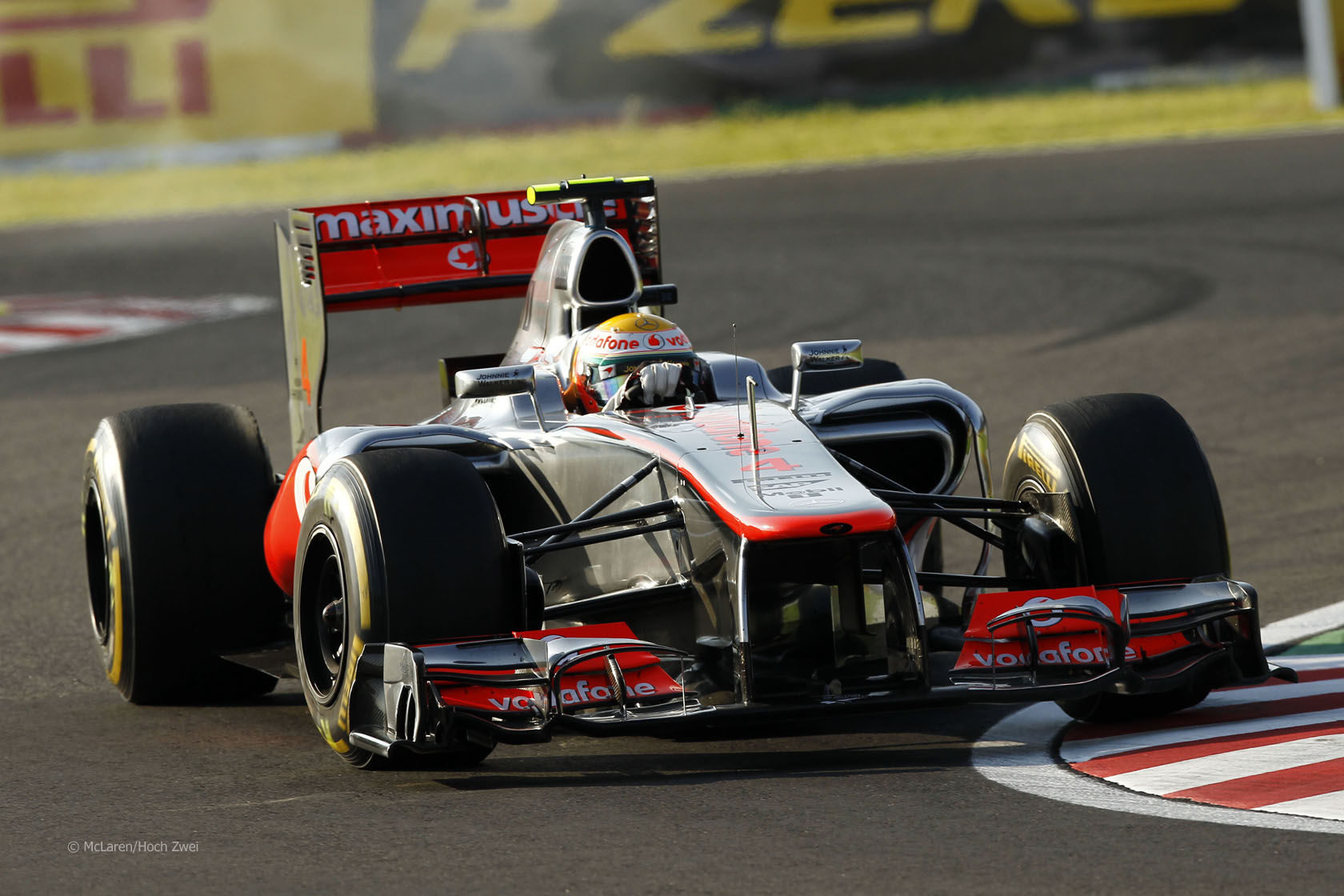 McLaren set the fastest pit stop of the race – and it allowed Lewis Hamilton to take fifth place off Kimi Raikkonen.

Two-stop strategies were preferred by most drivers.

Mark Webber’s first-lap clash with Romain Grosjean meant he made his first pit stop at the end of lap one. He successfully completed the racing by making just one further stop, running two long stints on hard tyres, and salvaging ninth place. McLaren reacted to Raikkonen’s lap 30 pit stop by bringing Hamilton in the next time around. Lotus’s pit stop wasn’t too slow but McLaren’s was inspired – almost half a second quicker than the next-best of the race – which they also set.

It allowed Hamilton to leave the pits side-by-side with Raikkonen and take the position.

Marussia also deserve a word of praise for producing the seventh-quickest stop of the race, beating the likes of Ferrari and Lotus.