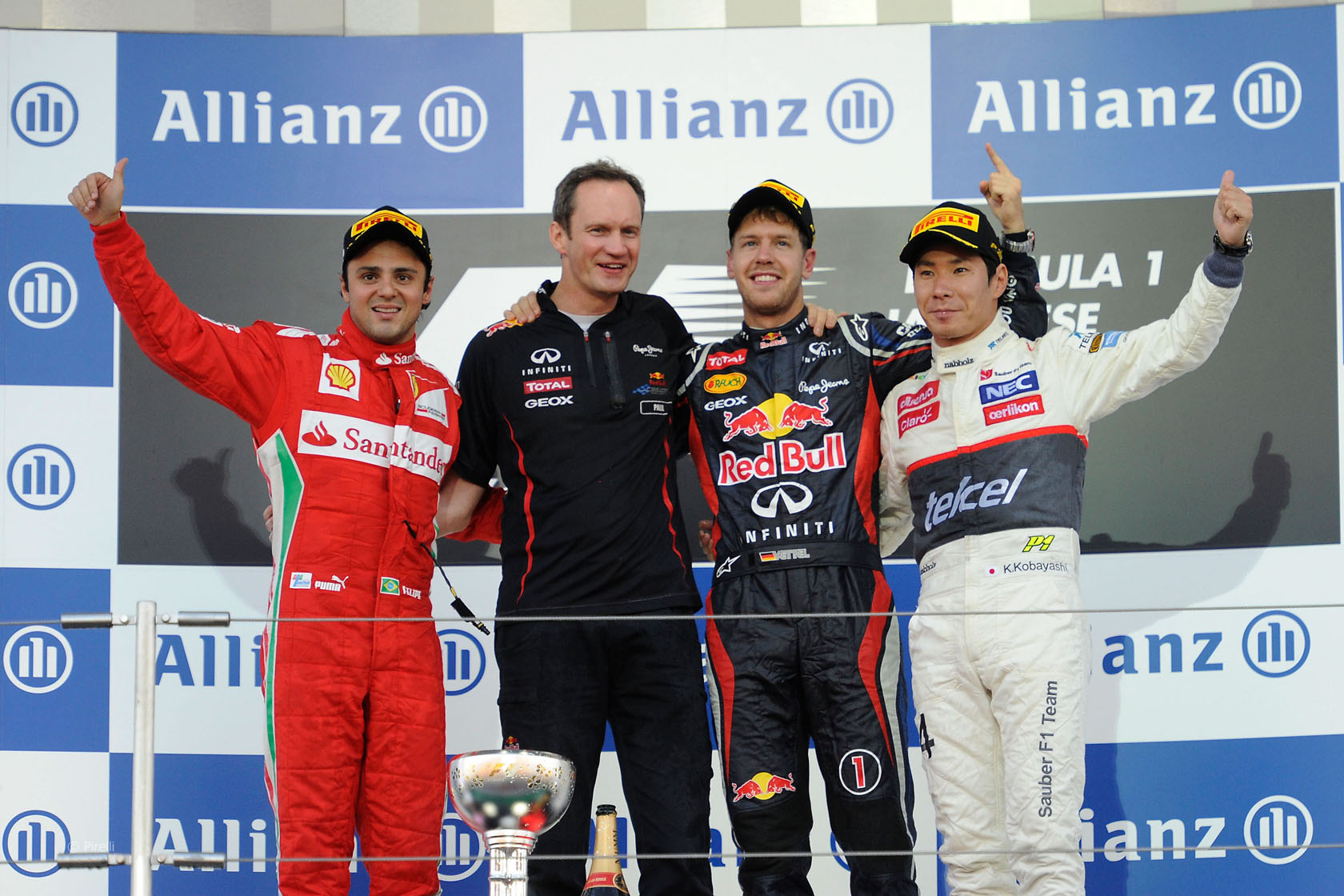 Three players tied for the top score in the Japanese Grand Prix round of the Predictions Championship.

That meant the pole position tie-breaker had to be used to decide who won what prizes.

@Mel got closest to correctly predicting the time and wins a 1975 Autocourse eBook. The second-place prize of a Grand Prix heroes DVD from Duke Video went to Legacy F1 (@jason12joy). Third place went to @Chelseano161997, who won an F1 poster from PJ Tierney.

Although 47% of players correctly predicted Sebastian Vettel would take pole position and 41% also correctly named him as the winner, this was a comparatively low-scoring round.

However @Zantex enjoys an increased lead having pulled five points further ahead of @Chrissylyn in the Japanese round.

Here are the predictions and scores for the four highest-scoring players in this race:

We’re in the middle of back-to-back races so don’t forget to make your predictions for the Korean Grand Prix soon.

18 comments on “Three-way tie in Japanese GP Predictions round”