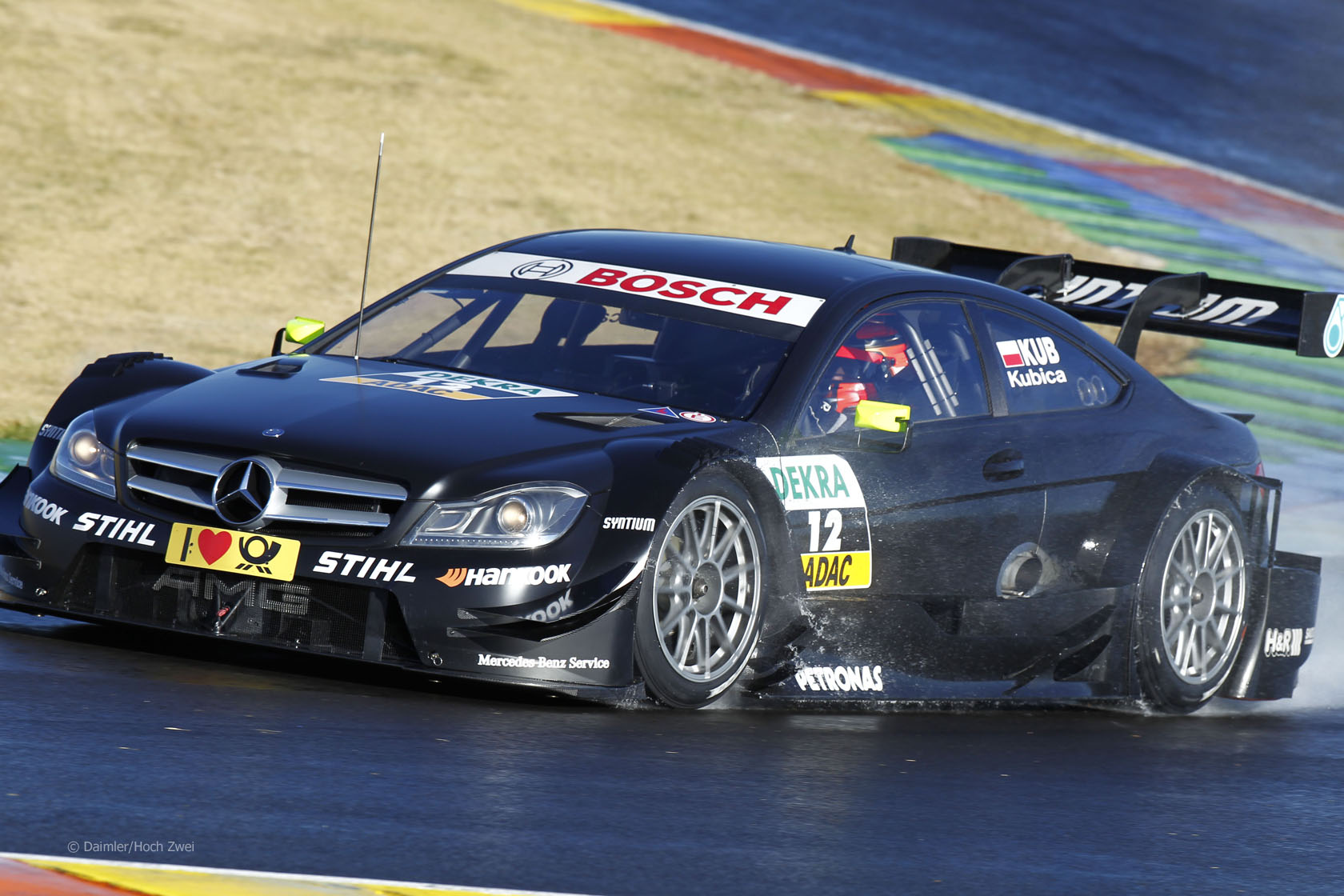 Almost two years since he almost lost his life in a rally crash, Robert Kubica tested for the Mercedes DTM team at the Valencia Ricardo Tormo Circuit today.

Rain limited Kubica’s running in the car but he said he was pleased with the day’s work: “My first day of testing in a DTM car was great fun and I learned a lot about the series and the DTM Mercedes AMG C-Coupe.

“The first installation lap was in the dry, then a few heavy showers of rain came down and we had to wait for the track to dry out. All in all, it was a good experience, getting to know the car in different weather conditions.

“I was able to get to grips with the DTM Mercedes AMG C-Coupe and felt very comfortable in the car, even though after my long break it meant adjusting to the high downforce that a state-of-the art DTM race car produces.

“I’m very pleased with my performance on this first day of DTM testing and had no problems whatsoever in the car.”

Kubica has played down the prospect of racing for the team in this year’s series. He will compete in the European Rally Championship, which has some data clashes with the DTM.

However he said recently he would consider a return to F1 if the arm he injured in the 2011 crash heals sufficiently.

Kubica isn’t the only F1 driver to have tried a DTM car recently – Timo Glock drove a BMW M3 yesterday.