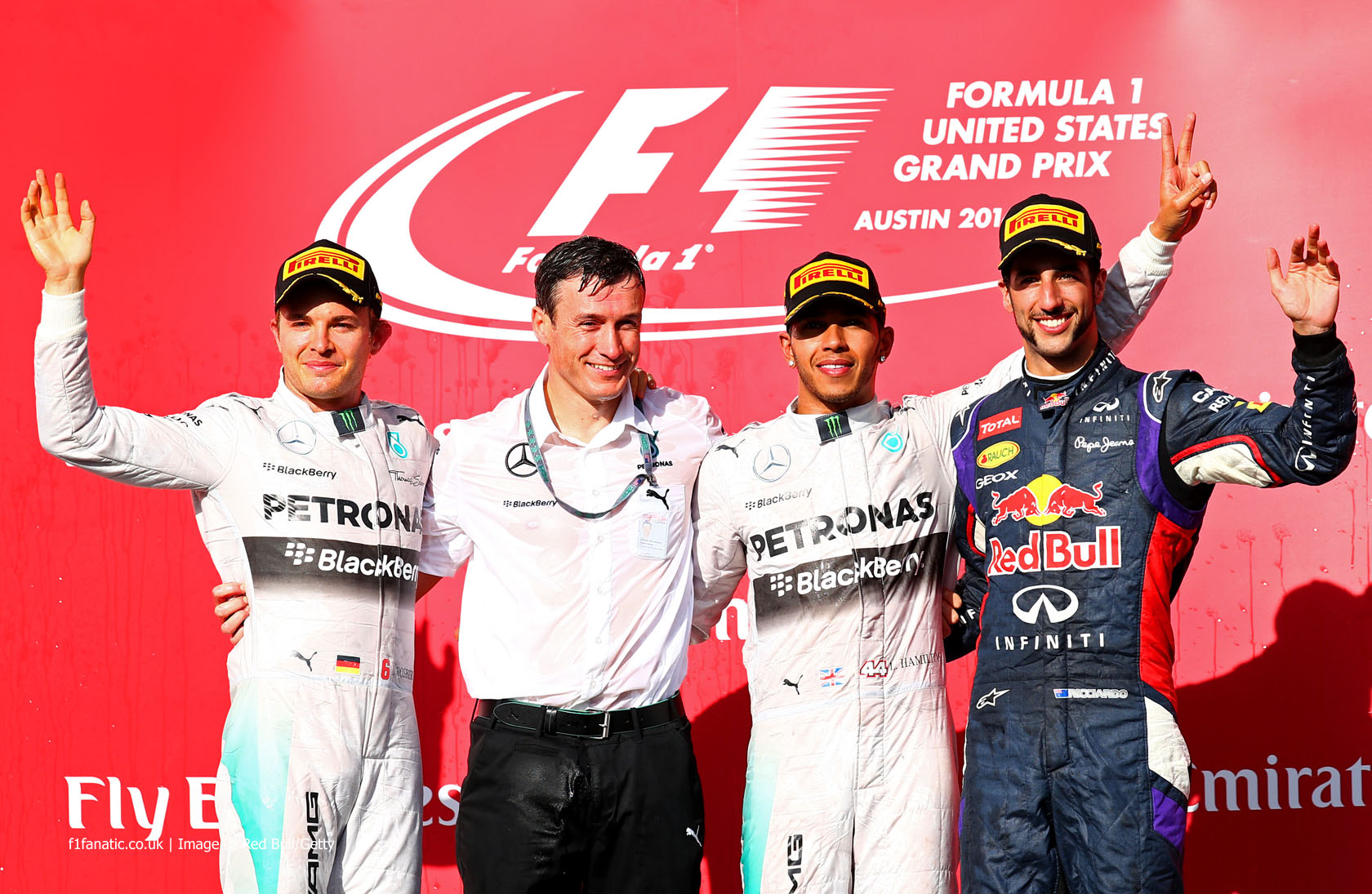 Three players made near-perfect predictions for the United States Grand Prix – each scored 48 points and any of them could have taken the maximum 50 had they chosen Nico Rosberg over Lewis Hamilton for pole position.

However they share the prizes for the latest round with @MarcusAurelius claiming the top prize having made the best pole position prediction out of the trio.

Meanwhile Ohm took second place in a round for the second time this year, having also done so at the German Grand Prix, and moved up to third in the overall championship behind @Brouard21 and @Romain-From-Grenoble.