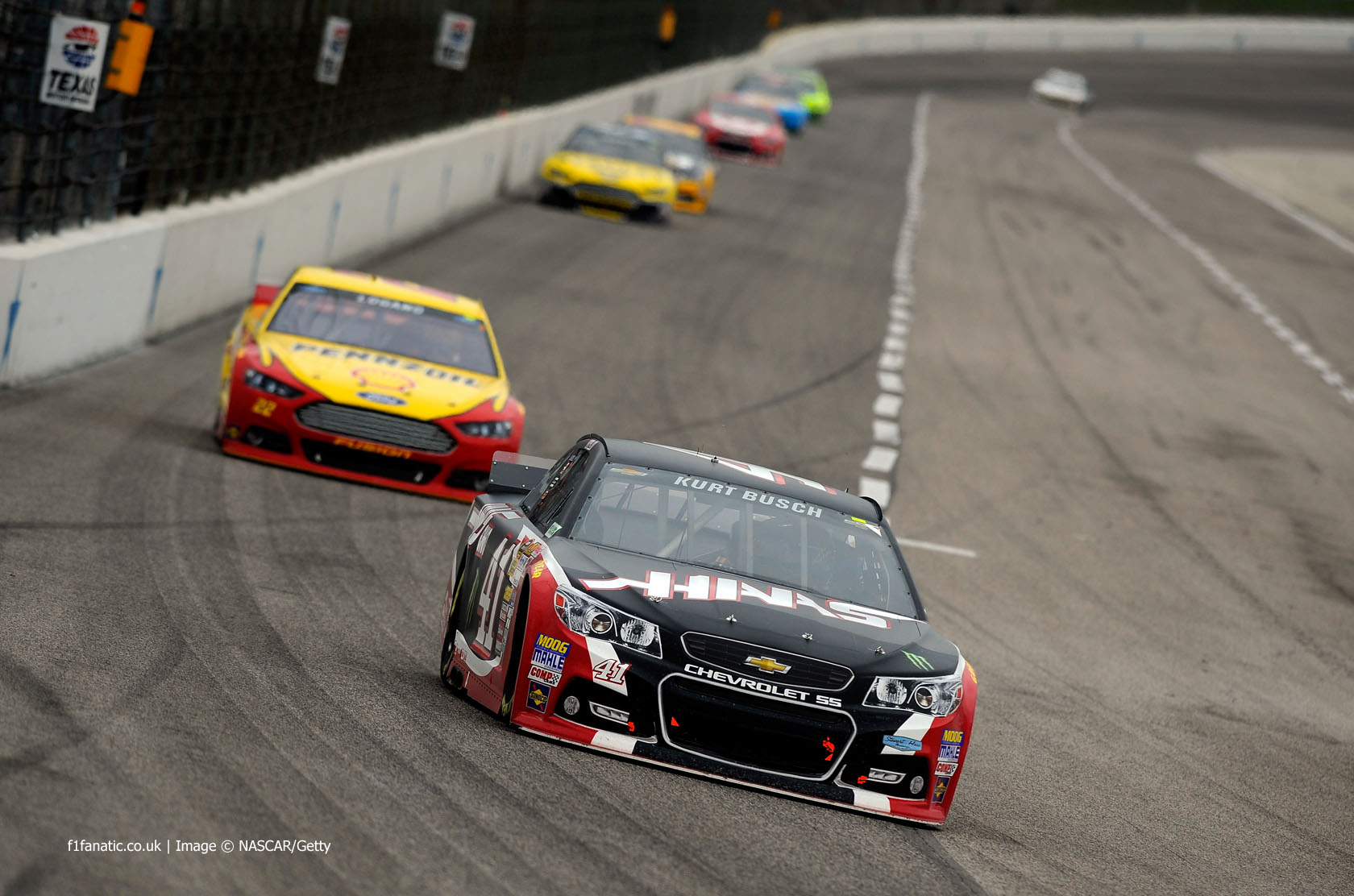 Gene Haas says his experience of entering NASCAR has helped him team prepare for its Formula One debut in 2016.

After announcing Romain Grosjean as the team’s lead driver for its maiden F1 season, the Haas team owner described what he had learned from his team’s arrival in NASCAR.

“The main ingredient is just stubbornness, not giving up and just keeping your head pointed forward and just taking your licks as you go,” said Haas.

“NASCAR was certainly difficult, we spent five or six years in NASCAR and we were always in the back and it was a pretty gruelling, tough experience. I can sympathise with a lot of the guys that run at the back, just how hard that is.”

“We were one of the fortunate teams: Joe Custer put together a deal with Tony Stewart and that became Stewart-Haas Racing and I think in our first season we started winning races. So that was a real eye-opener. It takes the right people to make things happen, the same thing with Formula One.”

Haas said Bernie Ecclestone initially tried to put him off the idea of setting up an F1 team.

“When we first started out initially, [technical director] Guenther [Steiner] took me to Austin and I met Bernie Ecclestone and that was a real eye-opener there too because he’s the Godfather of Formula One and you get to meet him.”

“He’s a pretty coy person, it’s kind of like he almost dissuades you from wanting to start this business because he’s seen so many people attempt it and failures. But like anything else we kept banging away at it and I think it was a couple of years later he finally said ‘look, if you’re really serious about this, we’ll make a tender for you’. He had to open it up to various teams but for the whole process it really comes down to selecting the right people, taking your time, trying to analyse things, then adapting to what you learn.”

The team will rely on Ferrari for power units and other significant components, which Haas said sets them apart from other recent new entries into F1 and current F1 teams. “Our whole direction now has gone a little bit different than I suppose to what the other teams are,” he said.

“The other teams are looking at being a primary constructor, we’re trying to just basically use as much as we can from our partners. I think that’s the main difference between us and other ones, it’s really going to be a difference in the way we run our team.”