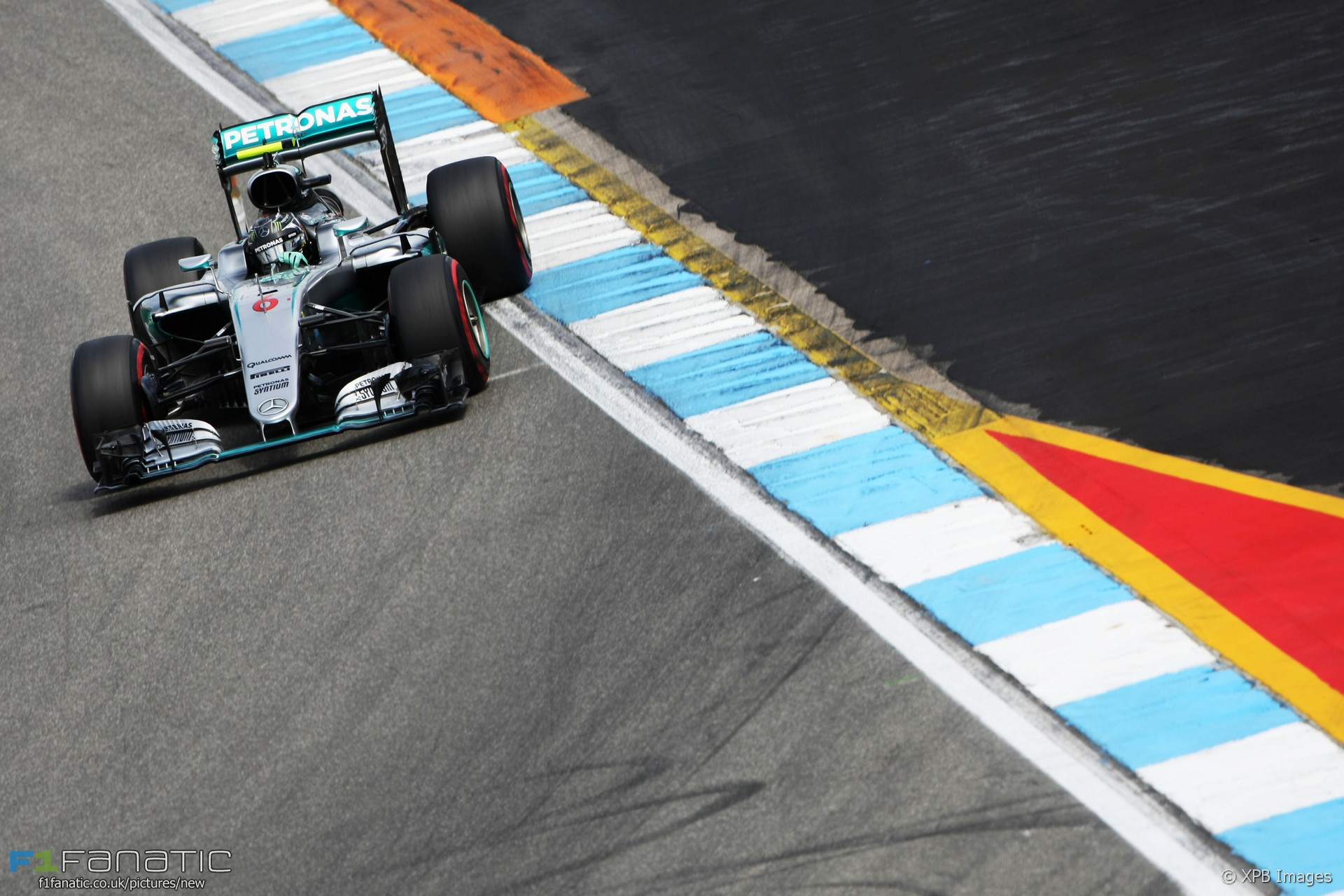 Nico Rosberg’s pole position for the German Grand Prix was “very impressive” because he achieved it with extra fuel on board, according to Mercedes’ executive director for technical Paddy Lowe.

Rosberg had to abort his first run in Q3 due to an electronic problem then returned to the track with extra fuel on board so he could do an extra lap if he needed to. However he took pole position even with the extra fuel on board.

“An electronics problem on Nico’s car caused an engine cut-out,” Lowe explained, “with a warning message relating to his throttle pedal also appearing.”

“This, quite reasonably, caused Nico some concern, which caused him to pit immediately. Fortunately we were able to fix the problem by switching various systems to default modes, before sending him out with enough fuel for three timed laps in a single run.”

“As it turned out, he delivered pole at the first attempt with an extra two laps of fuel on board, which was very impressive – particularly in the circumstances, with his programme disrupted and the pressure on.”

Both Mercedes drivers managed to save an extra set of super-soft tyres for the race after getting through Q1 on the harder soft compound tyres.

“We chose to run the soft compound tyre in Q1 to give ourselves more strategic options for the race with a new set of super-softs available,” said Lowe.

“Sealing the top two spots on a harder compound seemed extraordinary at the time. But, as it turned out, the delta between the compounds was not that large in these conditions.”