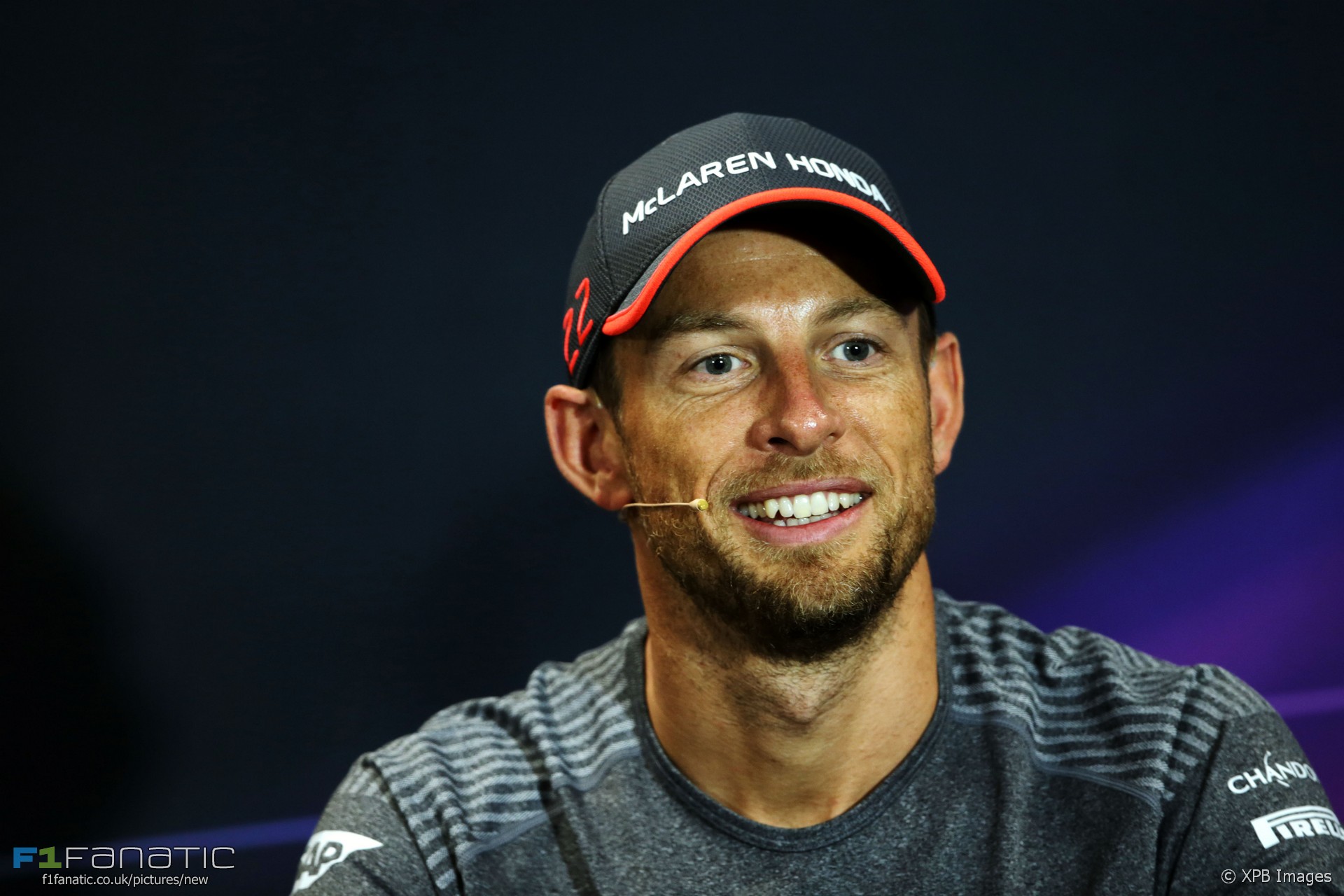 Jenson Button responded to questions about whether he wanted to return to Formula One this weekend by pointing out he could have turned down his Monaco comeback.

Button is returning to the McLaren cockpit for one race as a substitute for Fernando Alonso, who is competing in the Indianapolis 500.

The 2009 world champion explained his reaction to being asked to return for one race. “I asked my dogs, they said we can do without you for a week or so. My girlfriend said ‘you’ve got to do what you’ve got to do’. And I said yes.”

“It was my decision. I could’ve said ‘no’ if I wanted to. As we all can – nobody wants a racing driver that doesn’t want to drive.”

Button was described as part of a ‘three driver’ team when he stepped down from regular race duties last season. He said his position at the team “hasn’t changed”.

“I’m still an ambassador for the team. Some might say a third driver. This weekend I’ve got the opportunity to race the car. I was going to be here anyway so instead of sitting around drinking champagne I can actually do what I’m supposed to do and race cars for a living. Very lucky position and as I said it’s a very exciting position to be in. A challenge, but a good one.”

He has only driven the team’s MCL32 in the simulator so far and Button says a real-world test would have allowed him to be better prepared.

“Obviously preparation could have been better if I’d had the opportunity to test the car in a proper test but that’s not the way Formula One works,” he said.

“You’ve got to be ready. I think fitness-wise that’s not an issue. I’m sure the neck is going to be a bit sore after Thursday, even around Monaco. But we’ve got Friday off so a little bit of a rest. Mike Muscles, my physio, is back for a one-off race so he’s going to be rubbing me once again.”

However Button pointed out he wouldn’t have got much running even if he had run in last month’s Bahrain test.

“Well in hindsight it’s always easier to say no I wouldn’t have because I’d’ve only done 17 laps the day that I would have tested. And I was only going to do half a day anyway.”

“Bahrain is such a different circuit to here. I think as long as you understand the way the car is working, and obviously I’ve had every bit of information possible and run through it for days in terms of set-up work, what helps the car in certain ways, how it reacts to things. Those are the key things you need to understand and those things you can do in the simulator which is what I have done.”

“Obviously it’s wider so that’s the bigger thing for me. In terms of the way the tyres work they’ve been pretty tricky for that last few years. I know they work differently but you work your way around it and I’ve got a couple of days to do that. It’s also warm which helps.”

“Over the weekend I’m sure there’ll be things that are a little bit tricky but it’s about putting the time and the effort in and working around those issues and hopefully coming out on top.”