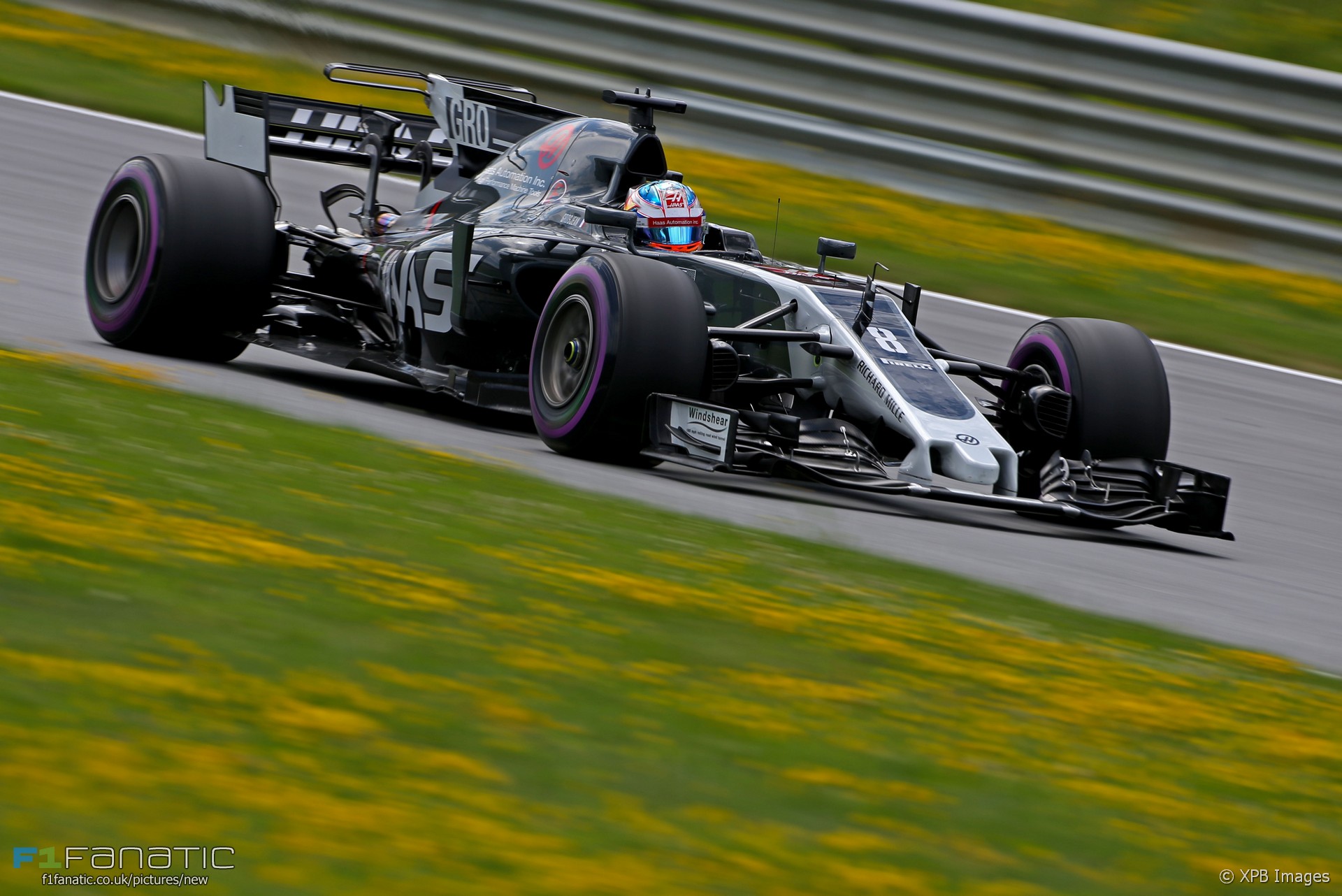 Haas will try using Carbone Industrie brakes again at this weekend’s British Grand Prix following an unsuccessful experiment with them in Russia.

The team has been trying to get to the bottom of persisting braking problems which have affected Romain Grosjean in particular.

“We have a plan to fit the cars with Carbon Industrie brakes on Friday – both cars in FP1 and, hopefully, FP2 – to see if it all works on our second attempt,” confirmed team principal Guenther Steiner.

“If it all works, we will use them over the weekend, but we can only commit to that after we’ve had one practice.”

Haas experimented with Carbone Industrie brakes in practice at Sochi but discovered they were overheating. They reverted to Brembo hardware for that race and subsequent rounds.

Steiner confirmed the team has made changes to its car to improve brake cooling. “The aerodynamics team did a lot of CFD work and then we had to modify the brake discs according to what we found using CFD,” he said.

Grosjean, who gave the team their best result of the season so far on Sunday, predicted the 2017 cars will be considerably faster around Silverstone, which is one of the fastest circuits on the calendar.

“I think it’s going to be one of the most exciting tracks of the year to drive,” he said. “With the new cars, we’re really going to have a lot of downforce, a lot of g-forces through the high-speed corners – which were already really good with the previous cars. Now we’re going to get to another level and I’m looking forward to discovering that.”