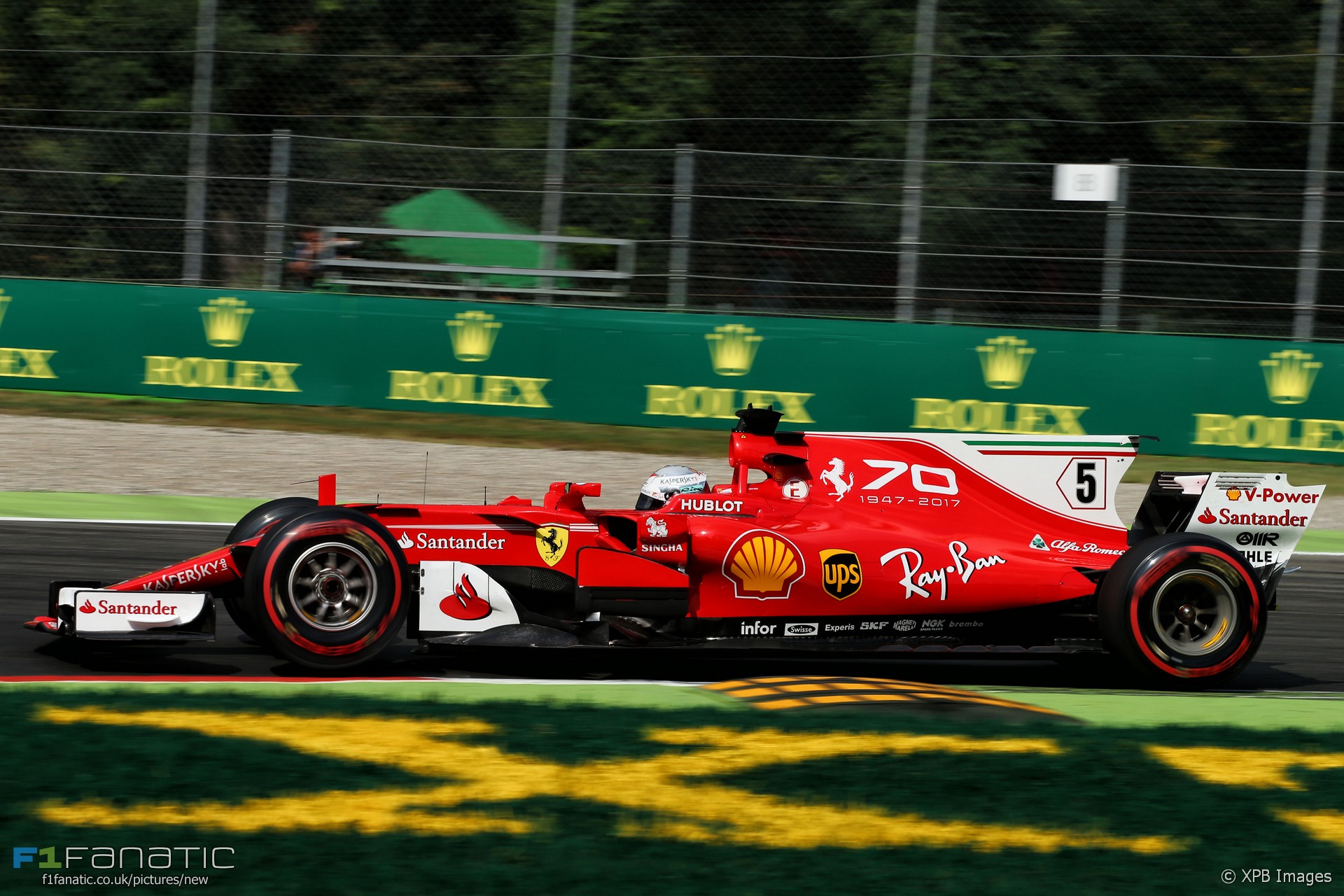 Sebastian Vettel says that his Ferrari was affected by a handling issue in the closing stages of the Italian Grand Prix after running off track.

The Ferrari driver missed the Rettifilo Chicane on lap 40 and was forced to go through the escape route. Vettel says the unplanned excursion left him with a handling problem that afflicted him for the remainder of the race while he was being caught by Daniel Ricciardo.

“I just tried to control the gap. I couldn’t push. Obviously braking here is immensely important so it’s a no-brainer that you’re losing something. But I had a gap and I just tried to keep it at the end and it worked, so that’s the most important thing.”

Despite having compromised handling on his Ferrari, Vettel admits that the team did not have the pace to compete against the Mercedes around Monza.

“I’m not happy but I think we can accept the result,” says Vettel. “We didn’t have the pace. It wasn’t so bad at the end of the stint with very used tyres. That’s not a surprise because I think we have seen that in the past. It was clear that they were quicker than us today.

“We did what we could and I think that’s what it’s about. The podium I think makes up for everything this weekend.”

After losing the lead in the drivers’ championship to Lewis Hamilton, Vettel is not losing confidence in his title chances for the remainder of the season.

“I like Singapore, I like the tracks that are coming up now, so we’ll see,” Vettel says. “Still a long way to go.

“It’s natural that sometimes you’ll take points and sometimes you’ll have less. The most important time you want to lead the championship is after the last race. Up to then, we need to do our best every single time and then count the points that we have.”

10 comments on “Vettel ‘didn’t trust car’ after late off”