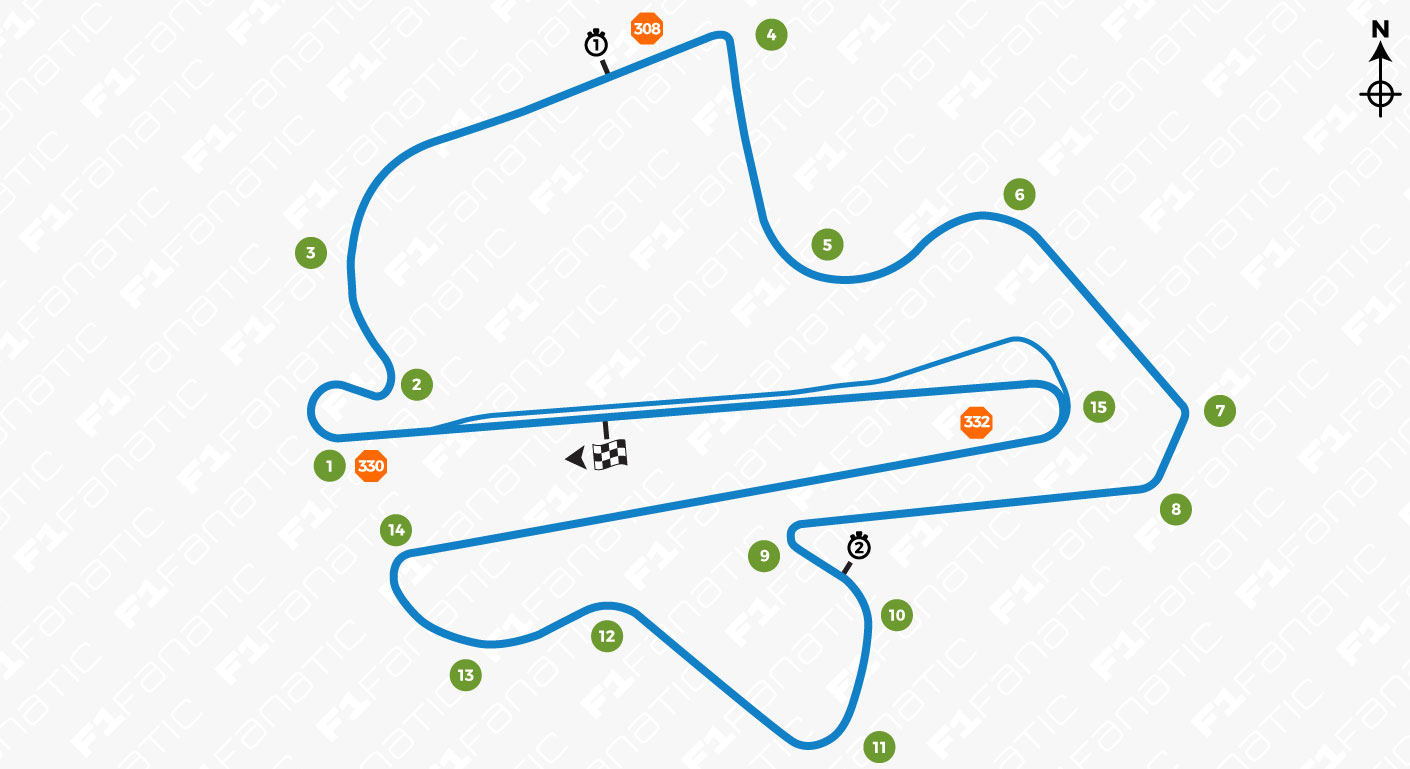 The Sepang International Circuit was one of the first venues used by Formula One to have been created from scratch by Hermann Tilke.

Now Tilke venues make up the majority of the calendar. Sepang is considered by many to be one of his better efforts but Sunday is set to be the last time it plays host to Formula One.

The track itself offers plenty to challenge the drivers and some long acceleration zones to encourage overtaking. The sheer width of the track, particularly around the start and end of the lap, also creates passing opportunities.

On top of that brutal heat and sporadic heavy downpours add to the challenge. The latter in particularly has contributed to some memorable encounters since F1’s first visit in 1999.

The track demands a compromise set-up as good top speed is necessary without compromising cornering performance too much. However cooling is also a priority due to the oppressive humidity and high air and track temperatures.

Last year the track was resurfaced which eased some of the bumpier sections and increased grip levels, causing lap times to tumble. The camber on some of the corners was altered, notably at the final turn, in the hope of making it easier for drivers to overtake. The reaction from drivers was somewhat mixed.

A lap of Sepang International Circuit

The run towards turn one is the first of three points on the lap where the cars exceed 300kph. At the start of the race this long, wide run can leave the pole sitter vulnerable to attack. Last year Sebastian Vettel and Nico Rosberg collided, putting the Ferrari driver out.

It’s not uncommon for drivers to continue vying for position through the tight left-hander which follows and on towards turn four, a sharp right-hander. From here the tempo of the lap increases as the drivers tackle the first of the quick bends.

Turns five and six are “almost flat out” reckons Romain Grosjean. With more downforce this year and Pirelli’s super-soft tyres, the rapid corners will be a fascinating test of the new cars’ abilities. Turns seven and eight are a similar, medium-speed pair of right-handers where traction can be limited at the exit.

Next the drivers sprint to a left-handed hairpin, turn nine. This feeds into a long pair of right-handers, the second tighter than the first. “It’s quite good fun when the car is well balanced,” says Grosjean.

From there the cars arrive at the very quick turns 12 and 13, another part of the track where the best cars will likely be flat-out. The curved approach to turn 14 is tricky and drivers tend to vary their racing lines here. The exit is crucial, however, as it sets up the long sprint down the back stretch.

Last year the inside part of the final corner was raised by one metre. This encouraged drivers to alter their racing lines to take a later apex. However the jury’s out on whether the changes have actually promoted better racing.

And after Sunday’s race it’ll become a moot point as far as F1 is concerned, as the Malaysian Grand Prix is not on the 2018 F1 calendar.