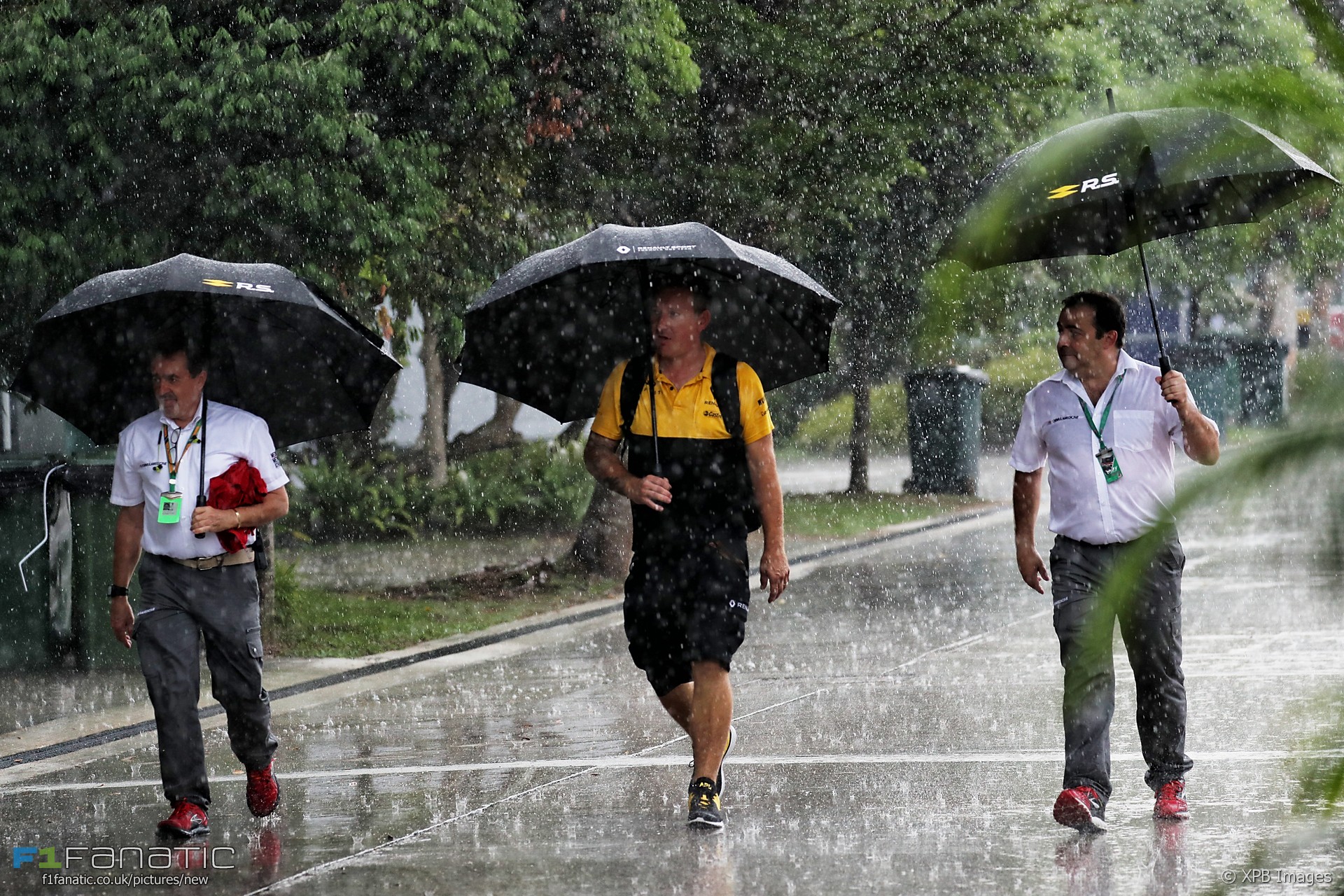 The first practice session for the Malaysian Grand Prix was delayed due to heavy rain.

Five minutes before the scheduled start of the session, at 11am local time, race control advised the start was “delayed indefinitely due to weather conditions”. The Safety Car has conducted exploratory laps of the Sepang International Circuit, where conditions are extremely wet.

Four test drivers were among those due to run in the session, plus newcomer Pierre Gasly.

The final practice session for the Italian Grand Prix was delayed by three-quarters of an hour due to rain. Both of Friday’s sessions at Shanghai were disrupted by visibility problems which prevented the medical helicopter from being able to take off.

First practice is scheduled to finish at 12:30pm local time. A Formula Four South East Asia practice session is scheduled for 12:50pm and F1 second practice will begin at 3pm.

Race control subsequently announced practice would start at 11:30am, half an hour later than scheduled.

One comment on “First practice delayed by heavy rain”