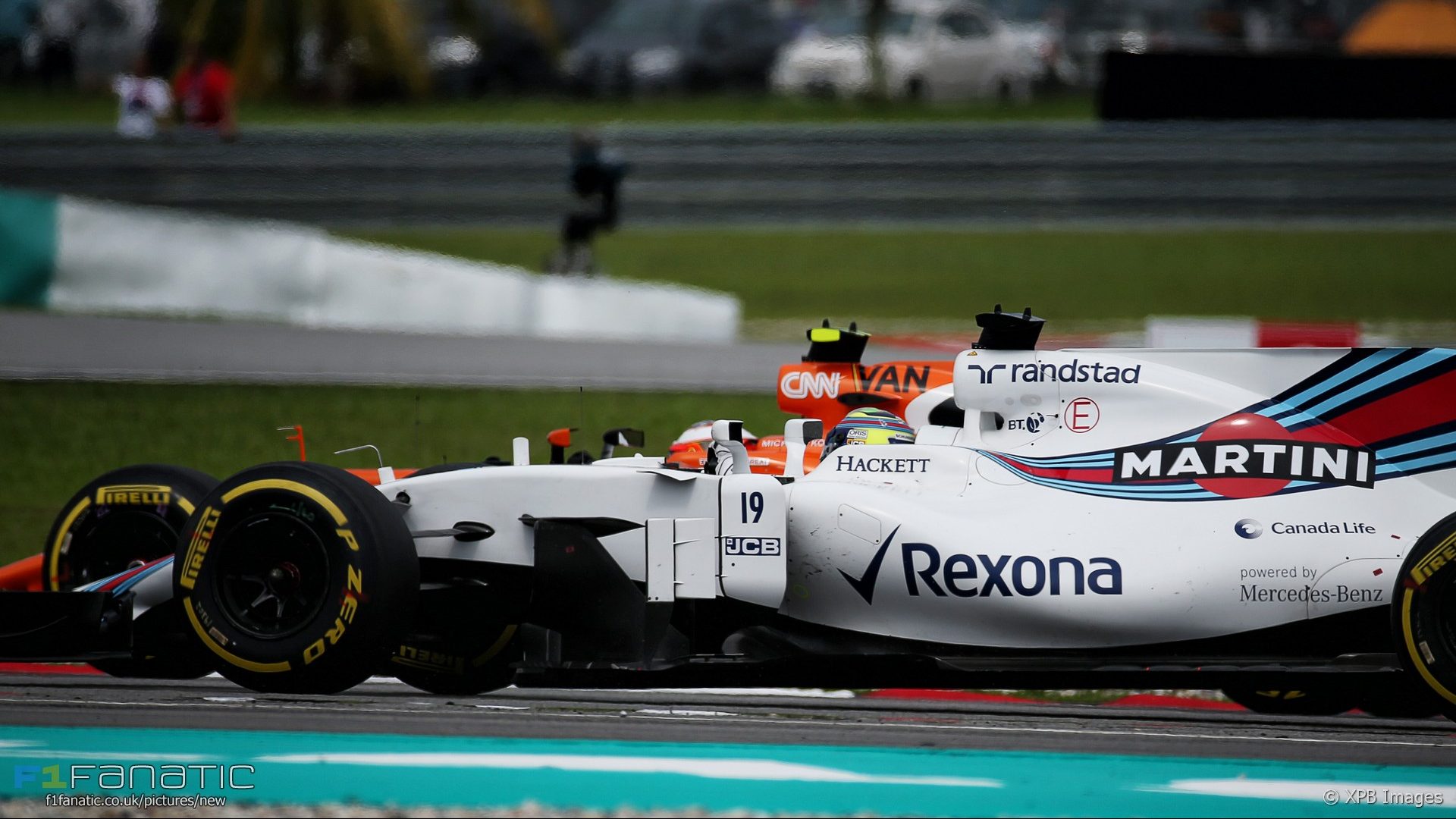 Williams admitted they lost a place to Stoffel Vandoorne in the Malaysian Grand Prix by ordering their drivers to swap positions.

The McLaren driver was emerging the pits when Williams instructed Felipe Massa to allow team mate Lance Stroll to overtake him on the approach to turn one. Stroll then ran slightly wide allowing Vandoorne, who was rejoining the track from the pits, to overtake both Williams drivers.

Chief technical officer Paddy Lowe said the decision to swap positions was taken partly because of the damage Massa had incurred after making a rapid start from 11th on the grid.

“Unfortunately, Felipe, having got as far as fifth position, got squeezed by the two Force Indias and lost some of those gains, dropping behind Lance,” Lowe explained. “He damaged part of the floor on the left hand side so there will have been some performance loss.”

“Once the race had settled, [Nico] Hulkenberg stopped very early so we felt obliged to cover him to save position, first with Felipe and then with Lance.”

“Since Lance, who previously had the lead, ended up behind Felipe after the pit stops we felt it was correct to swap the places. We also knew Felipe’s car was carrying some damage.”

“Unfortunately, in the execution of that we lost a potential position to Vandoorne coming out of the pits.”

The Williams pair spent the rest of the race behind the McLaren. “It was a very long second stint for Lance and Felipe,” Lowe added, “but the tyres lasted well and we held position to finish with good points in eighth and ninth, so congratulations to both drivers for a strong weekend and a double points finish for the team.”

15 comments on “Swapping drivers cost Williams a place to Vandoorne”