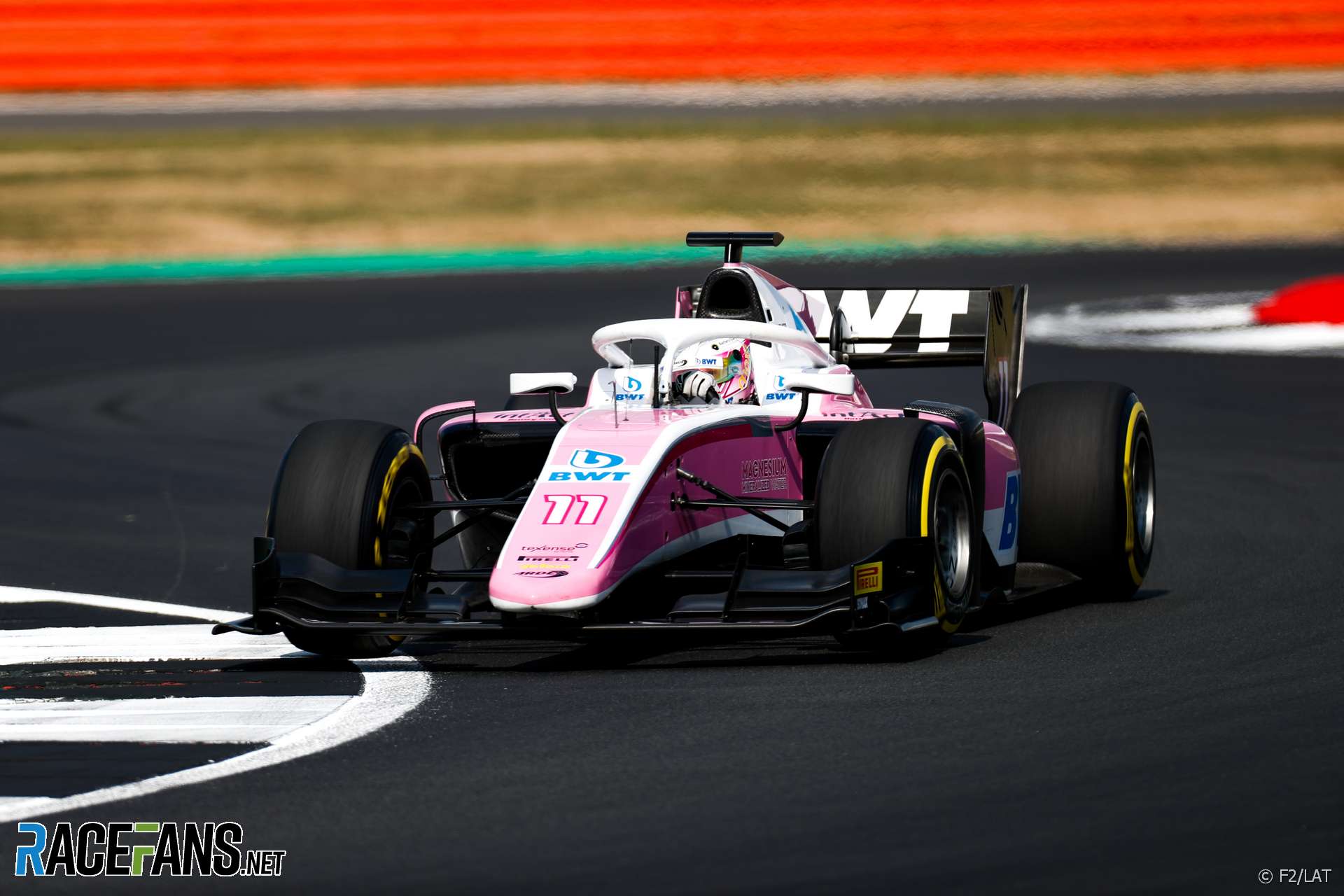 After dominating the start of the season, Lando Norris went into his second home race on the back foot with George Russell having pulled out a 27 point advantage over the past two weekends and with Alexander Albon, who started this season without even a guaranteed drive, snapping at their heels.

Because of the two races, a bad weekend in F2 can do much more points damage than in F1. And two bad weekends in a row can do some real harm to a championship attempt, which it had looked like might be happening for the McLaren-backed Carlin driver after a nightmare at Spielberg and a points-free Saturday.

Meanwhile Nirei Fukuzumi continued his own nightmare run – out of the race before he could even start it as, following an on-track retirement yesterday, his engineer radio’d to say a radiator leak had the car unable to start. After a strong third-place finish in GP3 last year, the Honda junior has been subject to the sharp end of reliability issues in the new F2 car, leaving Silverstone still a miserable 19th in the standings.

Maximilian Gunther had taken reverse grid pole, after a strong finish yesterday and managed to get a clean rolling start in what’s supposed to be the final of the safety car starts F2 will see this year, clutch issues hopefully resolved. Artem Markelov and Nyck de Vries were keen to catch him but neither seemed to be able to hold onto the pace, keeping with the German but just out of DRS range.

Sergio Sette Camara continued a run of bad luck by damaging his front wing immediately to the start and having to pit for a replacement, effectively ruining a race that otherwise wouldn’t contain a stop. Similarly, Sean Gelael was penalised for an early overtake before the cars crossed the start/finish line after the safety car went in – the sort of detail drivers would probably know, if rolling starts weren’t a temporary emergency measure.

With three drivers (including stricken Fukuzumi) effectively out of the race at the start, the rest of the 21 laps were very much a story of Gunther holding on to the lead despite pressure and Russell and Norris managing to scythe up the field.

Norris came under investigation around halfway, when a pass on Fuoco saw him run onto the grass, rejoining and knocking Fuoco’s car out of the race. Stewards issued the Charouz driver with a 10-second penalty, on the basis he’d left Norris no room to do anything else but a somewhat bizarre incident, in an otherwise mostly clean race.

Mostly clean, that is, apart from continued trouble in the Trident team. Yesterday, Santino Ferrucci and Arjun Maini collided on the final lap and again they clashed today, once during the race and once on the cool down lap when Ferrucci seemed to deliberately drive into the back of his teammate. Maini, always vocal on the radio, said “There’s something wrong with his brain, I think he should be banned” – awkward, if they’re both called in for Haas simulator work any time soon.

In the end, even Markelov was unable to hold the Russell and Norris charge back, the two British drivers taking second and third place on the podium while Gunther managed to keep a well-held win.

The points standings remain largely unchanged by the result, except that Russell’s lead on Norris now extends to a huge 35 – not that that’s anything a reverse in fortune couldn’t flip back next time out in Budapest, which Russell said he wished was next weekend after he’d gained such momentum.

Russell now stands on 168 points, Norris on 133, Albon on 115, Markelov on 110, Fuoco and Sette Camara are unchanged at 97 and 86 respectively. Gunther’s win brings him to 39 points and pips Roberto Merhi to 11th in the championship.