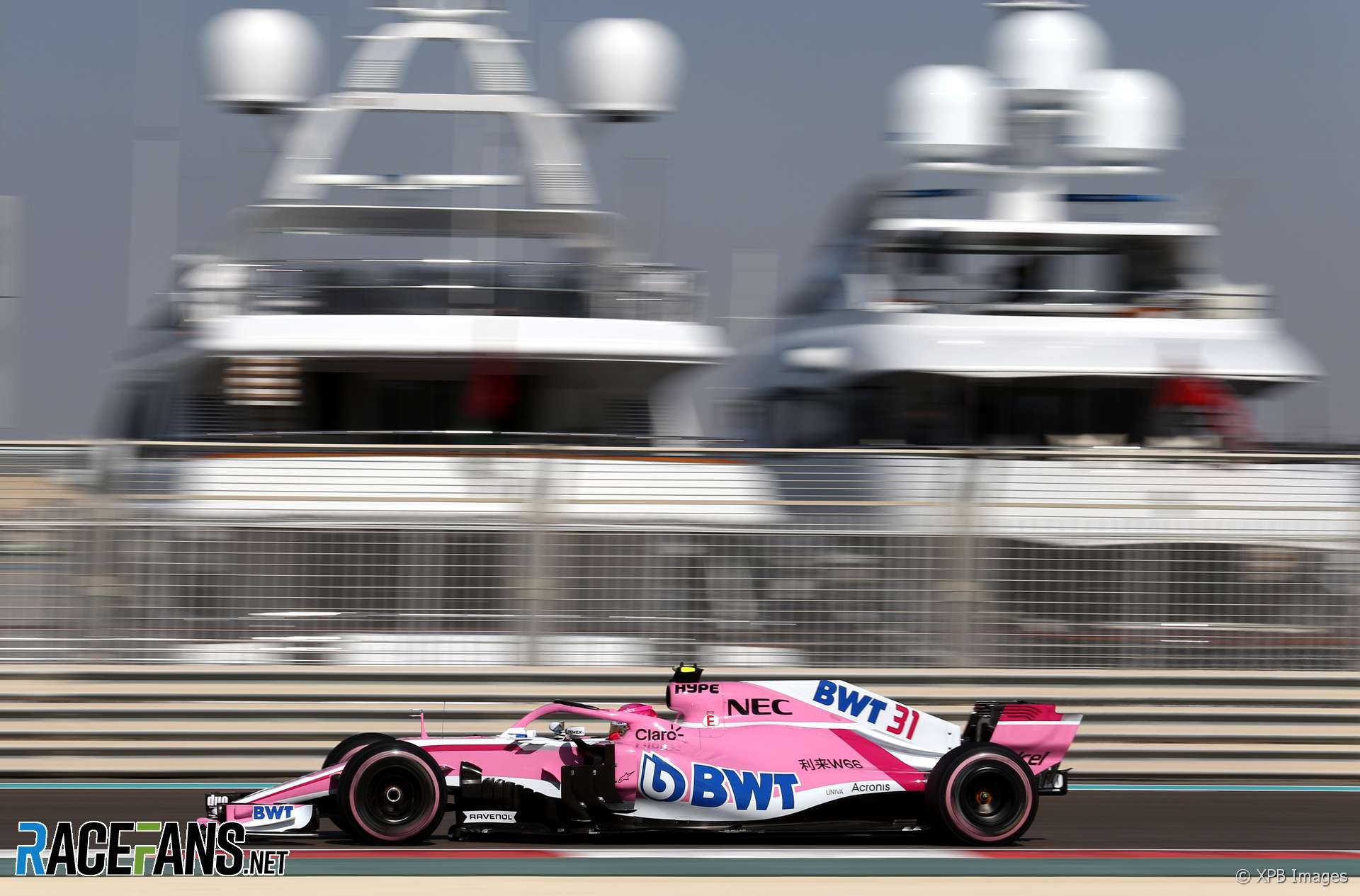 The Abu Dhabi Grand Prix stewards say they are unlikely to rule on Haas’s protest against Force India until tomorrow.

“A substantial amount of written evidence was submitted and each party made extensive verbal representation,” the stewards said in a statement on Friday.

“The stewards are deliberating on the matter. It is anticipated that a decision will not be handed down any earlier that just prior to Free Practice 3.”

“We weren’t expecting it really, it was a bit of a surprise,” said Szafnauer in today’s FIA press conference. “In a way it’s good that all the information can now be presented to the stewards and I think in due course they’ll make a very informed decision.”

There has been no formal confirmation about the subject of the hearing. It is believed to concern whether Racing Point, which took over Force India at mid-season, holds the intellectual property to their car’s design, and therefore whether they qualify as a constructor and are eligible for a share of F1’s prize money.

Speaking to Sky, Haas team principal Guenther Steiner said he “cannot disclose” anything about the process.

“We had two hearings, the stewards will take their time to think it through and to understand it and make a good decision.”