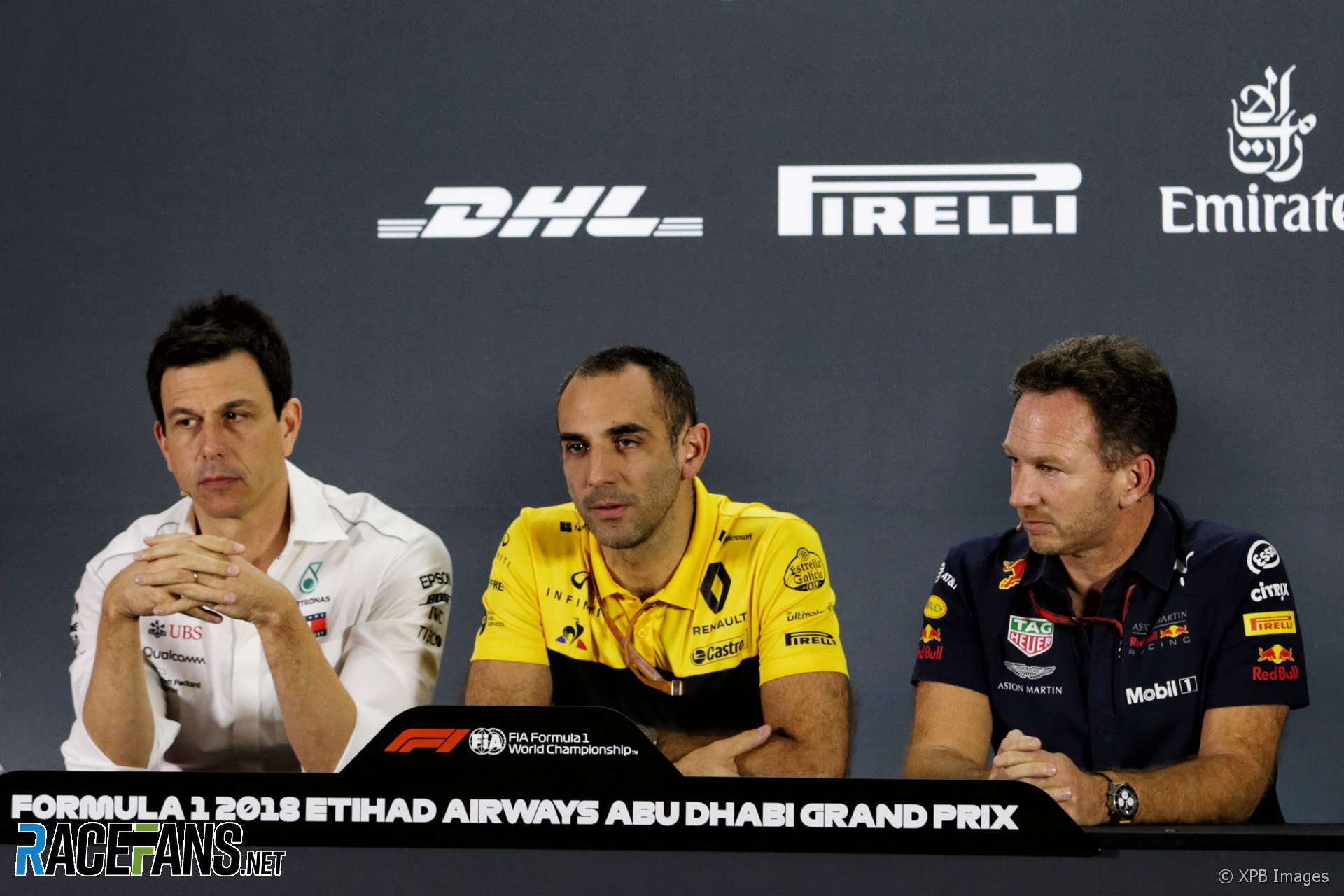 Britain is poised to agree terms of the deal under which it will leave the EU. Details such as how freely people and goods can move between the two could have a significant bearing on how the teams operate.

Toto Wolff, team principal of Mercedes whose chassis and engine operation is based in the UK, said the terms of the deal could create “risk” for the economy and cause practical problems for the team.

“We are monitoring it very closely because as Mercedes we have a large operation in the UK. Our motorsport division, call it 1,800 people, with a large percentage of EU citizens working for the team.

“Personally, I try to stay out of politics but this topic is very close to my heart because we forget why we ended up with the European [Union], 70 years ago there was a war and the European thinking was to prevent that in the future. In times where everything changes in the last two years, nationalism coming up in various countries, new alliances forming, others breaking up. My personal opinion – I’m not speaking for Mercedes – is here that we should be looking very carefully at the situation and not risk the economy of a country.

“So, it is a factor for us, as I mentioned the EU citizens working for us, we are importing lots of goods from the EU, we have taken steps to make sure they are not stuck on the border. Overall, not a very pleasant development.”

Red Bull team principal Christian Horner described the situation as “turbulent” but said “hopefully, in the coming weeks and months, there’ll be a solution found.”

“It’s a complex situation but I think over the next couple of weeks there should start to become some clarity and I think the bottom line is that people will continue to do business with the UK if we’re competitive and remain good at what we do,”he added. “Formula One is something that the UK has excelled at in recent years.”

Renault faces the added complication that its chassis is built in the UK but its power unit factory is in France. Managing director Cyril Abiteboul said they “obviously don’t want logistics or freight to be delayed in any shape or form, as well as people.

“We’ve grown very quickly in the recent years and it’s been done in particular thanks to the possibilities offered by the UK, bringing in youngsters, people coming out from school, we don’t want that to change. That would be dramatic for Formula One.

“But I have full trust in the authorities of Great Britain to understand this is not in their interest to lose what is one of the pillars of British Industry, which is motorsport and Formula One.”