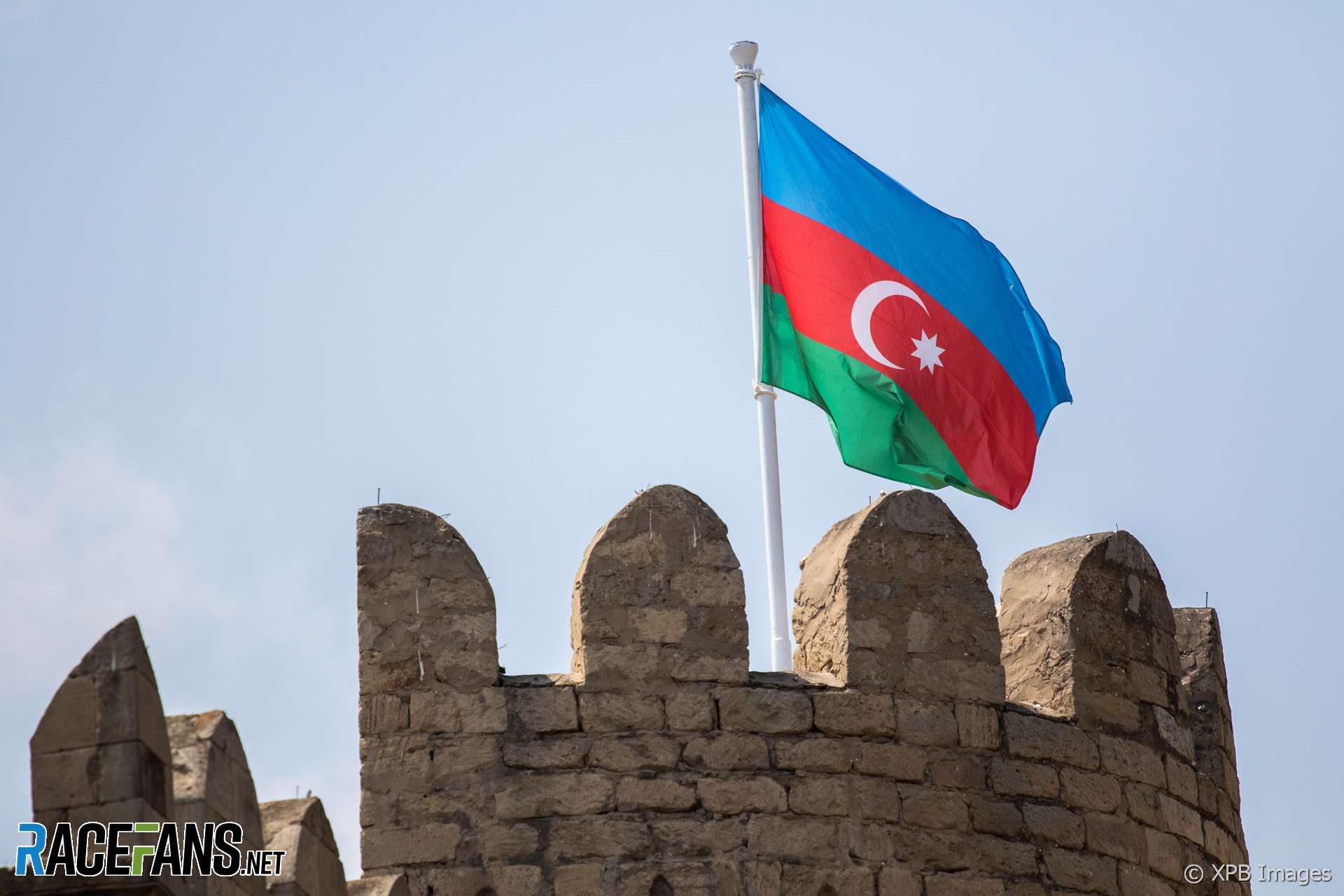 @DieterRencken begins day one of the Azerbaijan Grand Prix by debunking a false rumour from the previous race and examining an eye-raising £100 million loss at McLaren.

I eventually arrive at my Baku hotel after a three-hour wait for check-in luggage which never appears. I’m not alone: F1 folk from Amsterdam, Nice, Paris and other world cities also stood at the emptying belt in despair, wondering whether there could miraculously be another container still to come, before it became clear we’re out of luck

I’m told 65 items are missing and presumed lost, and that a short connection between incoming flights in Moscow and our out-bound Aeroflot flight to Baku is the cause. Clearly an hour suffices when there are only a handful of passengers needing to switch flights to Azerbaijan’s capital city, but not when whole planes of connecting folk, all with crucial luggage, are disgorged. Still, that’s no excuse: the loading factors can’t have taken them by surprise.

So starts day one of a race weekend about as frustrating as any I’ve experienced. The absent luggage is one thing, but the zero-care attitude displayed by Aeroflot staff makes matters worse. This has happened to me before, but on previous occasions I’ve been kept informed all along the way and been reunited with my bags within a day or so.

This time, though, in the over 30 hours that elapsed since my bag went missing, not a single word about its fate, nor any form of assistance offered, only bland responses to questions on social media. Aeroflot? Zeroflot… 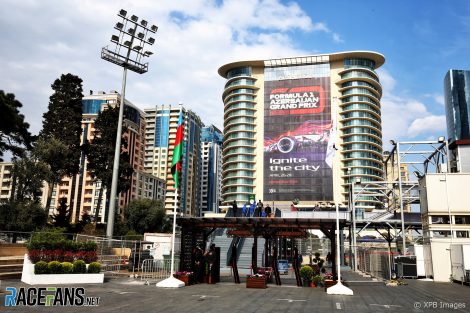 Up after a couple of hours of shut-eye, taxi to media centre situated in the Hilton Hotel overlooking the circuit. Due to traffic and road closures brought about by the street circuit, my five-kilometre journey takes about an hour.

Last year, coincidentally my 300th grand prix, I’d been fortunate in securing an Airbnb apartment overlooking the circuit and within walking distance of the paddock, but when I enquired for this year it was unavailable, so I booked a room in a hotel on the border between Baku’s old and new towns.

Due to the time zone difference – three hours ahead of GMT – media schedules in Baku are shifted out by an hour or two, and thus I don’t miss any sessions despite my late-ish start and ongoing distractions of the luggage situation. When attempting to track the bag I notice the attendant at the lost luggage desk had not provided a reference number… 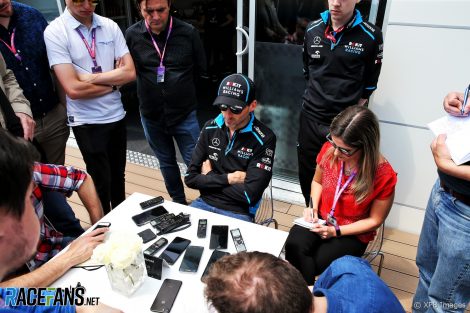 I grab brunch in the media catering area – cheese croissants and a beef wrap provided by the Hilton – before hitting the interview trail and a general catch-up across the paddock. Although we’d last decamped in China a fortnight ago, so disjointed was that event and so vast its convoluted its paddock, that it seems like ages since I last caught up with key folk.

One of the stories I’d picked up was that a number of the Ayrton Senna helmets on display in the Shanghai paddock as part of the 1000th race celebration (that wasn’t) had been nicked, but I’m happy to debunk that rumour after checking with a Chinese colleague who consulted circuit security: apparently the displays were rotated each day, causing some to assume the helmets had disappeared.

A talk one-on-one interview with Arif Rahimov, the youthful promoter of the race who was appointed after his company was awarded the construction contract for the venue. Arif is always good value: we’d originally met in 2014 shortly after the project was announced, and he’s always played open cards with me. We’ll publish the interview shortly, but one thing is sure: Baku is on the F1 calendar for the foreseeable future.

Last of the interviews before I busy myself with suitcase matters, then switch focus to news of McLaren’s financial results. A £100 million hole is shocking but, ultimately, in line with what I’d predicted given the swing of switch from free Honda power and commercial support to paying for Renault engines, coupled with reduced FOM’s revenues. Still, McLaren’s Middle Eastern shareholders have deep pockets…

Head for the Buddha Bar in the Marriott hotel at the far end of the paddock for Baku’s traditional welcome party. A sumptuous tenderloin steak, accompanied by veggie spring rolls and salad, is followed by fruit salad and pastries. But my lack of shut-eye means I soon make my weary way back to the hotel.

Back at the hotel. The complexities of registering for sim cards in Azerbaijan plus cost of telecommunications in a country outside the EU has chronically frustrated my attempts at following up on my baggage, but a friend in Moscow who chased the saga on my behalf leaves a WhatsApp message: the missing bags should be on the 4am flight from Moscow…

Approximately 18 of the 65 missing bags did arrive in Baku on the 4am flight, but mine is not amongst them, and still not a word from Zeroflot.