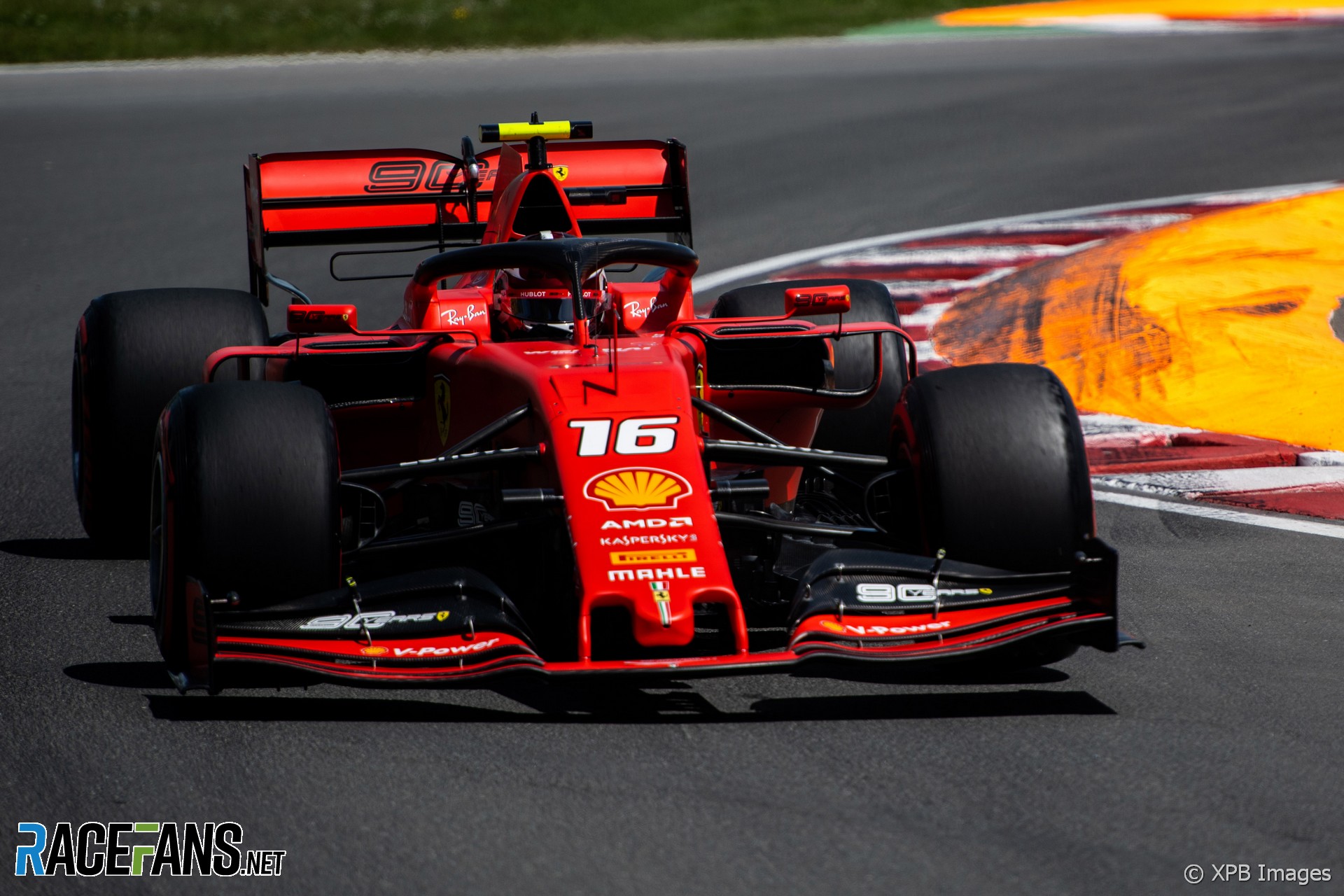 Charles Leclerc has kept his third place on the grid despite being penalised for an infringement during qualifying.

The Ferrari driver was found to have rejoined the track in an incorrect fashion after going off at turn nine.

The stewards ruled Leclerc “rejoined the track safely, recognised his error and aborted his lap in order not to gain a sporting advantage”. The lap time he set was deleted, which does not affect his qualifying position.

The stewards noted that “had this incident occurred during the race a time penalty would have been imposed.”

Kevin Magnussen and Lando Norris both escaped penalties for failing to rejoin the track in the correct manner during practice.

Leclerc qualified third but was more than six-tenths of a second slower than team mate Sebastian Vettel. He admitted he has still has room to improve how he refines his car during qualifying. “This is a point I need to work on, to try to set up the car, especially for Q3,” he said.

“In Q1, the car felt quite good – then Q2 a bit worse and then Q3 it slipped away and I also did some mistakes. So I need to understand from where it comes to just try to anticipate the track evolution and have the car at its best in Q3.”

6 comments on “Leclerc keeps third on grid after Q2 penalty”