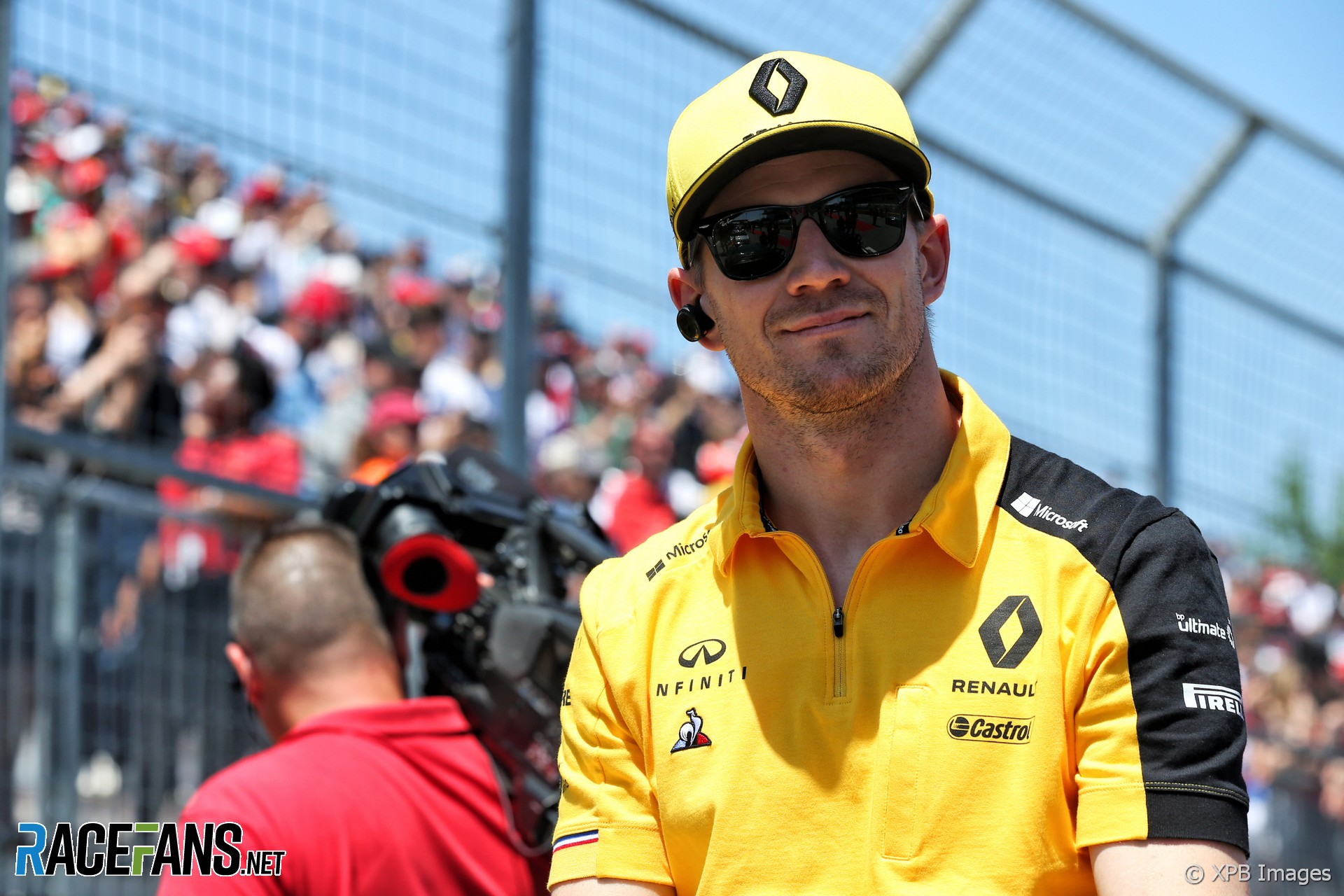 Nico Hulkenberg has said he is “pretty optimistic” about upgrades Renault will bring to their home Grand Prix at Paul Ricard, saying the team’s results don’t reflect the car’s performance so far this year.

Hulkenberg finished 7th at the Canadian Grand Prix, behind teammate Daniel Ricciardo in 6th. Both cars were lapped by the leading five cars (both Mercedes, both Ferrari and one Red Bull) but it marked the team’s best result so far this year and only double points finish.

He said that the race showed positive momentum, that the team was hoping to carry into their home Grand Prix at Le Castellet, putting earlier difficulties behind them.

“If you have the package and if you do the job, that usually does pay off. We’re doing a good job with what we have.

“We had a troubled start to the season and we need to keep this sort of thing going, hopefully take this momentum into the Renault home Grand Prix”

Hulkenberg said that although the top three teams remained ahead of Renault’s potential pace, beating one of the Red Bull cars on track was a positive development and that he would expect more performance at the French Grand Prix courtesy a new upgrade package.

“The top three teams are still pretty well ahead although today definitely one Red Bull we beat on pace and merit so that was good to see.

“We get some upgrades at Paul Ricard so I’m very excited for those, hopefully they can bring more performance to the car and hopefully we can maybe close the gap.”

He said that the upgrades should make a significant difference – combined with continuing to avoid technical issues or human errors that had affected the team’s qualifying and race performances.

“[I’m] pretty optimistic – and I think it’s realistic because so far the car’s performed on every kind of circuit so I think the package is consistent and works pretty much everywhere we’ve been.

“We’ve just not got the results because of mistakes, reasons, technical issues and whatever it was so that makes me quite optimistic heading there.”