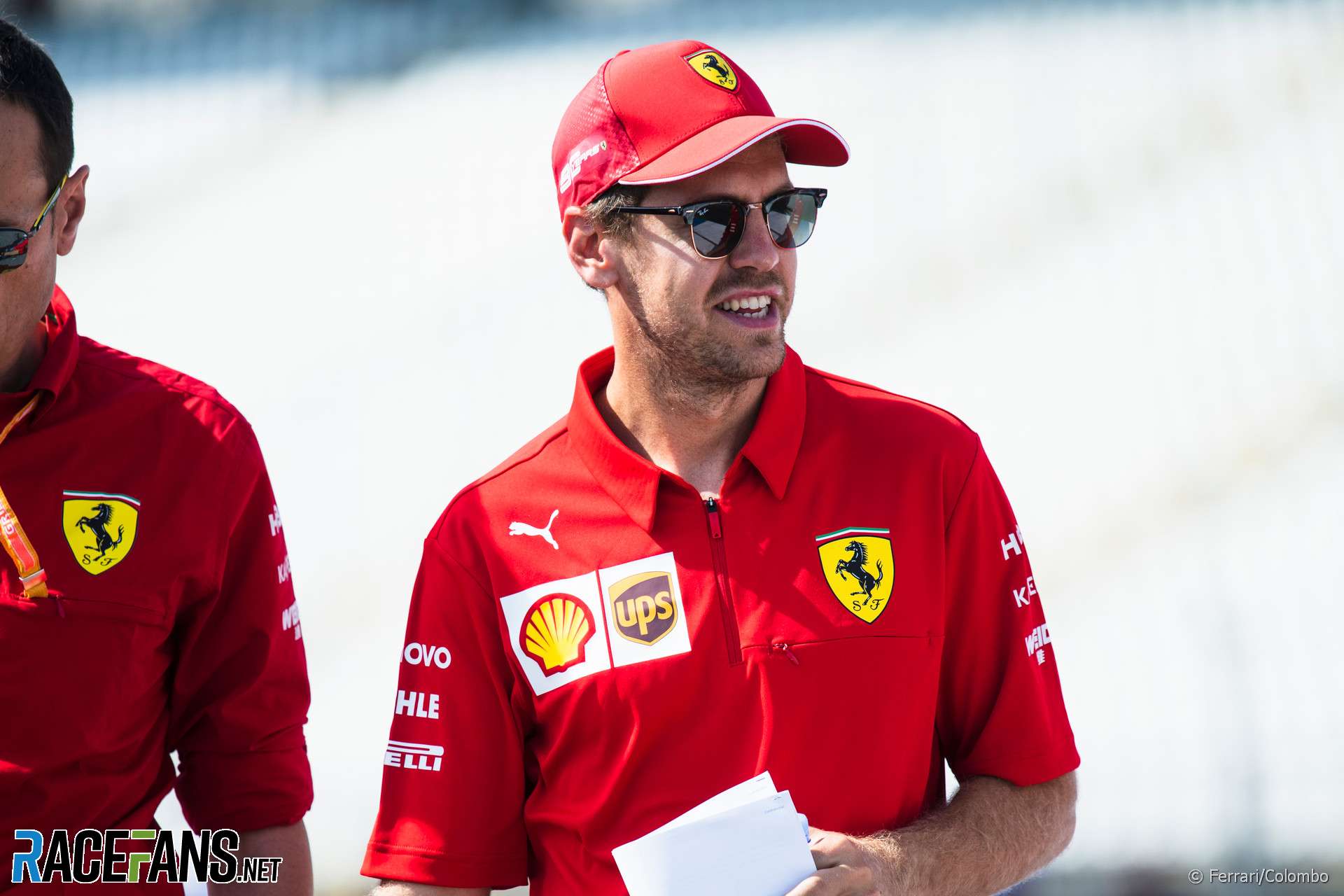 In the round-up: Sebastian Vettel urges Formula 1 to keep the German Grand Prix on the calendar.

The Hockenheimring doesn’t have a place on the 2020 F1 calendar yet and Vettel is concerned he might not have a home race next year:

Obviously it’s great to have a race in your home country. It would be a shame if we missed the race that has been so many years in the calendar and so much history here. I think it would be a shame to lose the race just for some silly money reasons.

#F1 has chosen China as the first market to have a regional F1 Esports championship. The players who finish first and second will win places in the 2020 F1 Esports Pro Draft.

This weekend Charles Leclerc's younger brother Arthur is racing in the German F4 support category at the Hockenheimring. The pair did their track walks together today. The younger Leclerc is third in the championship, seven points off the joint leaders, but isn't among the six drivers who've won the six races so far this year… #F1 #GermanGP

"The Grand Prix of St. Petersburg is positioned to remain a cornerstone event on the IndyCar schedule through at least 2024 in the wake of the St. Petersburg City Council unanimously approving a four-year extension to the existing agreement with the promoter."

"KC Motorgroup Ltd. (KCMG) took the opportunity of today’s press conference to reveal its groundbreaking new Formula 4 car for the single-seater category. Designed and built specifically and exclusively for the FIA, it will be the first hybrid-powered single-seater outside of Formula 1."

"The ACO has strongly backed hydrogen as the future of endurance racing, ramping up its MissionH24 program to include a lap of Circuit de la Sarthe ahead of last month’s race."

"As always the main target is F1. You always need to be ready for something else and you always have to have a Plan B."

"Despite writing hundreds of letters and proposals to businesses and race teams, my funding dried up in 2015. Companies used to say things like: ‘We’re not sure that a woman in motor racing is the right positioning for us.’"

A hot Friday followed by two days of storms? @Geemac foresees the weekend ahead:

Friday: Mercedes are fifth and sixth in first and second practice, Toto Wolff says: “We are really struggling with the high temperatures. we just haven’t got a complete solution for the issues that first came to light in Austria yet. We just have to limit the damage over the weekend.”

Saturday: Mercedes qualify first and second and cooler temperatures: “We truly weren’t expecting this great result, we improved the car overnight and Valtteri and Lewis put in great performances today.”

Sunday: Mercedes cruise to a dominant one-two in even cooler temperatures: “This was a miraculous turnaround and is a true testament to the hard work put in by all the people in our team”.
@Geemac