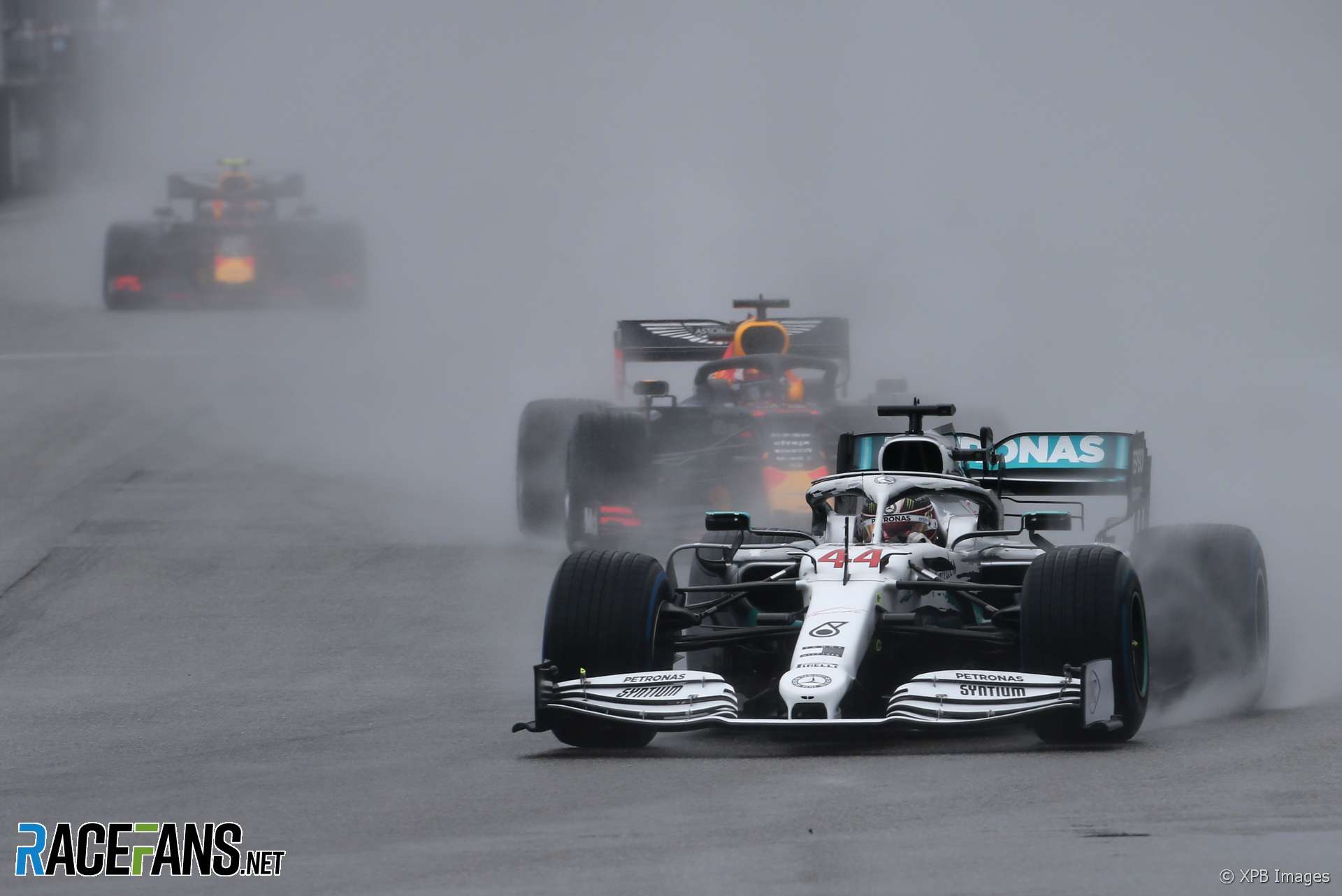 Mercedes owned up to a series of race strategy errors during the German Grand Prix and admitted the timing of one pit stop for Lewis Hamilton was “as bad as it could be”.

The team’s trackside engineering director Andrew Shovlin described the team’s race as “very frustrating”. Lewis Hamilton and Valtteri Bottas ran first and second in the opening stages but Mercedes were caught out when fresh rainfall fell on a track which had been steadily drying.

“The weather wasn’t easy to deal with,” he said. “The rain was coming and going and around midway we were in reasonable shape but got caught out on dry tyres when the rain got heavier.”

Having put both cars on intermediate tyres during the first Safety Car period, Mercedes brought Bottas in from second place to put on slick tyres on lap 26 as the track dried.

“With Valtteri we went to mediums the lap after Max [Verstappen], which was OK but we should have reacted sooner when the Safety Car came out to take the opportunity to go to back to intermediate and that cost him the position.”

Hamilton switched to slick tyres even later, by which time the rain had returned. “With Lewis our timing was about as bad as it could be,” Shovlin admitted.

“We’d stopped for softs just as the conditions were getting worse and then he slipped off the track the next lap in the same place as Charles [Leclerc] went off. We were ready for Valtteri to come in, so when Lewis needed a nose change we just weren’t ready and lost a load of time.”

The team then reacted too slowly when the track finally became dry enough for slicks. “Despite all that, we were still second and third during the next Safety Car period but we were too cautious with the jump to dry tyres and lost position with both.

“On top of that, Lewis had the penalty to serve and should have done that earlier as we lost of a load of positions once everyone was bunched up. We then had both drivers spin at turn one in the damp, which pretty much finished our day.”

34 comments on “Mercedes: Hamilton pit stop timing was “as bad as it could be””