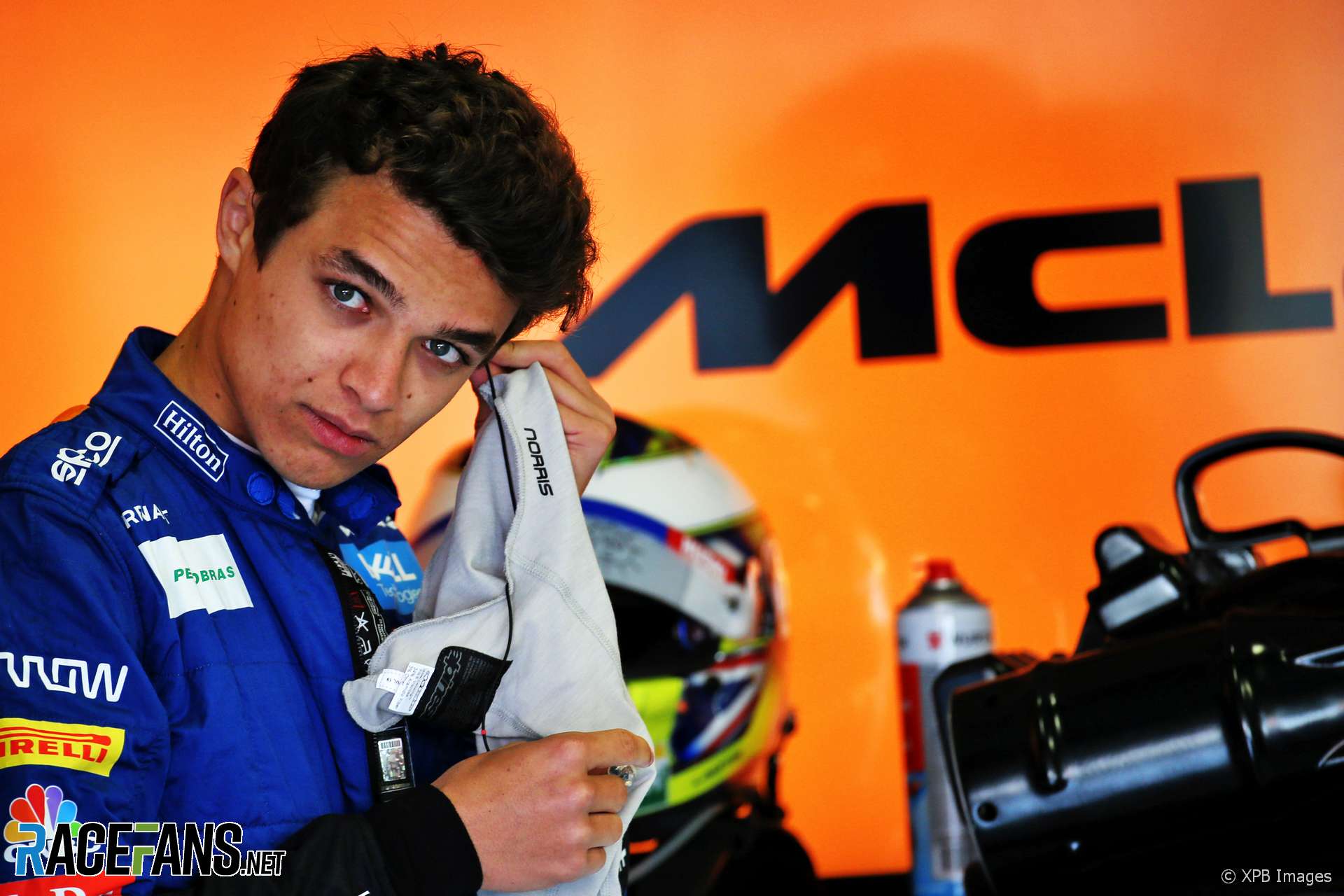 Lando Norris says he didn’t truly believe in his chance to become a Formula 1 driver until it came true.

The McLaren driver had a highly successful ascent through the junior categories, including three championships wins in 2016 alone. He became European Formula 3 champion the following year, then finished runner-up to George Russell in Formula 2 last season.

During that campaign his promotion to McLaren’s F1 team was confirmed. But Norris said it was only at that point that he believed he would get to race in F1.

“It was always my ambition, since I was 13 or 14,” he said in response to a question from RaceFans. “I always wanted to but I [did] not always believe that I could do.

“I knew I was reasonably good and I won races and some championships but it’s still not a guarantee you’re going to be in F1.”

“I never believed I could get to F1 until I was told I was going to have the seat,” he added. “I don’t know why, I just never believed it. Before I got told, no, after, it was a yes.”

Norris admitted he’s surprised himself with some of his performances since arriving in the sport.

“I don’t think I’ve done amazingly, I’ve done pretty well, but I still [didn’t] think I would have done as well as I have done in terms of my competitiveness in general.

“Obviously compared to Carlos as a guy I can compare with, but not just against him. Racing other drivers, drivers who’ve been in [F1] for many more years than me, people with a lot more experience, people in faster cars and so on. I’ve done things which I didn’t necessarily think I would one hundred percent be able to do.”

5 comments on “Norris: I never believed I could get to F1 until I did”