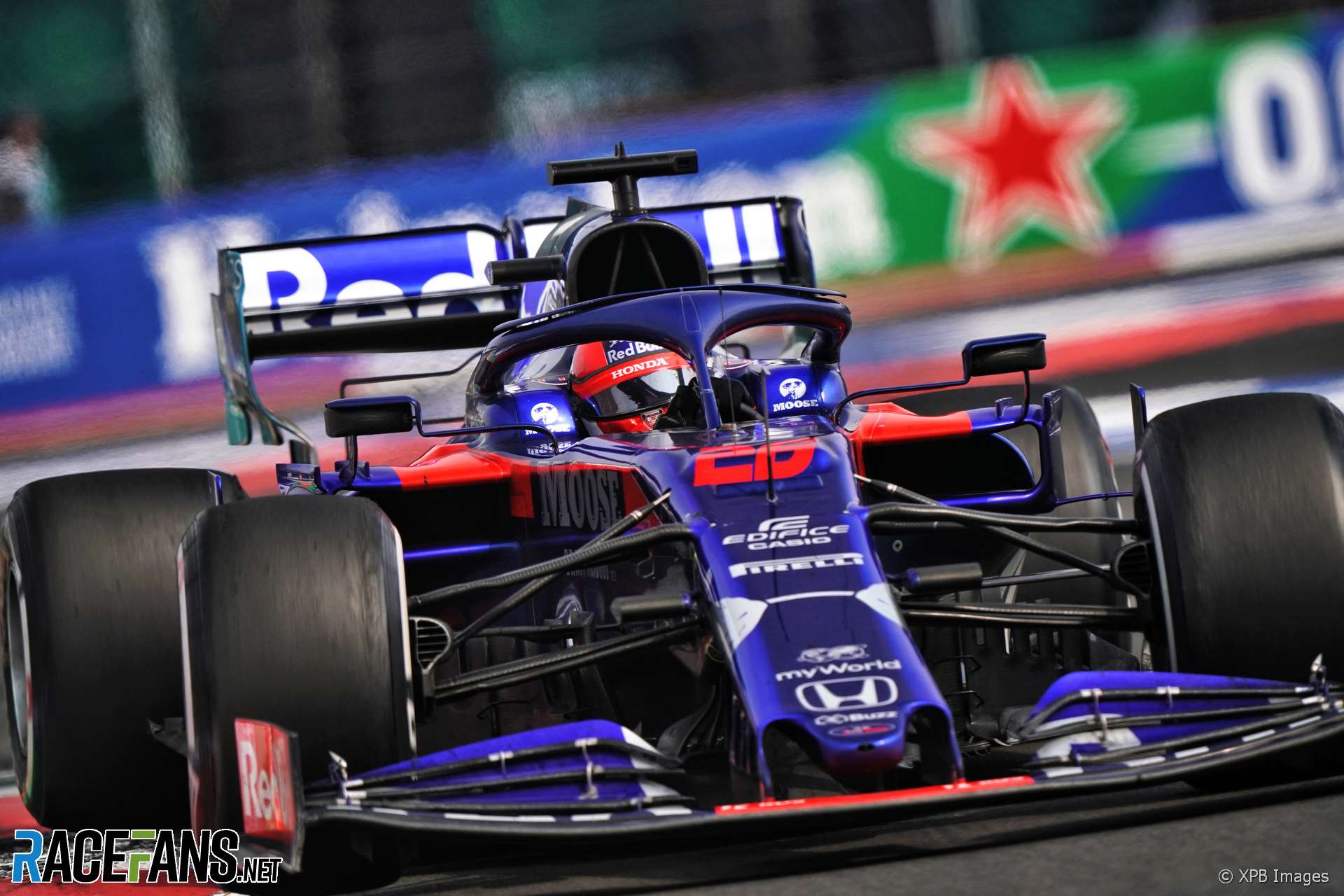 Daniil Kvyat criticised the penalty which cost him a points finish in the Mexican Grand Prix, but race director Michael Masi insisted it “could not have been more clear.”

The Toro Rosso driver was given a 10-second time penalty for colliding with Nico Hulkenberg at turn 16 on the final lap. The collision sent the Renault into the wall, although Hulkenberg was able to cross the line in 11th place. That became 10th when Kvyat’s penalty dropped him out of the points.

Kvyat said he was “quite upset” with the penalty. “I disagree with it because we are told we are allowed to race.”

The penalty was decided by a four-person team of stewards. Race director Masi said they felt Kvyat’s move clearly deserved a penalty.

Hulkenberg also held his rival fully to blame for the collision.

“Obviously he is guilty,” said the Renault driver. “I left him plenty of space but he does give me a little push on the rear tyre and and that’s all it takes, obviously, to spin a car around.

“[But] it’s racing. As a racing driver, he’s also obliged to take it, to try it. So I can’t really blame him, it’s just racing, but of course you need to try to do it cleaner without hitting each other and then putting cars into the wall.”

Hulkenberg was nursing badly worn tyres at the end of the race and suspects he wouldn’t have been able to keep Kvyat behind to the line if they hadn’t tangled.

“I think he would have got me in the exit of the last corner anyway because my tyres were dead,” he said. “I was on the outside line and I think I would have had a very poor exit.”

18 comments on “Kvyat criticises penalty, Masi says it ‘could not have been clearer’”