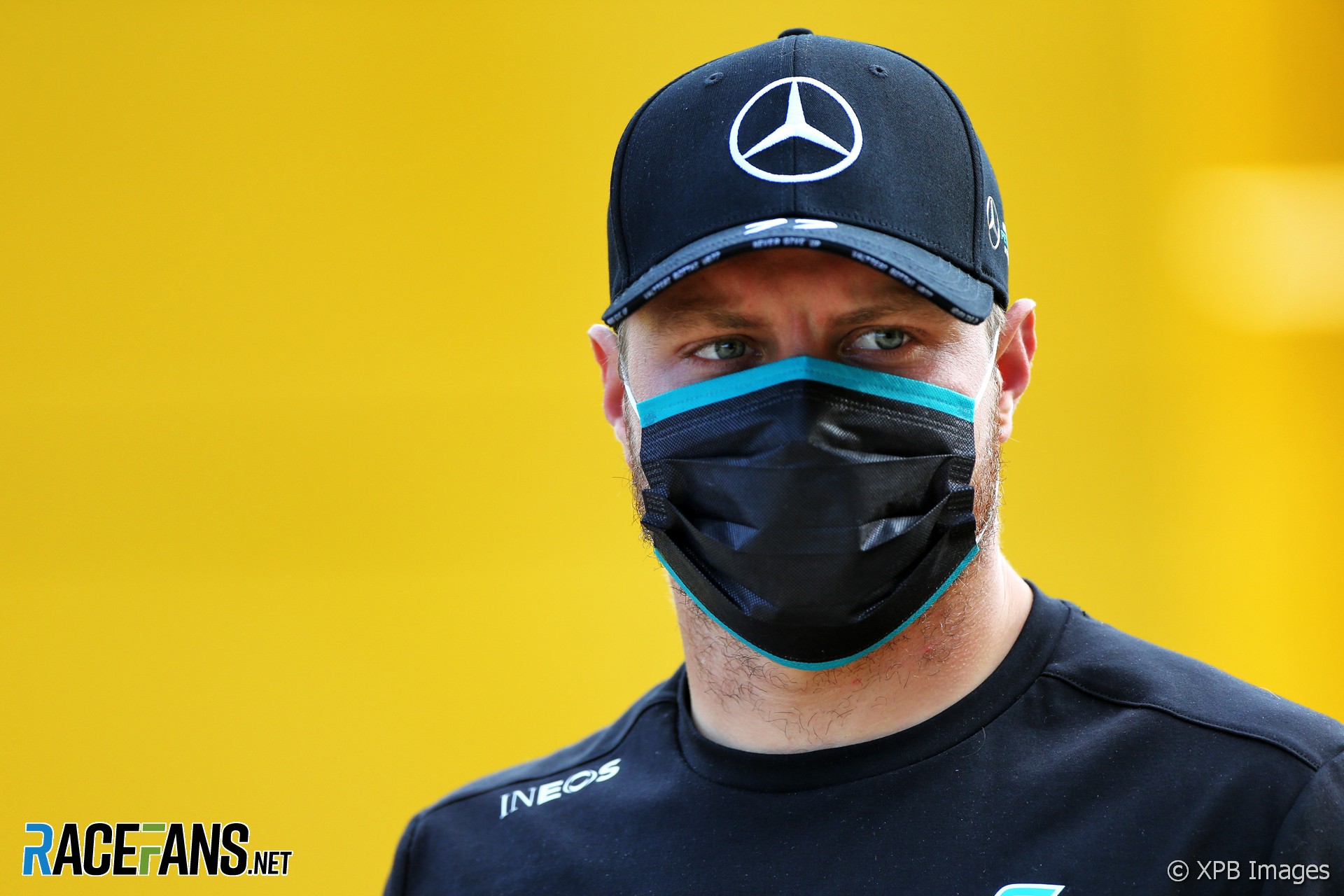 Valtteri Bottas says his season has been “pretty bad” since he won the opening race, and he is growing concerned for his championship chances.

The Mercedes driver won the season-opening grand prix in Austria but has lost points to Lewis Hamilton at every round since then. He lies third in the championship, 43 points behind his team mate.

“Apart from the first race, it’s been pretty bad,” said Bottas following his third-place finish in the Spanish Grand Prix yesterday. “There’s not been a weekend that has gone smoothly and without issues or so on apart from the first one.

“So a pretty bad season so far. Obviously, that’s disappointing so it’s nice to have a break. Hopefully we still have many more races to go, maybe even up to 10 or something like this. I would hope so. It’s far from ideal.”

He qualified on the front row alongside Hamilton but lost two places at the start which compromised his victory chances.

Bottas admitted he made “a bad start” yesterday. “I think the initial get-away from the line was not quite good enough and also my reaction time could have been a bit better. So just not a perfect start when it was needed.

“On this track if the guys behind get a tow from you and if you don’t get a tow and if your start is not better, you pay the price. So that’s it.”

He said he was “very disappointed” following his fifth consecutive defeat to Hamilton. “It’s far from ideal.

“I have no clue, actually, what the points difference is, but it’s way too big. And I can see, again, the championship drifting away.

“So I will take a couple of days to look at everything and see what went wrong and again move on. But obviously at this point, very disappointing. But yes, I know I always bounce back.

“No doubt in Spa, as always, I’ll in full mental health, giving everything I have. But for now I want to be somewhere else than here.”