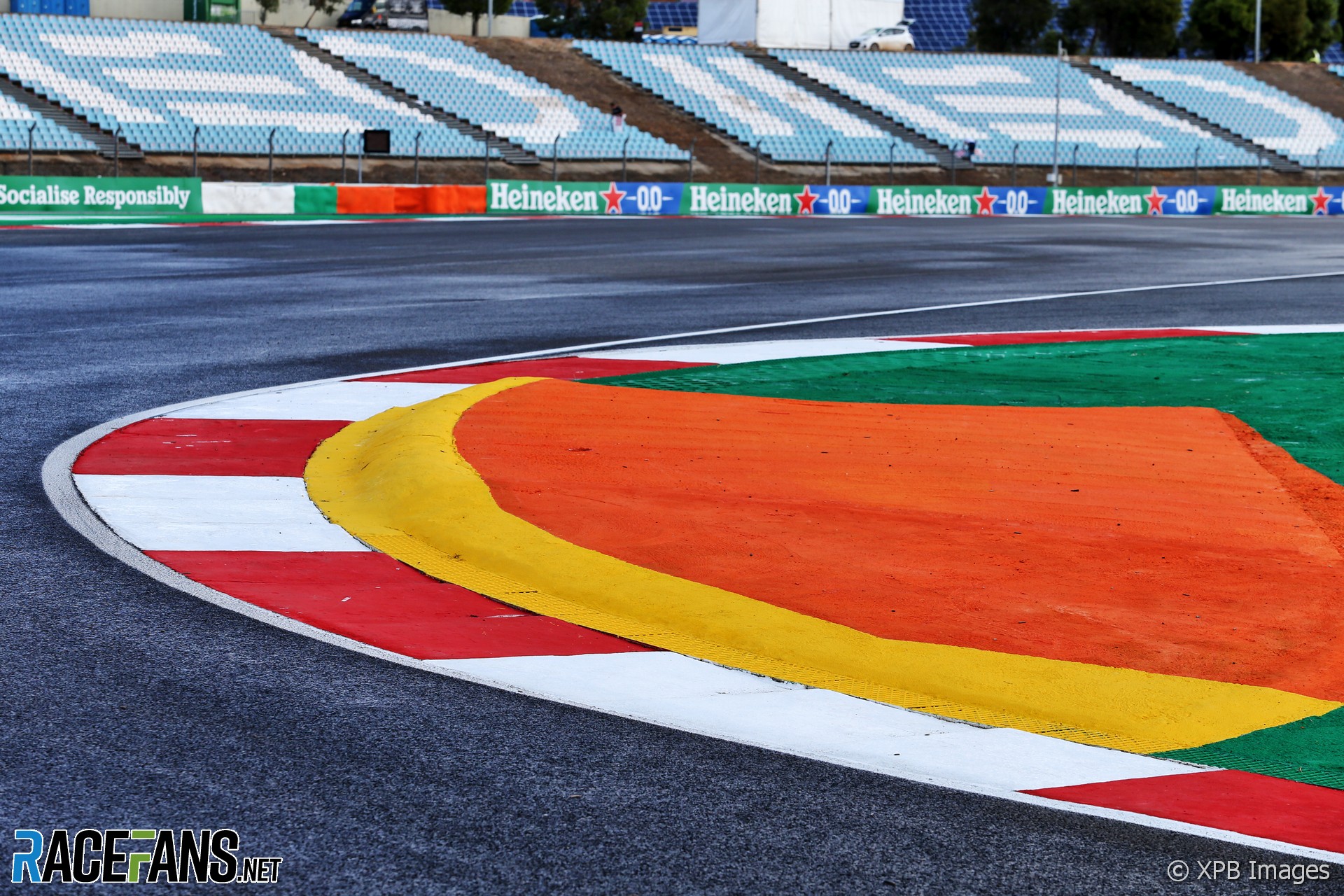 Formula 1 has revised how track limits will be policed at the Autodromo do Algarve after over 100 violations were recorded on the first day of running at the Portuguese track.

Turns one and four are the two major causes for concern. Over the course of Fridays two 90-minute sessions, 125 lap times were deleted because drivers were judged to have strayed beyond the white lines marking the edge of the circuit at these corners.

As of today’s final practice session, the boundary has been relaxed. Drivers may now run beyond the line and their lap times will be counted providing they remain in contact with the red and white kerb beyond it.

Revised notes issued to the drivers by F1 race director Michael Masi state: “A lap time achieved during any practice session or the race by leaving the track and cutting behind the red and white kerb on the exit of turn one [or turn four] will result in that lap time being invalidated by the stewards.”

Drivers have also been given new instructions regarding the circuit boundary at turn 15. They will now “be judged to have left the track if no part of the car remains in contact with the track” at the final corner.