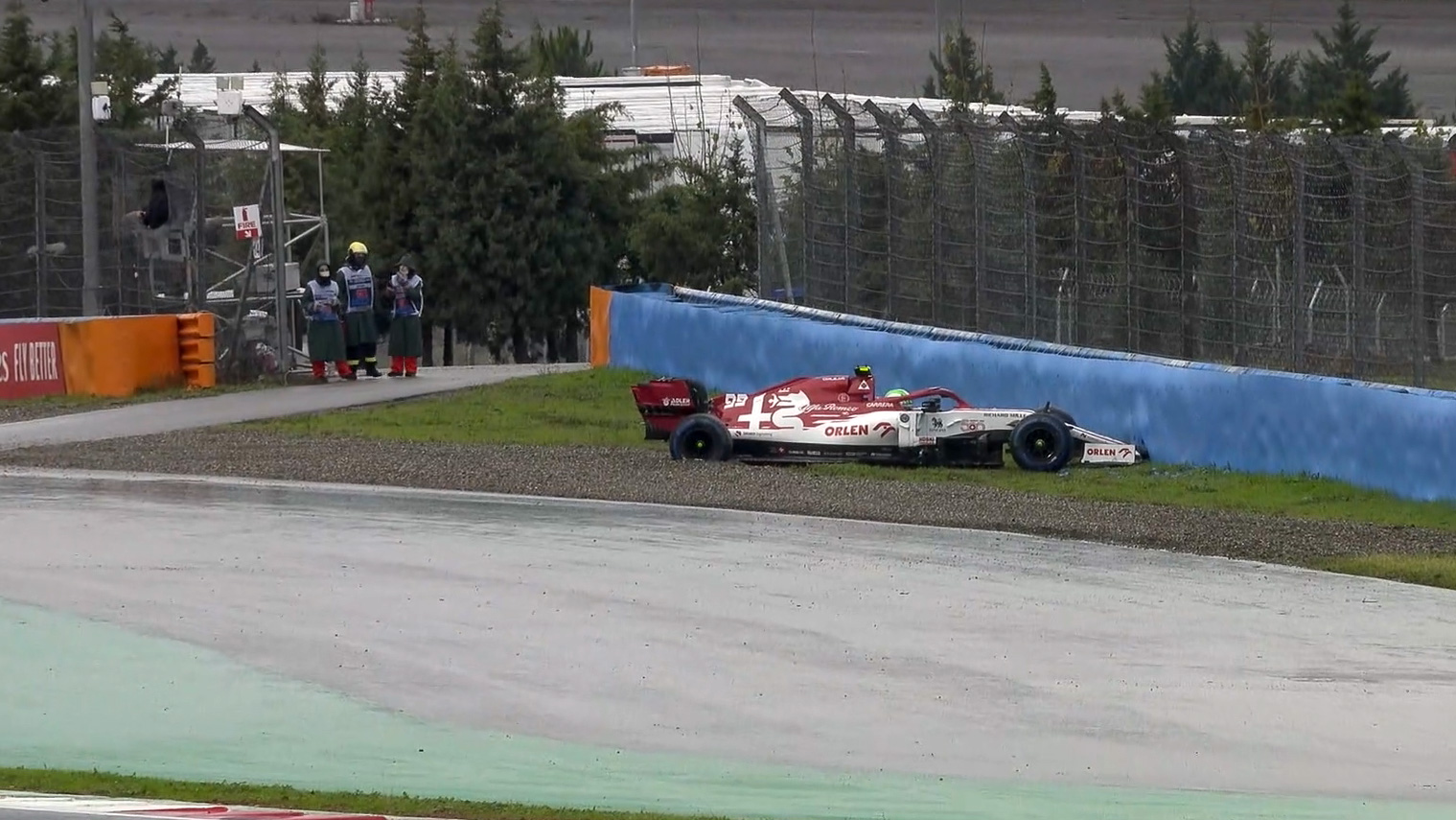 Antonio Giovinazzi and George Russell have crashed while driving to the grid before the start of today’s Turkish Grand Prix.

The pair were involved in separate incidents during their reconnaissance laps. Further rain has fallen at the Istanbul Park circuit ahead of today’s race, leaving conditions very slippery again.

Giovinazzi spun into a gravel trap at turn two. There was no obvious suspension damage to his Alfa Romeo and Giovinazzi was able to return to the starting grid. He is due to start the race from 10th on the grid.

Russell crashed into wall at the pit lane entrance. He told his team he was “going at walking speed, it’s ridiculous”.

Williams has confirmed both its drivers will start from the pit lane.