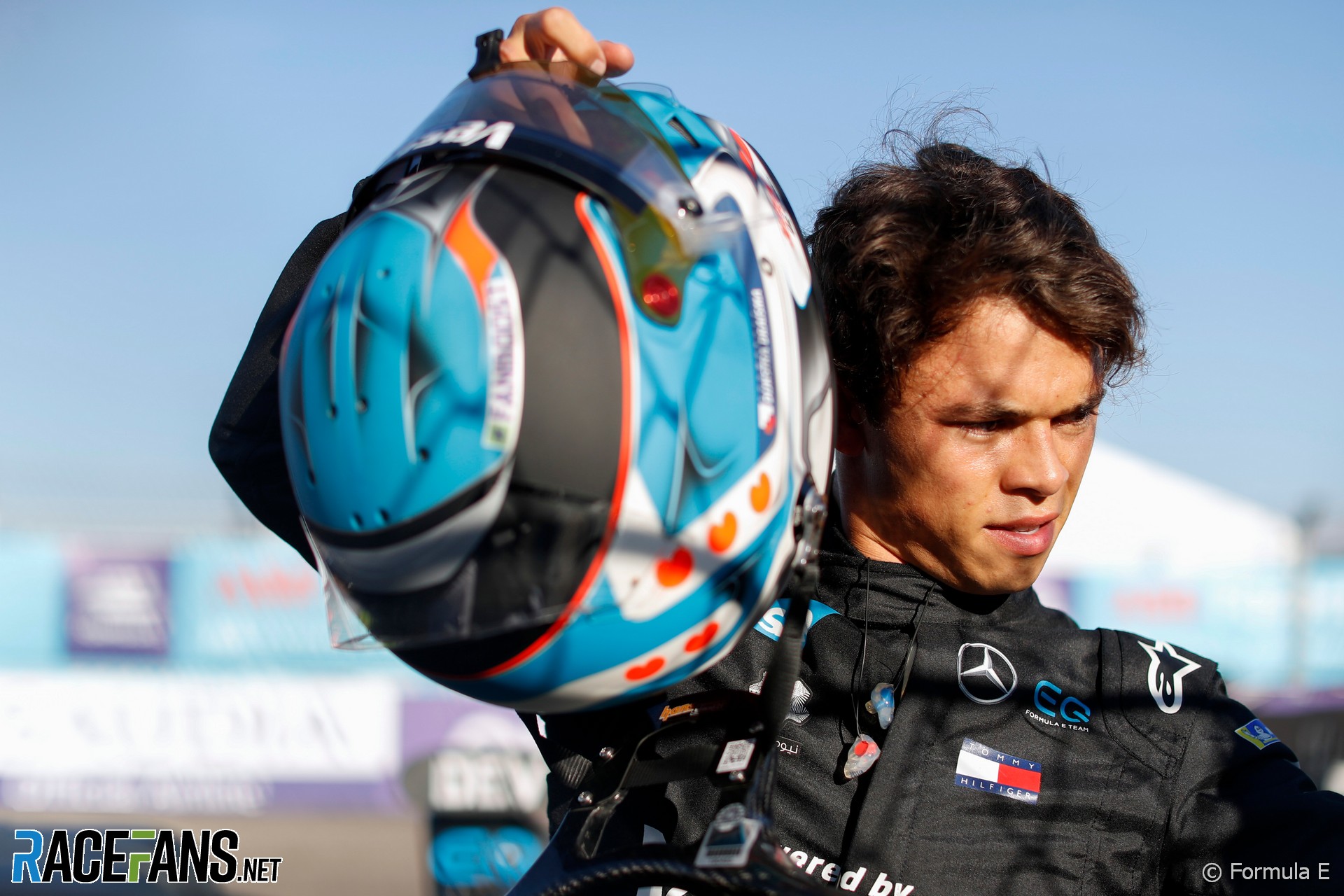 The Mercedes Formula 1 team will give testing opportunities to its Formula E drivers Nyck de Vries and Stoffel Vandoorne at the Yas Marina Circuit next week.

The December 15th test was originally designated an event for young drivers. However the FIA has informed teams that drivers who have started more than two F1 races will be allowed to participate if they have not raced in the series this year.

That opened the door for Vandoorne, who raced in F1 for McLaren between 2016 and 2018. He was passed over for a promotion to Mercedes’ race team last week when Lewis Hamilton was unable to participate in the Sakhir Grand Prix. George Russell was given the opportunity instead of him.

Last year’s Formula 2 champion De Vries has not raced in Formula 1, and joined Vandoorne at Mercedes’ new Formula E team for the 2019-20 season. He finished the championship 11th after scoring his best result, second, in the final race.

De Vries, who like Vandoorne was previously a member of McLaren’s junior driver programme, will have his first run in a Formula 1 car. “[I was] buzzing from the day I was informed,” he said on social media. “This will become my Formula 1 debut. Can’t thank Mercedes enough for the faith and opportunity. Dreams come true.”

Other teams are taking advantage of the opportunity to run more experienced drivers. Fernando Alonso, who will return to F1 next year with Renault, will test alongside the team’s junior driver Guanyu Zhou.