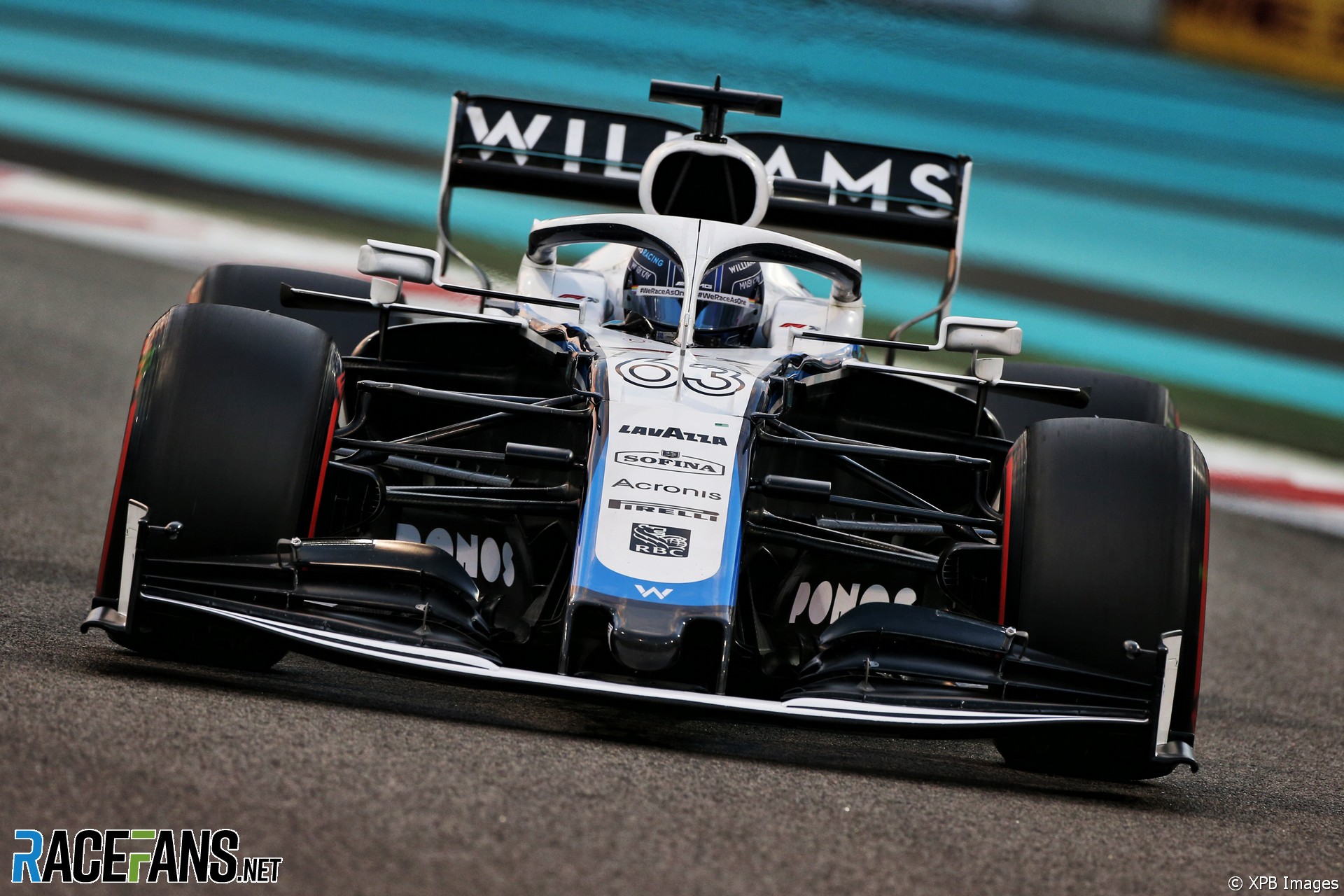 George Russell expected he wouldn’t get a second chance to drive for Mercedes in this weekend’s Abu Dhabi Grand Prix.

Having deputised for Lewis Hamilton during last weekend’s Sakhir Grand Prix, after the world champion was sidelined with a positive Covid-19 test, Russell finished ninth after leading for most of the race.

Speaking to RaceFans in an exclusive interview, Russell described how he felt when he learned Hamilton would be returning to his seat for Abu Dhabi.

“I was expecting it, to be honest,” he said.

“I think prior to Bahrain, I really wanted the two weeks in the car because I thought I might be a bit off the pace in Bahrain and then Abu Dhabi’s my second chance to know the car and what have you. Having had a competitive race in Bahrain, obviously it would’ve been great to get another opportunity to go for the win.”

Russell says he can feel the drastic difference in performance in his Williams to the championship-winning Mercedes having raced the W11 last weekend.

“In some ways I feel more comfortable here at Williams because it’s my car, it’s where I’ve been for two years. But ultimately, we just don’t have the speed.

“As a driver, you’re doing the same job, but one week you’re fighting in the top three, the next week you’re in the bottom three. But that’s, unfortunately, the sad reality in Formula 1 these days.”

With Russell under contract to remain at Williams for the 2021 F1 season, he says he wants to finish this season with a strong performance to repay the efforts of the Williams personnel.

“The guys here at Williams are giving everything for me,” he says. “So I feel like it’s my duty, especially the last race of the year, to go out and try and end on a high.”

8 comments on “Russell: Going from top three to bottom three is “sad reality of F1””