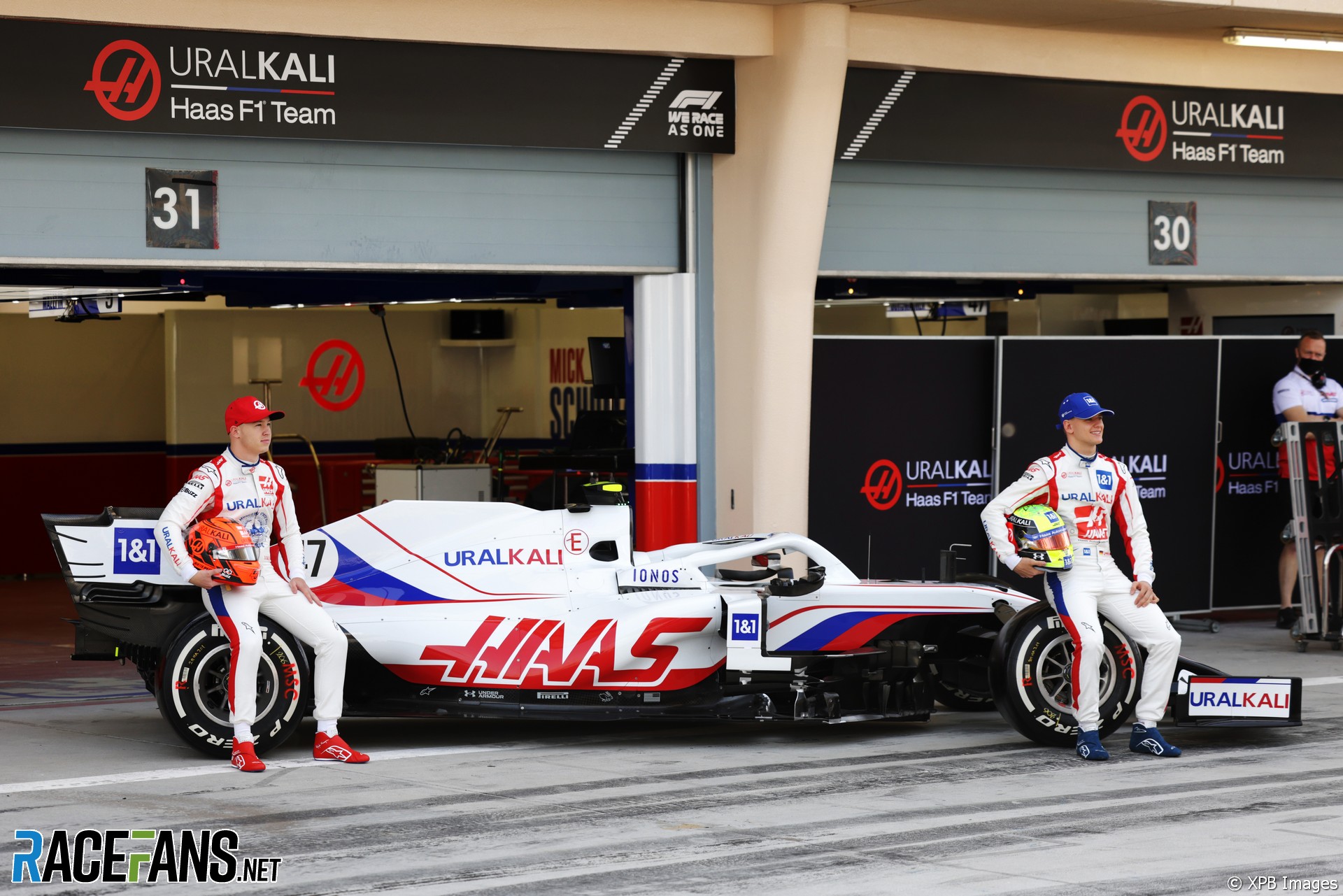 Haas has presented its new VF-21 for the 2021 F1 season ahead of the start of testing at the Bahrain International Circuit today.

The team ran the car in a filming day at the circuit yesterday.

The VF-21 is largely based on last year’s car. Unlike many of its rivals, Haas has not spent either of its two development tokens to upgrade the chassis, which took them to ninth place in the championship last year.

However the car has been modified to comply with new aerodynamic regulations for 2021 and will benefit from the new power unit Ferrari has introduced for the new season.

Haas has also changed to a new livery in the colours of the Russian flag for the upcoming season. The change in design is linked to new title sponsor Uralkali, which is owned by the father of new driver Nikita Mazepin.

However the car’s livery has attracted the attention of the World Anti-Doping Agency which has been Russian athletes, including Mazepin, from displaying the Russian flag and associated national symbols on their sporting equipment. The two-year ban, which came into effect in December, was imposed as punishment for the Russian Anti-Doping Agency violating doping regulations.

Mazepin is part of an all-new driver line-up at Haas with team mate Mick Schumacher.