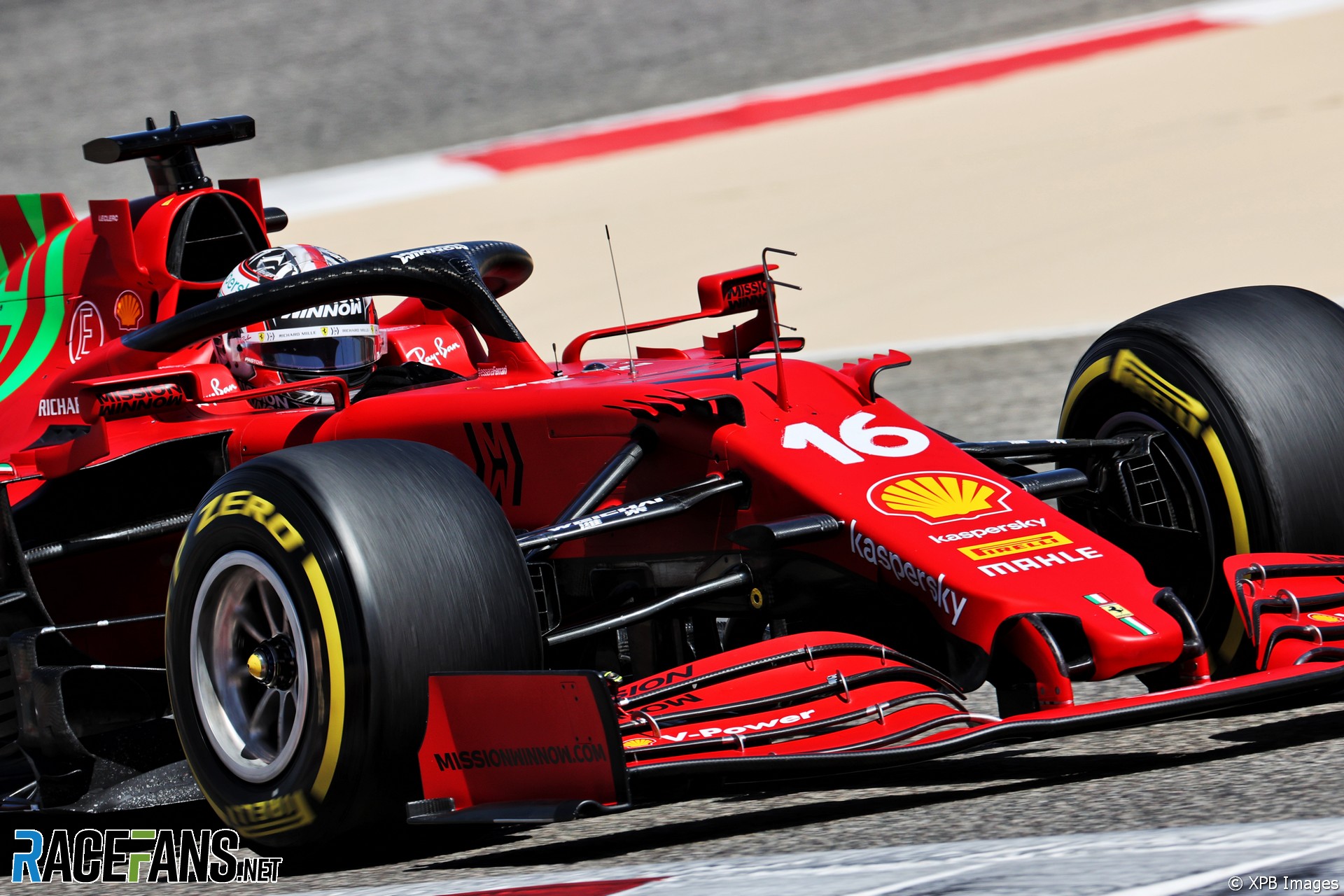 A lack of balance at the rear of the car was a defining characteristic of last year’s Ferrari, contributing to the team’s worst championship result in 40 years.

Speaking after the second day of testing, Leclerc says he feels far more comfortable with the balance of the SF21 than last year’s car.

“It is quite difficult with these conditions to compare with last year, but, for now, the balance feels quite good and I’m at ease with the car,” Leclerc said.

“Last year I was struggling quite a lot when there were warm temperatures and this year it feels a bit better for now, especially from the rear of the car. So let’s wait and see but for now it feels positive.”

The improvements to the rear end of the SF21 are both aerodynamic and mechanical, said Leclerc.

“There’s not only been progress aerodynamically, but also on the on the rear end of the car as a whole. So it’s very difficult for us to make the difference between aero and mechanical in the balance of the car but the fact is that I feel a bit more confident with the rear of the car, so this is positive.”

Despite the improved balance of the new Ferrari, Leclerc is tentative about whether the team’s performance in 2021 will be back to the level usually expected from the team.

“[In terms of] big gains, I think we’ll only know at the first qualifying whenever we put everything together,” said Leclerc.

“But the first data shows that what we have measured on track is similar to the gains we thought we did at the factory, which is already positive. But then whether it will be the case when we put everything quick and then this we’ll see.”