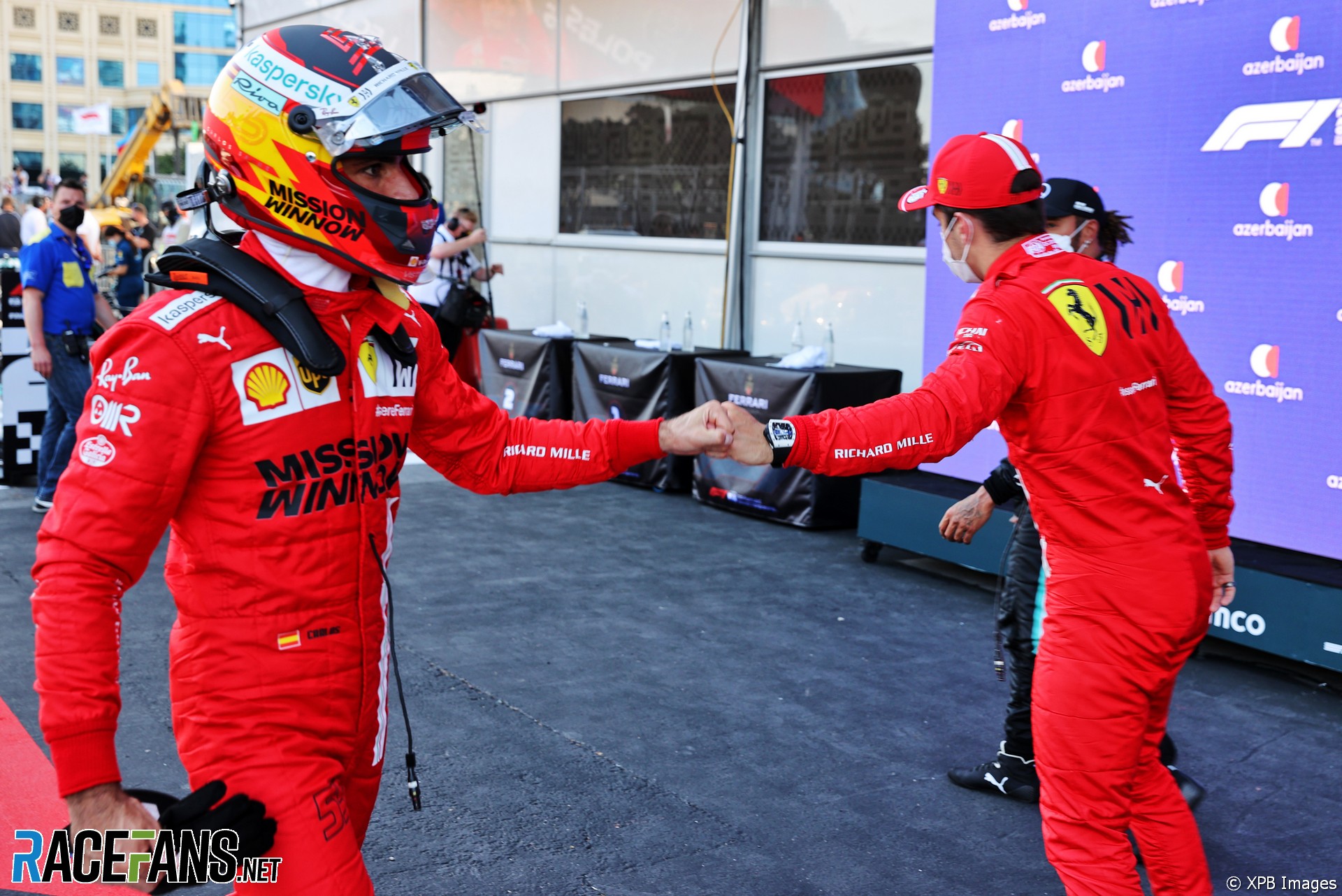 Yuki Tsunoda and Carlos Sainz Jnr explained how they were both involved in separate crashes which brought an early end to today’s qualifying session.

The AlphaTauri driver was the first of the pair to hit the barrier at turn three during the final runs in Q3.

Ferrari driver Sainz was following close behind and crashed while trying to avoid Tsunoda.

“I’m doing 330kph, I see the smoke and I don’t know if he has done the corner or if he has crashed,” said Sainz. “So I hit the brakes, hit them hard obviously to try and make the corner and then immediately I saw that he had crashed and I had to take avoiding action.”

Sainz had a similar experience in Monaco two weeks ago where his team mate Charles Leclerc crashed ahead of him, though on that occasion Sainz kept his car out of the barriers. “It’s not ideal, two consecutive races that the car directly in front of me crashes in Q3,” he admitted.

“This time maybe in Q3 run one I should have gone for a two, that gave obviously Charles that extra two-tenths in the straight to fight for pole. But I didn’t know that another red flag was coming again in Q3.”