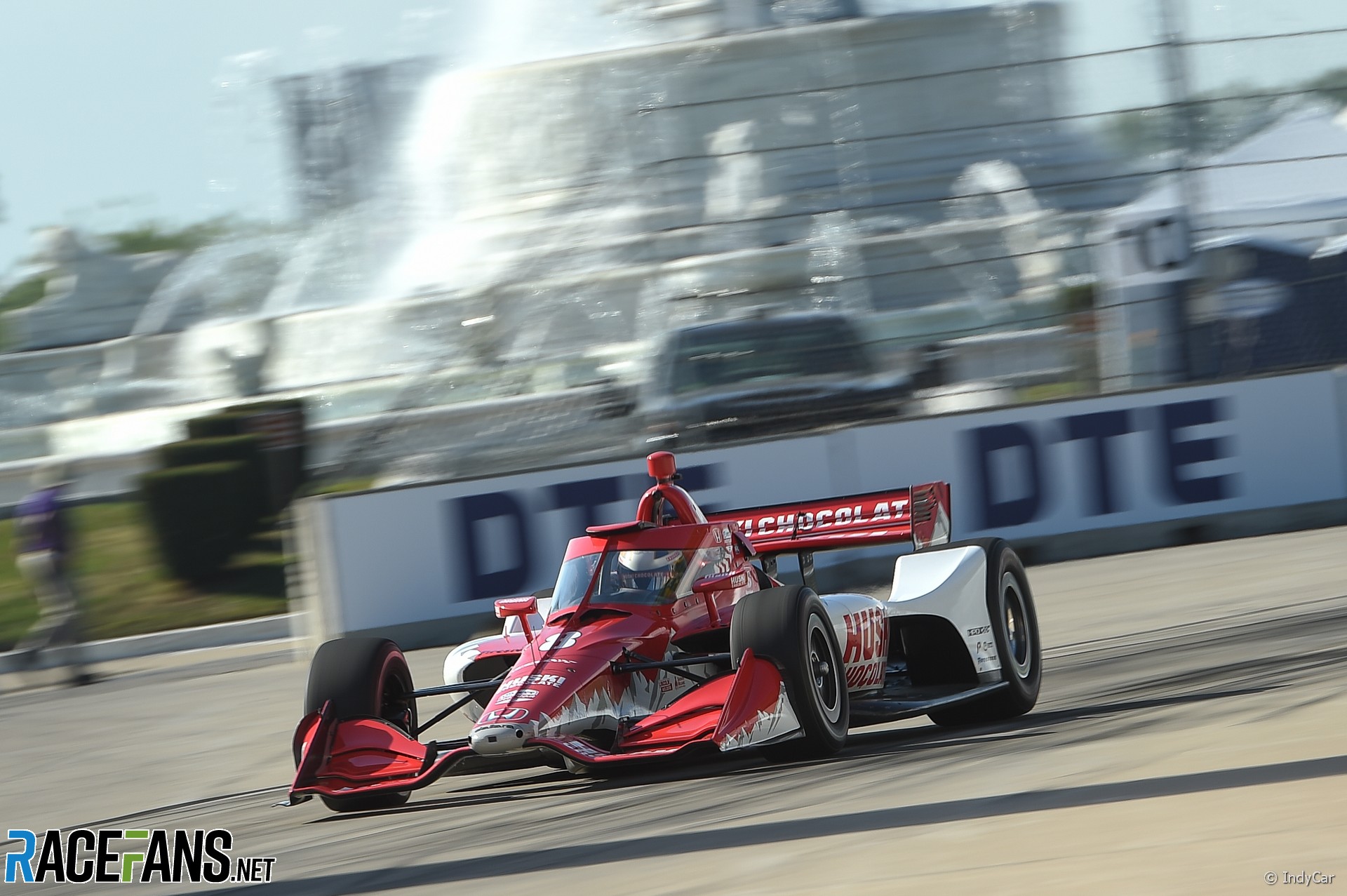 Rosenqvist was extracted from his car and taken to a local hospital in downtown Detroit for further evaluation, but is stable and alert, and has suffered “no loss of function” according to IndyCar director of medical services Dr. Geoffrey Billows. The crash resulted in a red flag that lasted nearly 90 minutes, before the race resumed from lap 28.

Ericsson, who started 15th on a set of red sidewall alternate tyres, worked his way through the field after his first stint, and eventually found himself running in second position behind Will Power, who started seventh on a similar strategy. After the final round of routine pit stops, Power and Ericsson were running tail-to-nose up front, joined by Rinus VeeKay and Takuma Sato, who were battling for third.

A second red flag was thrown when Romain Grosjean crashed out with six laps remaining. The race restarted with three laps to go, but Power’s car refused to start at the end of pit lane. After leading 37 laps, the most of any driver, Power’s car was pushed out of line. As his 40th career victory slipped from his grasp, Ericsson moved to the lead of the race ahead of Sato, VeeKay, and O’Ward. Power was classified three laps down in 20th.

The final restart saw Ericsson get away cleanly, VeeKay and O’Ward get ahead of Sato to move into second and third respectively, and a mad scramble for the last places behind them. Despite the pressure from the two young drivers behind him, Ericsson held on to claim his first single-seater victory since the 2013 GP2 Series Nürburgring round, and his second podium finish in IndyCar – his first also came at Detroit two years ago.

VeeKay finished in second by 1.729 seconds, beating O’Ward to the line by just two tenths of a second. Points leader Álex Palou, who came back from 25th and last on the grid to finish 15th.

Three Rahal Letterman Lanigan Racing occupied positions four to six: Sato led Graham Rahal and Santino Ferrucci, the latter in RLL’s third car for the second weekend. Alexander Rossi, who qualified second, matched his best finish of the season in seventh, just ahead of Scott Dixon in eighth. Ed Jones scored his first top ten finish of the season in ninth, and Josef Newgarden recovered from having his left-rear wheel come loose early in the race to finish in 10th.