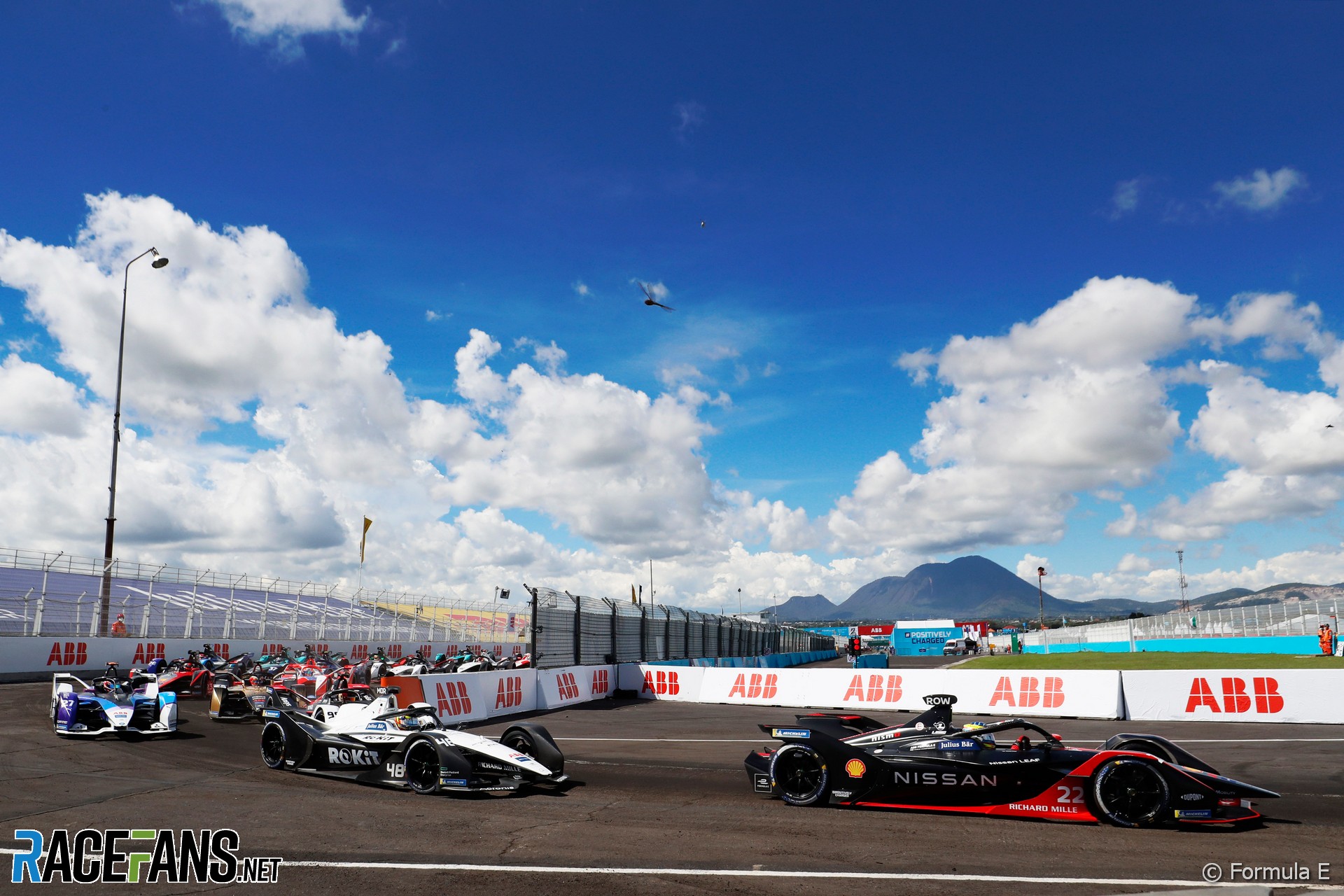 Olver Rowland had taken pole from Wehrlein, who was disqualified from victory 24 hours earlier. Mortara, who originally qualified fourth but was promoted to third after Alex Lynn was excluded from Super Pole, started on the second row next to Jean-Eric Vergne.

The left-hand side of the grid offered a clear advantage, being on the clean side of the track, and Rowland and Mortara got better starts than Vergne and Wehrlein. Rowland held the lead and Mortara took second out of turn one

A battle between Tom Blomqvist (who had qualified ninth, much further up the order than the 333 cars are ordinarily found) and Sam Bird turned to Alexander Sims’ advantage as he took two places at once, passing them both.

Rowland activated his first Attack Mode almost immediately after it became available, with 38 minutes remaining. Taking the loop of extra track put him down to fourth but he was able to pass Jake Dennis and was challenging Wehrlein by the time Mortara ahead took his own Attack Mode.

When Wehrlein took his first Attack Mode, Rowland followed him through the loop to take his second back-to-back with his first. They both emerged behind Mortara, who was able to hold the lead while they battled behind him.

Carnage broke out in the midfield midway through the race. Sergio Sette Camara hit the rear of Oliver Turvey’s car and damaging his own, earning him a five-second time penalty and probably contributing to Turvey’s later retirement.

Then Lucas di Grassi rear-ended Nyck de Vries into turn seven, breaking the Audi’s bodywork and taking the Mercedes out of the race entirely, De Vries retiring in the pits. André Lotterer squeezed Sims into the wall on the exit of turn seven, Sims collecting a trailing mass of advertising banner that streamed off his car for subsequent laps. He also retired later in the race.

Antonio Felix da Costa and Robin Frijns made contact, both ending up with their own banner-streamers. And Di Grass knocked Bird into Sebastien Buemi out of turn seven.

With 26 minutes to go, Mortara took his second Attack Mode period and was able to avoid losing a place to second-placed Rowland. With 19 minutes to go, an error into turn 10 by Rowland let Wehrlein pass him cleanly into turn 11 for second place.

Wehrlein drew close to Mortara but was unable to make a move, neither having an Attack Mode activation left and both equally matched on energy. Mortara’s control seemed to be much better by that stage, running on clear track. With seven minutes to go Wehrlein was heard complaining he had nearly crashed in turn seven, allowing Mortara to draw out a 1.5-second gap ahead.

Da Costa crashed at that very corner, on what looked like track that was breaking apart, as Mortara indicated after the race. The weight of Formula E cars and their ridged tyres means that on hot Tarmac they can effectively dig up chunks of it, creating hazardous marbles, which would explain why there was so much clumsy action at that particular turn.

Cassidy, who had lurked in fourth for much of the race, passed Rowland for the final podium place on the penultimate lap, after Rowland couldn’t stop himself locking up into turn one.

Mortara crossed the line comfortably ahead and took the championship lead. He has 72 points to second-placed Robin Frijns’ 62, the Virgin driver having failed to score at either Puebla race.

Mercedes keep a narrow lead in the constructors’ championship, with 113 points to DS Techeetah’s 110 and Jaguar’s 109.