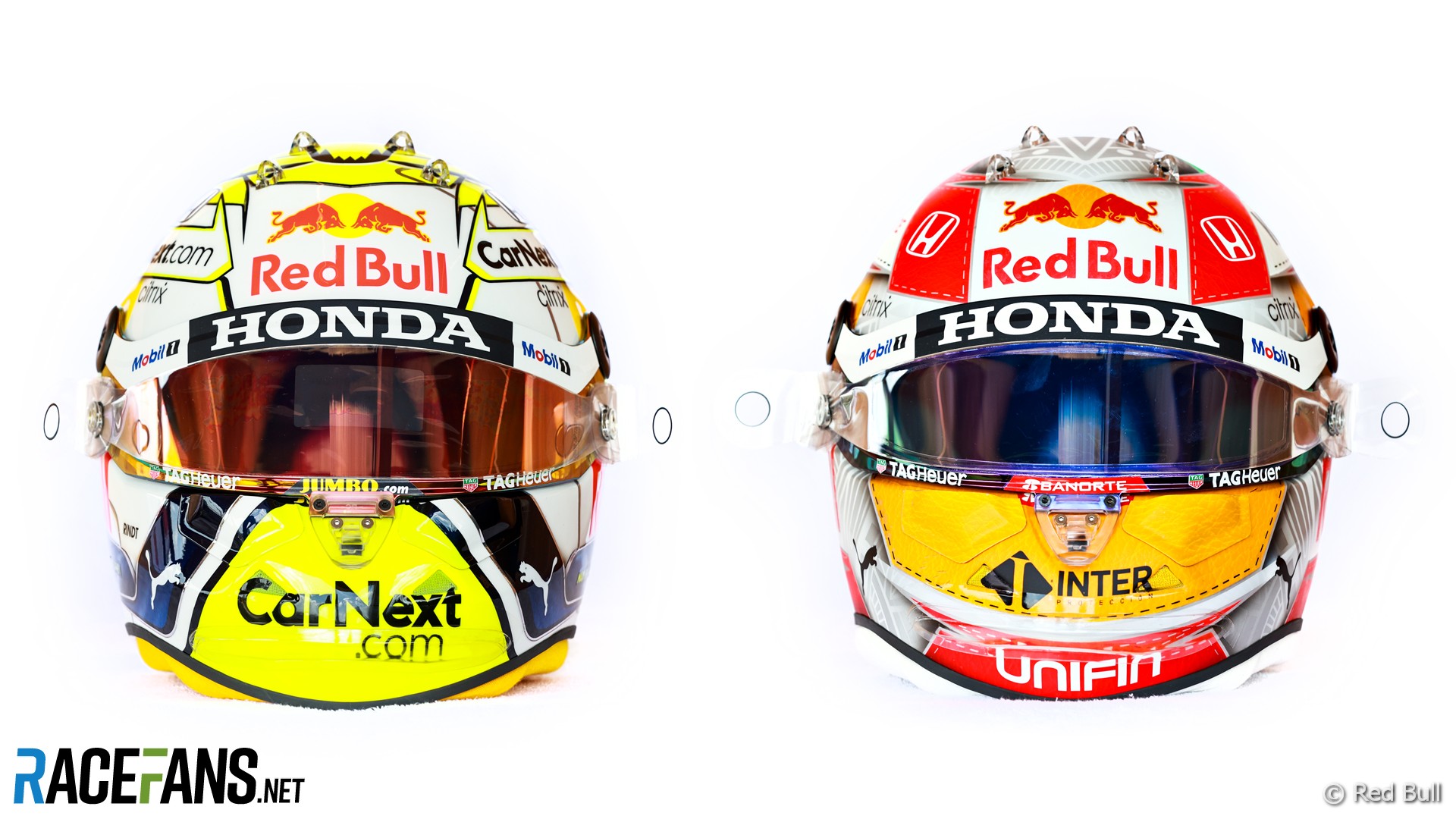 Red Bull drivers Max Verstappen and Sergio Perez are sporting special helmet designs for the first of two consecutive races at the track which bears the team’s name.

It’s the first of three races the team can count as home events. As well as two races in Austria, the following round will take place at Silverstone, half an hour’s drive from the team’s base in Milton Keynes.

Perez has also incorporated the colours of the Austrian flag alongside his more familiar Mexican design, with a hand-stitching effect around the ever-present Red Bull logos.