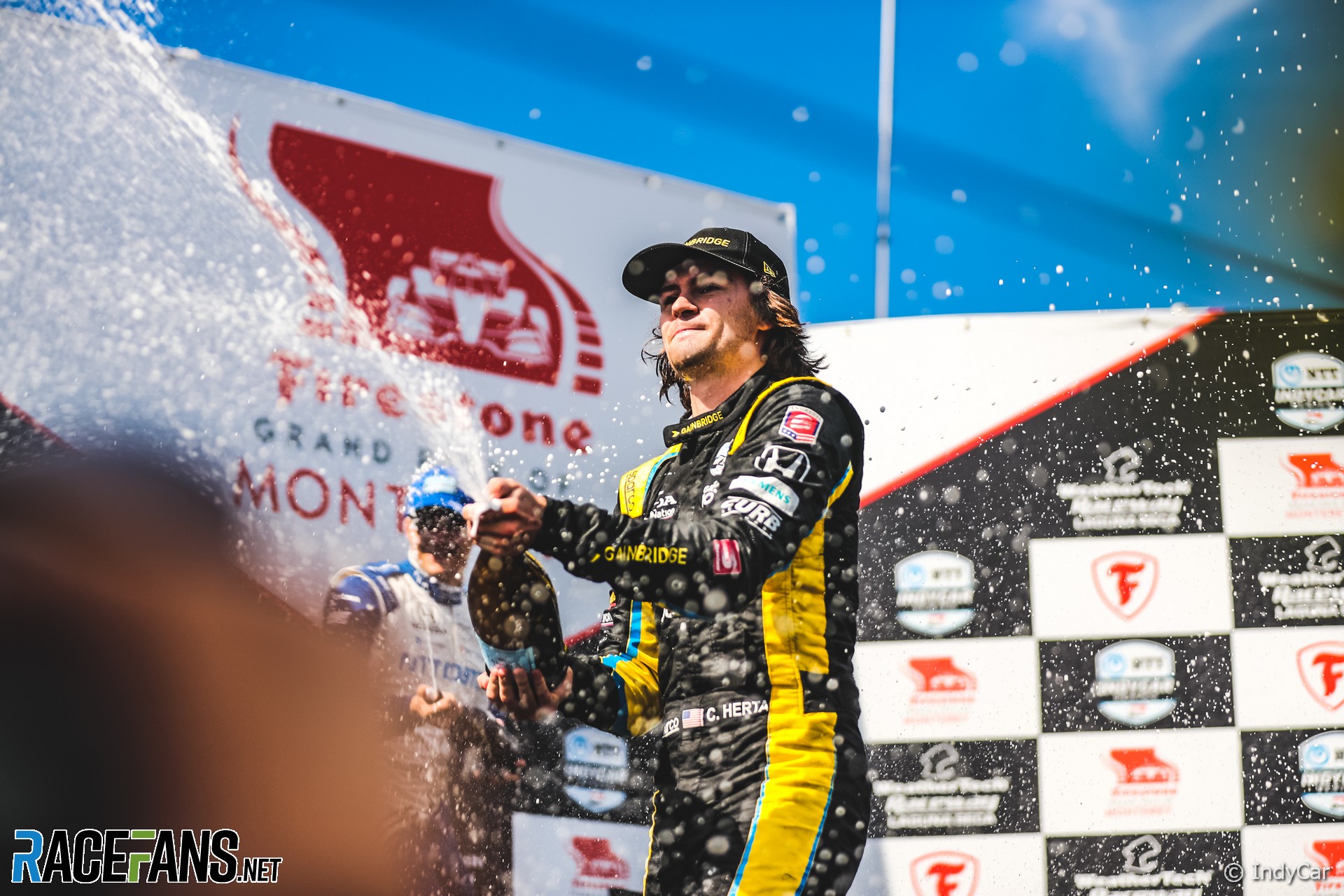 Picking up where he left off when the IndyCar Series last visited Laguna Seca Raceway in 2019, Colton Herta drove to a comprehensive, pole-to-win victory at the Grand Prix of Monterey. Behind him, Álex Palou finished in second place, and took a crucial step towards winning his first IndyCar Series championship in just his second season by building his lead to 35 points ahead of Patricio O’Ward.

Herta’s greatest threat for the win going into the day may have been his Andretti Autosport team mate Alexander Rossi, but on lap two, Rossi tried a desperate lunge up the inside of Herta for the lead at turn five – both cars made contact, sending Rossi spinning off and bringing out the only full-course caution of the race. After the restart, Herta began to build a massive lead before making his first stop at the end of lap 19. In a race that began to favour the harder primary compound tyres, Herta had a strong stint at the front of the field, then made his second stop on lap 43.

After the second round of pit stops, Herta found himself at the back of a train of backmarkers, which allowed Palou to close to within half a second during the third stint of the race. With a new set of primary tyres, Herta was able to pick his way through the lap down cars quicker than Palou, which allowed him to build a margin. Palou found so much difficulty in lapped traffic that his Ganassi crew pitted him on lap 66 to attempt an undercut. Herta made his final stop on lap 68, and emerged from the pits without conceding the net lead of the race.

Herta capped a dominant drive by leading 91 out of 95 laps, and taking the win by less than two seconds over Palou in second. It is Herta’s second win of the season, and the fifth of his career.

The big picture for Palou’s runner-up finish – his eighth podium of the season – is that he can clinch his first career IndyCar title at the Grand Prix of Long Beach next weekend, with a minimum finish of 11th or better, regardless of where O’Ward or Josef Newgarden place.

Romain Grosjean put on a dazzling final stint to drive from 13th on the grid to finish third. Running to the end on the alternate tyres, Grosjean was making aggressive moves through the field, and at one point was catching the tandem of Herta and Palou at a rate of 1-2 seconds per lap. His best chance at moving into the top two faded when he made contact with Jimmie Johnson at the Corkscrew. Both cars continued on with minimal damage, and Grosjean would continue his charge to his third career IndyCar podium.

Graham Rahal also ran the last stint on the alternate tyres, and moved his way from 14th on the grid to finish fourth, while O’Ward survived a few scrappy stints on primary tyres to finish fifth. Marcus Ericsson finished sixth, and Josef Newgarden climbed from 17th to finish seventh and hang on to his slim championship hopes. Newgarden is 48 points behind Palou, needing a win and Palou to finish at the very back to overturn the deficit.

Grosjean’s third place finish moves him to within 20 points of Scott McLaughlin, who finished 12th, for the Rookie of the Year award.

Jimmie Johnson drove to his best career finish in 17th, and Callum Ilott finished 22nd in his second career race with Juncos Hollinger Racing – just hours after a crash in the warm-up session earlier in the day.