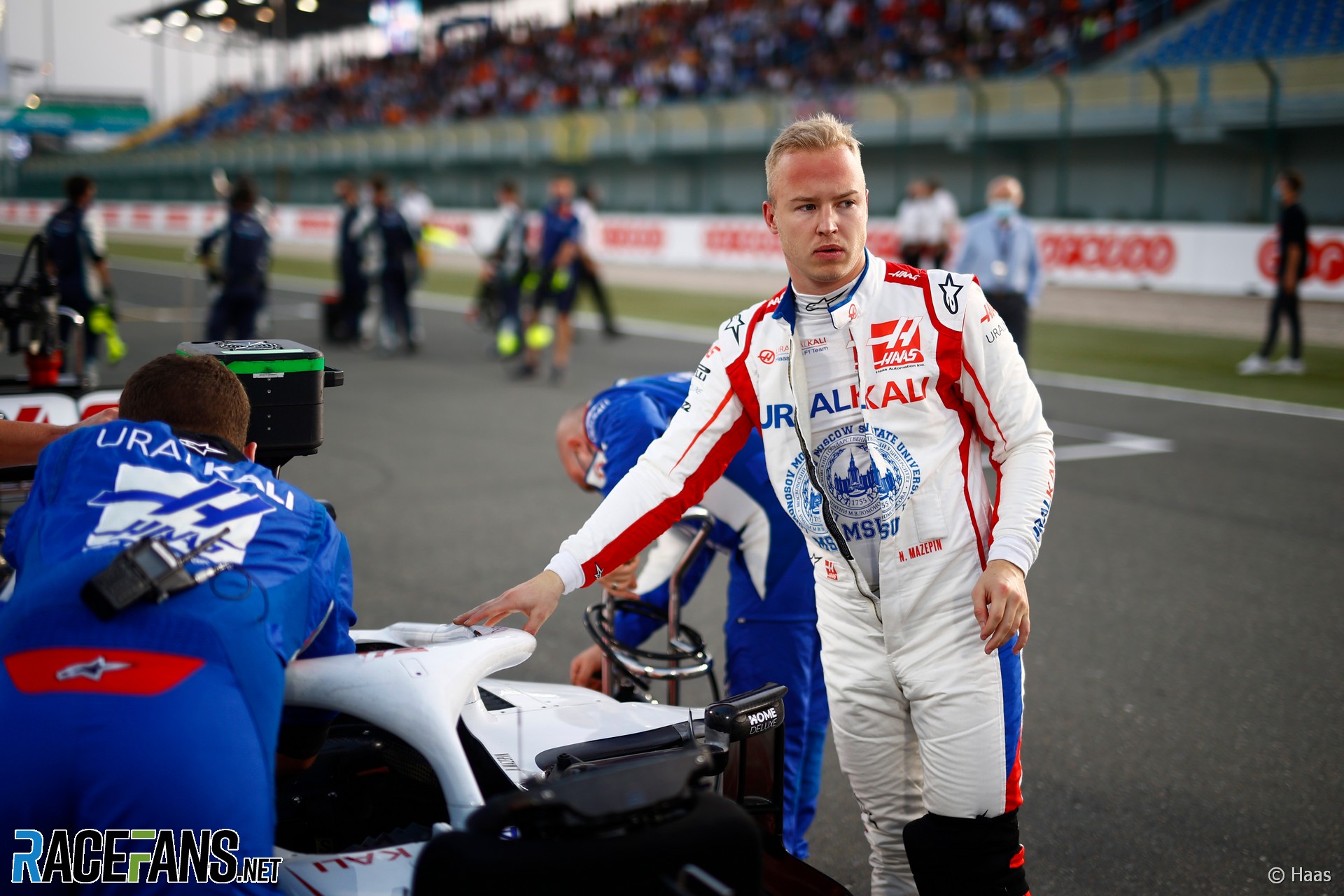 In the round-up: Haas team principal Guenther Steiner says “everything happened that you don’t want to happen” to Nikita Mazepin during his badly disrupted Qatar Grand Prix weekend.

Mazepin out of luck in Qatar – Steiner

Mazepin, who was one of only two drivers to have experienced the Losail International Circuit before F1 raced there last weekend, hit trouble early in the weekend when he picked up damage in the first practice session and had to miss the second. Steiner explained how that led to a series of further misfortunes.

“He damaged then chassis, they changed the chassis and finished it off [Saturday] morning,” said the Haas team principal. “Everything was fine and then they put the car on the wheels and the engine was firing only on four cylinders when he went out.

“So they pushed it back and tried to find the cause and see if we can fix it quickly. And they couldn’t find it so it was decided to take the engine out and change the chassis wiring loom, change all the ECUs, everything possible and then put it back end. The guys did a fantastic job if you think they took the engine out and put it back in a time.”

By this point Mazepin had missed all of second and third practice, leaving him on the back foot going into qualifying. “At his track, confidence level needs to be high because it’s a lot of fast corners, medium and fast,” said Steiner. “If you don’t run, and Nikita ran the last time [Friday] morning, so did the best he could do not to do any further damage.”

Unfortunately he did hit trouble again at the beginning of qualifying. “He just went around then the front wing broke on his first lap on his first set of tyres. Then he was called onto the weigh bridge.

“It was his a no-go weekend, I would say, everything happened that you don’t want to happen,” said Steiner. Mazepin qualified last, almost two-and-a-half seconds off team mate Mick Schumacher, and brought up the rear of the field on race day as well.

Guess who popped by to say 👋🏻? @ShwartzmanRob met the team and had his seat fit ahead of the Young Driver Test next month. #HaasF1 pic.twitter.com/YijpS2Sz4V

"Last year when he was having issues with the DRS, he was always seeing the funny side of it and he was always able to get out of the s*** by himself, scoring good points. Other drivers may have been going crazy, shouting over the radio and then not scoring any points."

"The race is unlikely to be free to air on December 12th. Highlights will be available on Channel 4 as always."

Kimi mixed with a little bit of crazy. That’s intended as a compliment.

The only bit I’m unsure about is indifferent. Difficult to ruffle, definitely. Max often doesn’t seems so much ice cool as glowering, though. Even if he’s well-disciplined and keeps that anger channelled to his driving, most of the time.
David BR