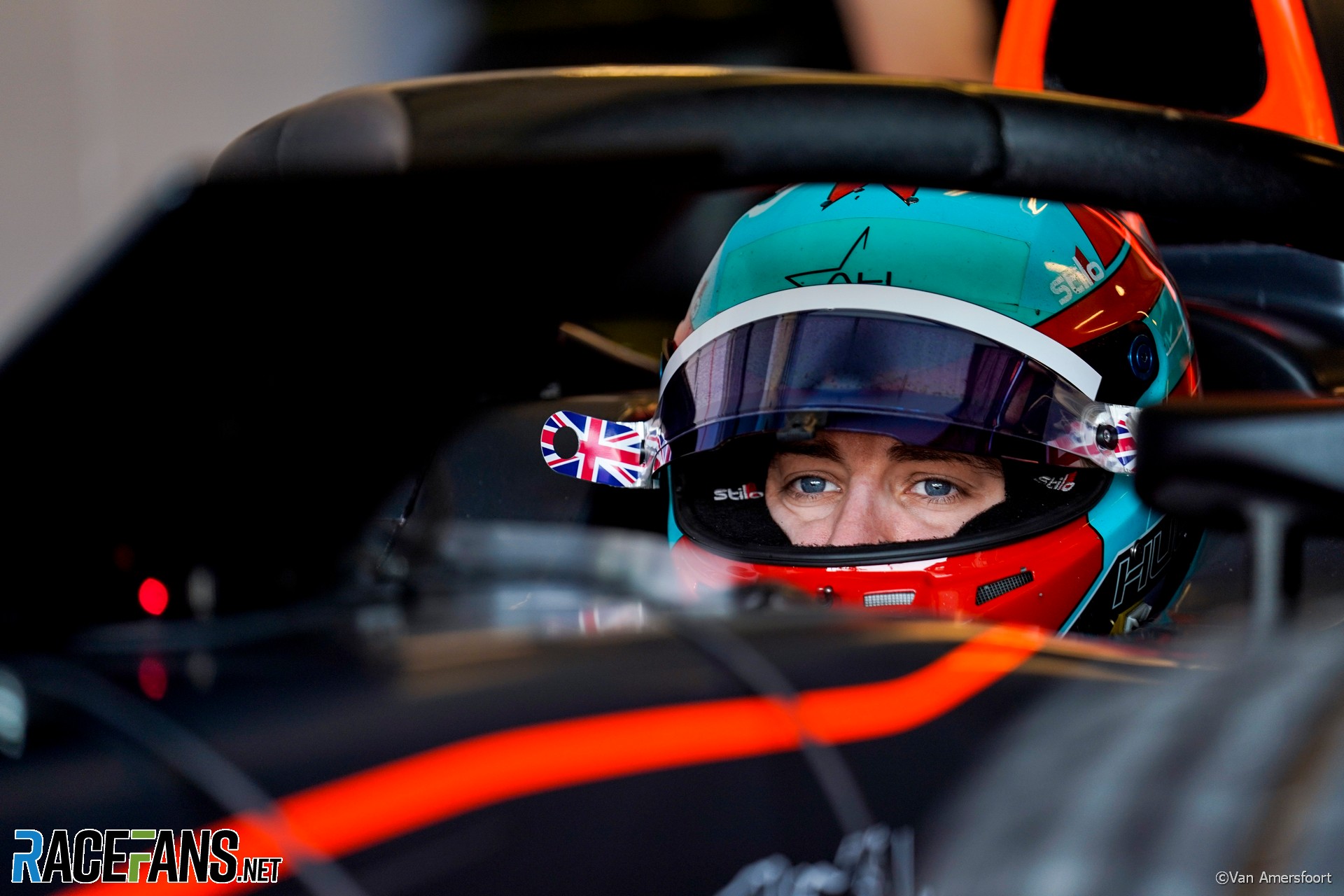 Van Amersfoort Racing has confirmed Jake Hughes as the first of its drivers for the team’s inaugural Formula 2 campaign.

Hughes has made a total of 10 starts in the series with HWA over the past two seasons, but this will be his first full-time drive with a team. Van Amersfoort has taken over the entry previously held by HWA.

Hughes also raced for HWA in Formula 3, netting seventh place in both the 2019 and 2020 championships, with a total of three wins. He drove for Van Amersfoort in their first F2 test at Yas Marina following the end of last season.

The new Van Amersfoort F2 entry is “a very promising project to be a part of”, said Hughes. “The team and myself share a similar vision and a similar drive for success and I’m certain we’ll work very hard to achieve our goals.”

Van Amersfoort has enjoyed success in other single-seater categories and ran future Formula 1 world champion Max Verstappen in his sole season of F3 in 2014.

“Van Amersfoort Racing are one of the most successful teams in single-seaters and have succeeded in all they have done to date,” said Hughes. “It’s an exciting prospect to work with such fantastic people and I’m very much looking forward to the challenge.”

“We are extremely happy with Jake joining us for the FIA F2 Championship,” said Niessink. “We are standing on the brink of a great adventure for which we very much welcome the experience and maturity that Jake brings along.

“During the post-season test at the Yas Marina Circuit in Abu Dhabi, Jake showed to be a highly motivated and professional team player. Jake’s accurate input and feedback already made an impact during testing, which helped the team to progress already in a very short time. His drive and dedication match ours, giving us great confidence for the season ahead.”