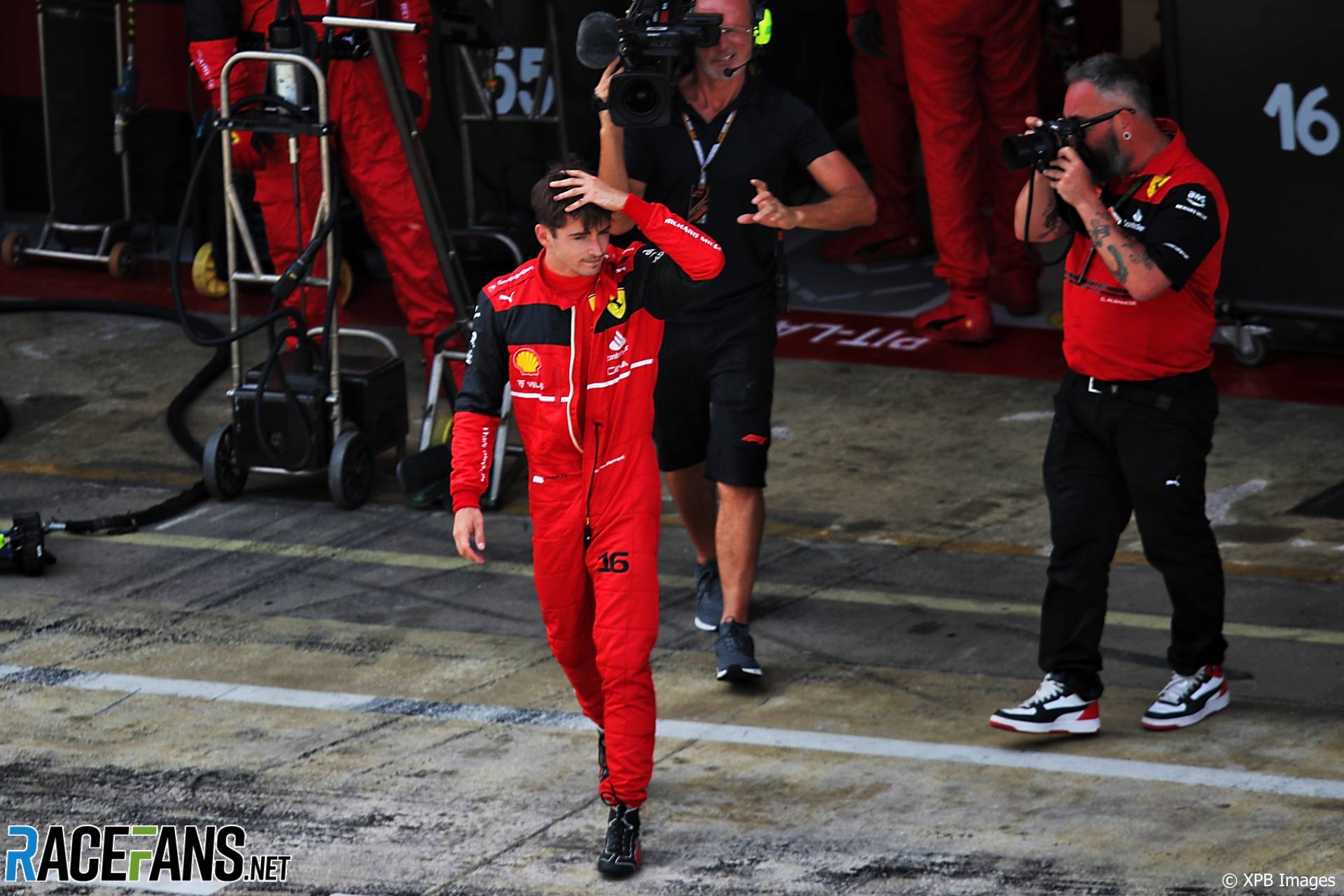 Charles Leclerc stayed upbeat in the wake of his retirement from the lead of yesterday’s Spanish Grand Prix, saying he was encouraged by Ferrari’s improved pace in the race.

The team experienced poorer tyre degradation than rivals Red Bull in previous races and introduced a package of updates for its F1-75 in Spain. Leclerc said the team’s performance in the race prior to his retirement showed they had worked.

“I feel better after this weekend than I felt after the last two weekends,” said Leclerc, who finished second to Max Verstappen in the previous two rounds. “Of course, there is this issue that we had on the car, and I’m very disappointed. But on the other hand, I think there’s plenty of positive signs other than that, throughout the whole weekend.

“Our qualifying pace with the new package worked out as expected, which is not always a given, and everything was working well and our race pace and tyre management.

“Tyre management, after the last two races, we’ve been struggling quite a bit compared to Red Bull and today for us it was strong. So in those situations I think it’s good to also look at the positive and they are there today.”

Leclerc had a 12 second lead when a suspected power unit problem struck on the 27th lap of 66. He believes he would have won without it.

“With the laps I had done, honestly, everything was going really, really well,” he said. “I think it would have been difficult for them to catch back because obviously there was already quite a bit of a gap and we had a very good degradation also on the soft tyre, and could do quite a bit more laps compared to them. So overall, I think we had this race under control.”

The Ferrari driver admitted the retirement, which cost him the lead of the championship to Verstappen, was “a disappointment.” But he offered encouragement to his team after the setback.

“Obviously, once you’re fighting for a championship, you know that every point is very valuable. But over the course of a season, I think it always more or less happens. Which is not an excuse, for sure. I’m pretty sure that everyone is already working so hard to understand all of it and to fix it as quickly as possible.

“But everyone is as disappointed as me today with what’s happened. There was just no reason for me to be angry at anybody going out the car. So I just went to see the mechanics to cheer them up a little bit because they were pretty down.”