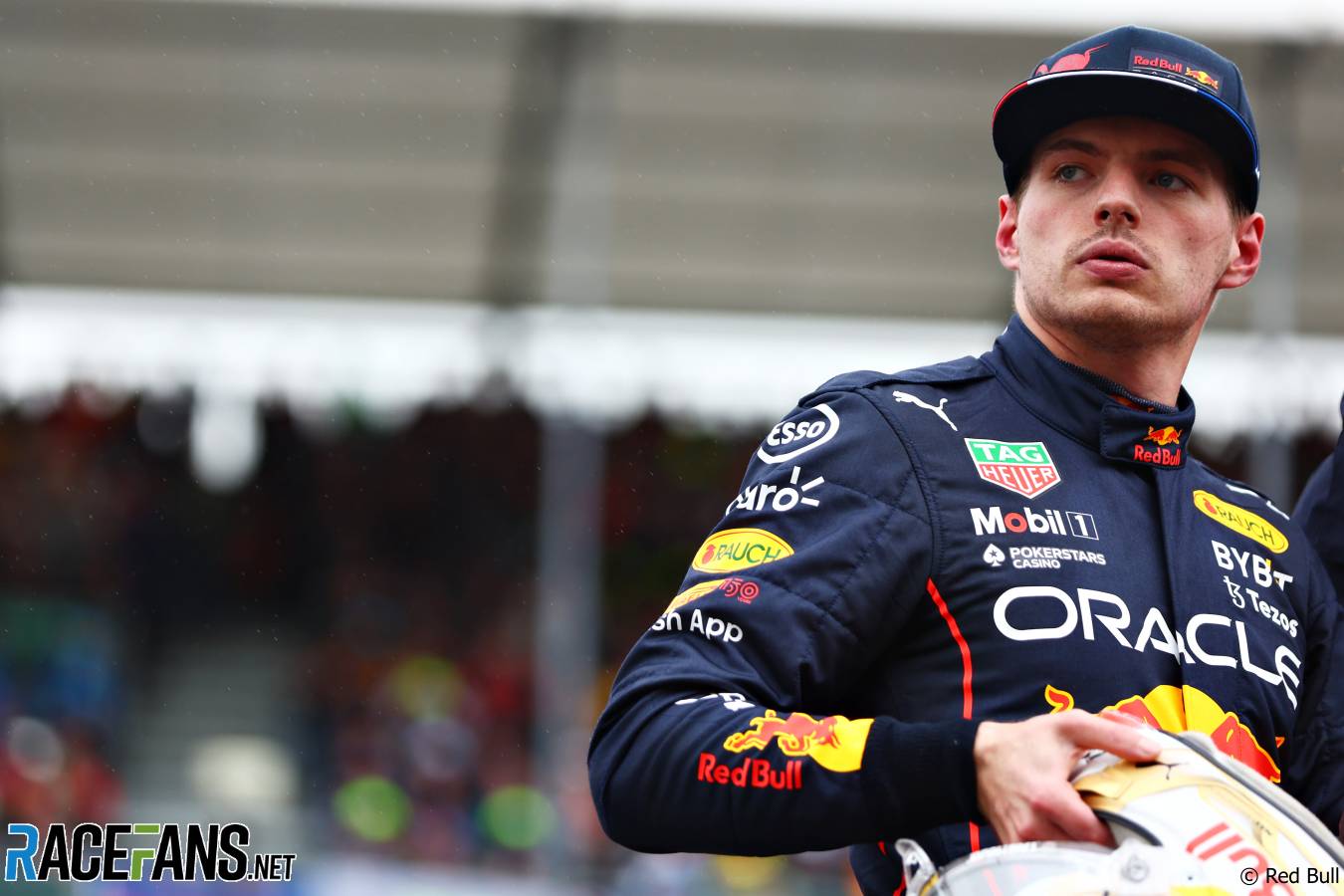 Max Verstappen shrugged off the boos directed at him from some in the crowd at Silverstone after he claimed second place on the grid for tomorrow’s British Grand Prix.

“I was a bit disappointed because I couldn’t really understand Billy which was a bit of a problem,” said Verstappen. “But the rest, I mean, if they want to boo they do that. For me it’s not going to change anything.”

Verstappen prevailed in a season-long championship fight with Lewis Hamilton last year. There were several flash points during the season, including a collision which left Verstappen in the Copse barrier at this race 12 months ago.

Nonetheless Verstappen is happy to return to the circuit. “I am happy to always be here,” he said. “It’s a great track, it’s a great atmosphere in general.

“Maybe some of them, they don’t like me and that’s fine. They will have their own opinions and I don’t care.”

Verstappen led much of today’s qualifying session but fell to second place when he had to slow down on his final lap because Charles Leclerc went off ahead of him, bringing the yellow flags out.

“Q3 was fine, with just my final lap I had the yellow flag so I lifted, not to have any issues,” he explained. “Then you end up just being behind in in qualifying.

“But overall, the car was good so it doesn’t matter. Of course it’s a shame to miss pole position but I also know that tomorrow is the points and that’s what like on a Sunday to go racing, especially when you have a good feeling with the car.

He will share the front row of the grid with Carlos Sainz Jnr, who he held off to claim victory at the last race in Montreal.

“I’m happy for Carlos, of course, to take his first pole position,” said Verstappen. “I think already the whole year we’ve been battling and it’s so tight all the time, every single qualifying or in the race like last time.”