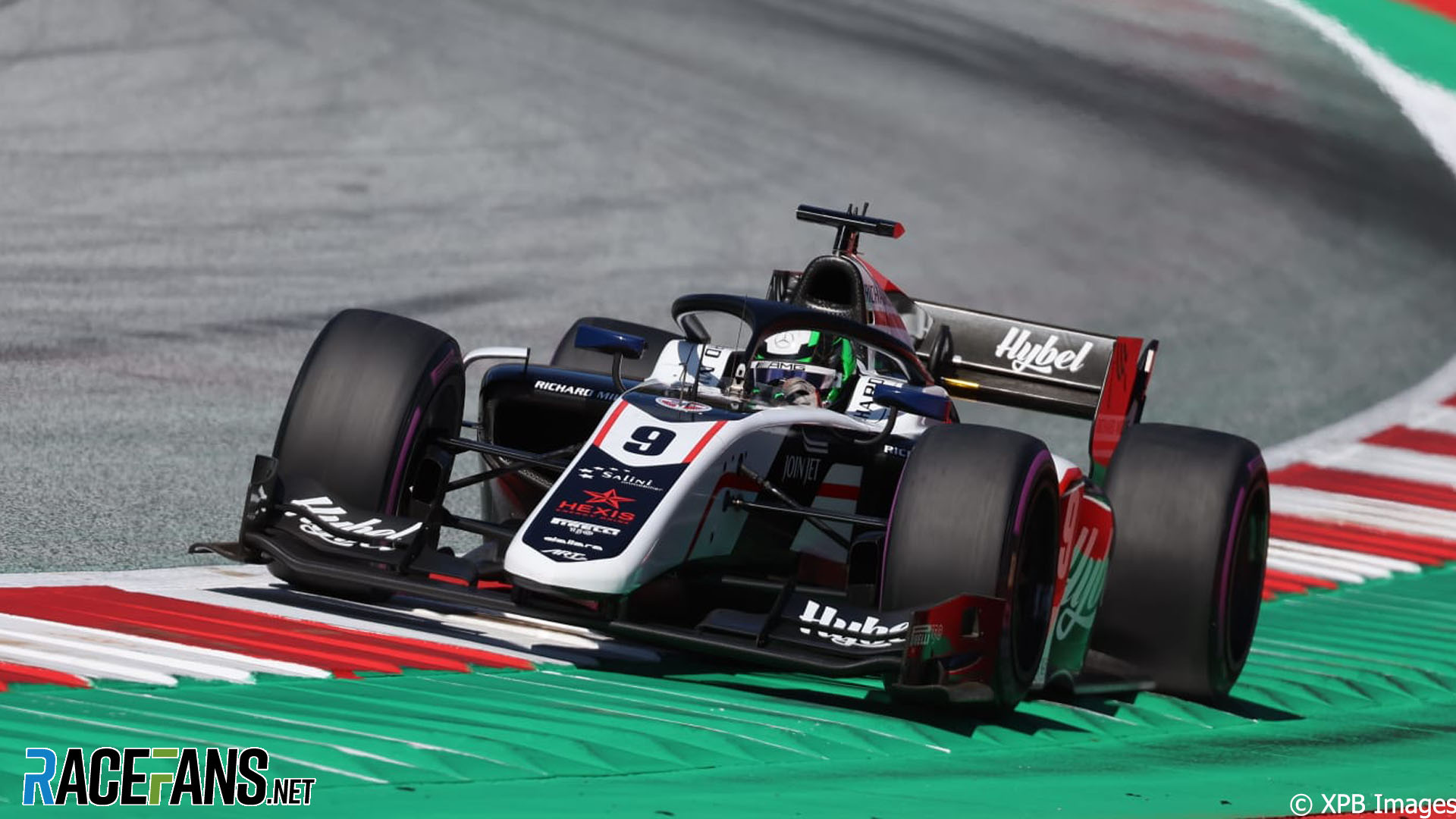 Juri Vips will start alongside Vesti on the front row for Sunday’s feature race, ahead of Logan Sargeant, Ayumu Iwasa and championship leader Felipe Drugovich in fifth.

Jack Doohan set the fastest time in the first ten minutes, a 1’14.414 more than four tenths of a second faster than next-fastest Drugovich, Vips and Liam Lawson.

The early flying laps were completely relatively quickly in the session, with most cars spending the middle phase of the session in the pit lane. With 11 minutes remaining, only Jake Hughes was out on track, having set a time 0.611 seconds off Doohan’s best.

Other cars filed out with ten and a half minutes to go, a queue quickly forming both at the end of the pit lane and into the initial corners of the Red Bull Ring circuit.

Hughes set a time good enough for second, before Amaury Cordeel – returning from a ban for exceeding the number of penalty points allowed on his license – set a 1’14.457 to displace his team mate in second, only 0.043 off Doohan’s time. Hughes’ lap time was deleted for track limits but Cordeel’s was allowed to stand.

Doohan’s time was finally beaten with five minutes to go by Drugovich taking a 1’14.315, only for him to be beaten less than a minute later by Doohan reclaiming the top spot on a 1’14.315.

Frederick Vesti, however, displaced him moments later with a 1’14.123, while Cordeel retained fourth place behind Drugovich and Doohan.

In the final runs, Vesti’s time seemed unbeatable. Vips was able to come within four hundredths and Logan Sargeant within two tenths of a second from Vesti’s time but not improve on it.

Lawson and Marcus Armstrong had their fastest times deleted for track limits violations, demoting each of them outside the top ten.

In the final minutee, Ayumu Iwasa stayed out for a final run after every other driver had returned to the pits. His final lap improved him to fourth position but could not challenge Vesti’s time.

Vesti therefore takes his maiden pole in Formula 2, with Vips starting alongside him and Sargeant and Iwasa on the second row, for Sunday’s feature race. Armstrong claims partially-reversed-grid pole for Saturday’s sprint race, with title contender Théo Pourchaire joining him on the front row.