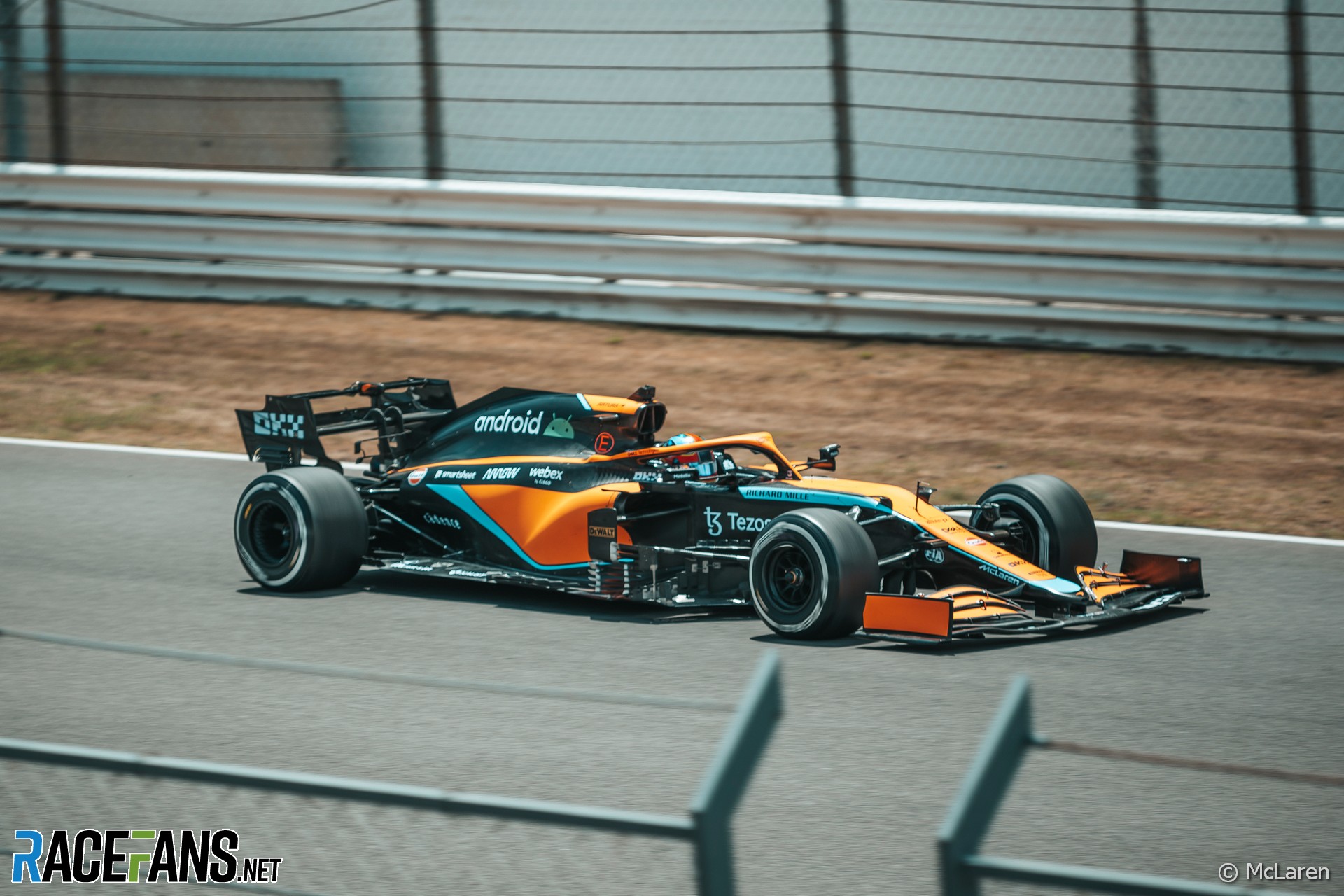 In the round-up: Andreas Seidl says IndyCar drivers Colton Herta or Patricio O’Ward will face a “big challenge” if the team invites them to take part in a Friday practice session this season

Current IndyCar drivers O’Ward and Herta have both tested the 2021 McLaren MCL35M, O’Ward taking part in the post-season test in Yas Marina in December, while Herta tested the car over two days at the Autodromo do Algarve last week.

The 2022 F1 regulations oblige every team to run inexperienced drivers in at least two Friday practice sessions during the season. Seidl says the two drivers will find it challenging to adjust to the new ground effect cars for the 2022 season in the hour they would have in the car should McLaren offer them one of their practice runs.

“Of course, with the 22 cars definitely being significantly different in terms of characteristics to last year’s car, it is not easy” said Seidl. “And then to only have 60 minutes is a big challenge – doesn’t matter for which driver. But that’s the challenge we are all in this year, all teams.

“The key will be when you do this session to then make sure that don’t put yourself as a driver, but also from team side, under too much pressure. We shouldn’t forget that we run the race cars there that we need to complete the rest of the weekend with race engines in and potential race gearboxes as well. So I guess whoever will sit in this car, knowing about how big this challenge is, we will definitely take a very conservative approach together with the driver.”

IndyCar medical director Dr Geoffrey Billows has announced that he will step down and retire at the end of the 2022 season to be replaced by Dr Julia Vaizer.

Dr Billows was appointed medical director of the Indianapolis Motor Speedway in 2006 before taking the role of IndyCar’s medical director in 2016. From next season the role will be filled by Dr Vaizer, who will become the first woman to assume the position.

“Dr Billows and Dr Vaizer have been working very closely together over the last few years, so we know this will be a seamless transition,” said IndyCar president, Jay Frye. “We look forward to continuing to work with Dr Vaizer as she trailblazes into her new leadership position as IndyCar’s first female medical director.”

The sixth round of the Super Formula championship at Fuji Speedway saw Ukyo Sasahara take his first victory in the series ahead of Sho Tsuboi.

Sasahara took advantage of a well timed Safety Car after Yuhi Sekiguchi’s right rear wheel came off his car in the final sector following a pit stop. The Mugen driver held on for the final ten laps to take his first victory ahead of Tsuboi and reigning series champion Tomoki Nojiri in third. Former F1 driver Kamui Kobayashi finished in 14th.

Nojiri continues to lead the championship standings on 93 points, 29 ahead of Ryo Hirakawa.

This year I invited these three talented drivers to Silverstone. It’s so important to pay that forward, support young talent, and work to ensure that the future of motorsport is more diverse than the present. Joshua, Myles and Cordell thank you, I'm proud of all of you. pic.twitter.com/Kcd8NZW4y5

On this day 7 years ago, Jules Bianchi, a talented and promising driver, left us. We will always remember him.#JB17 pic.twitter.com/SYjnDiXOFd

There aren’t enough words to express our full sense of gratitude and respect for Dr. Billows and his service to our racing community. We’re so appreciative of his contributions and so glad we’ll still see him at the IU Health Infield Care Center during the Month of May and more. https://t.co/wqScQjbkfi

Utmost respect for my friend @scottdixon9 and truly happy to congratulate him on 52 wins. Also congratulate his team because nobody does it alone. I hope this is just a step on your continuing journey. Well done. @IndyCaronNBC

That is why @scottdixon9 is a 6 time @IndyCar champion… and all the reply that is needed to all the “is it time to retire” jokers.
Fabulous job by the @PNCBank group and all the men and women at @CGRTeams too 💪🏼

"It was a build-up from one race to the next. If you want to decide the world championship for yourself, you can't play ‘love, peace and harmony’. You have to test limits and go into grey areas to win, especially when two drivers are at such a high level. Then it often gets tight."

"Formula One is collaborating with the Community Fund of North Miami Dade and the Opa-locka Community Development Corporation to help those organizations provide technical assistance, subsidize interest rates on loans and offer a 10% forgiveness on some loans, said Willie Long, president of the Opa-Locka Community Development Corporation. In addition to the $500,000 from Formula One, the Truist Foundation is giving $110,000 to the Formula 1 Miami Gardens Small Business Loan Program."

Palou insists everything will work out despite contract drama (Indy Star)

"I’m happy with my team, my crew, my teammates and with everything. I don’t think it’s going to affect me at all. Obviously, I have more cameras today and more questions to answer that are a bit more difficult than normal, but at the end of the day, I’m a driver and that’s the only thing I know how to do and this is not going to affect me at all negatively – when it comes to performance, maybe even the opposite."

"The FIA expresses its sincere condolences to the family and friends of Bobby East, former USAC Champion and NASCAR driver, who passed away in tragic circumstances. The FIA also expresses its solidarity with NASCAR, USAC and the entire US motor sport community." 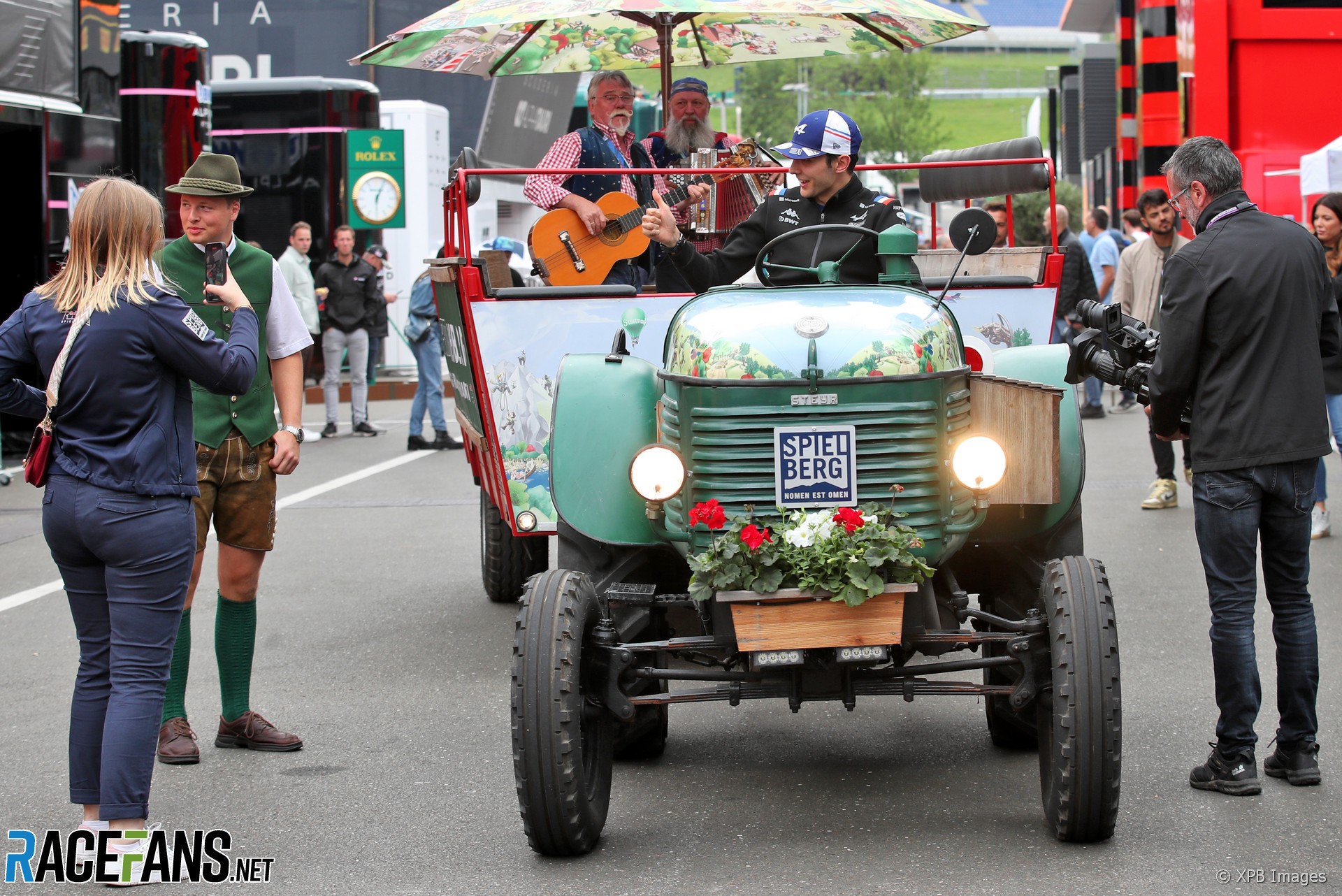 This wasn’t what Esteban imagined when he was told they needed a stunt driver for the getaway scene in a Spielberg movie.
Stephen Crowsen

Thanks to everyone who came up with caption idea this week and a special mention to Rich Hill, Pat Ruadh, Roth Man and Alan D who all came up with particularly good captions.