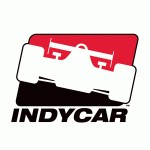 Montoya to drive for Penske in 2014 IndyCar season